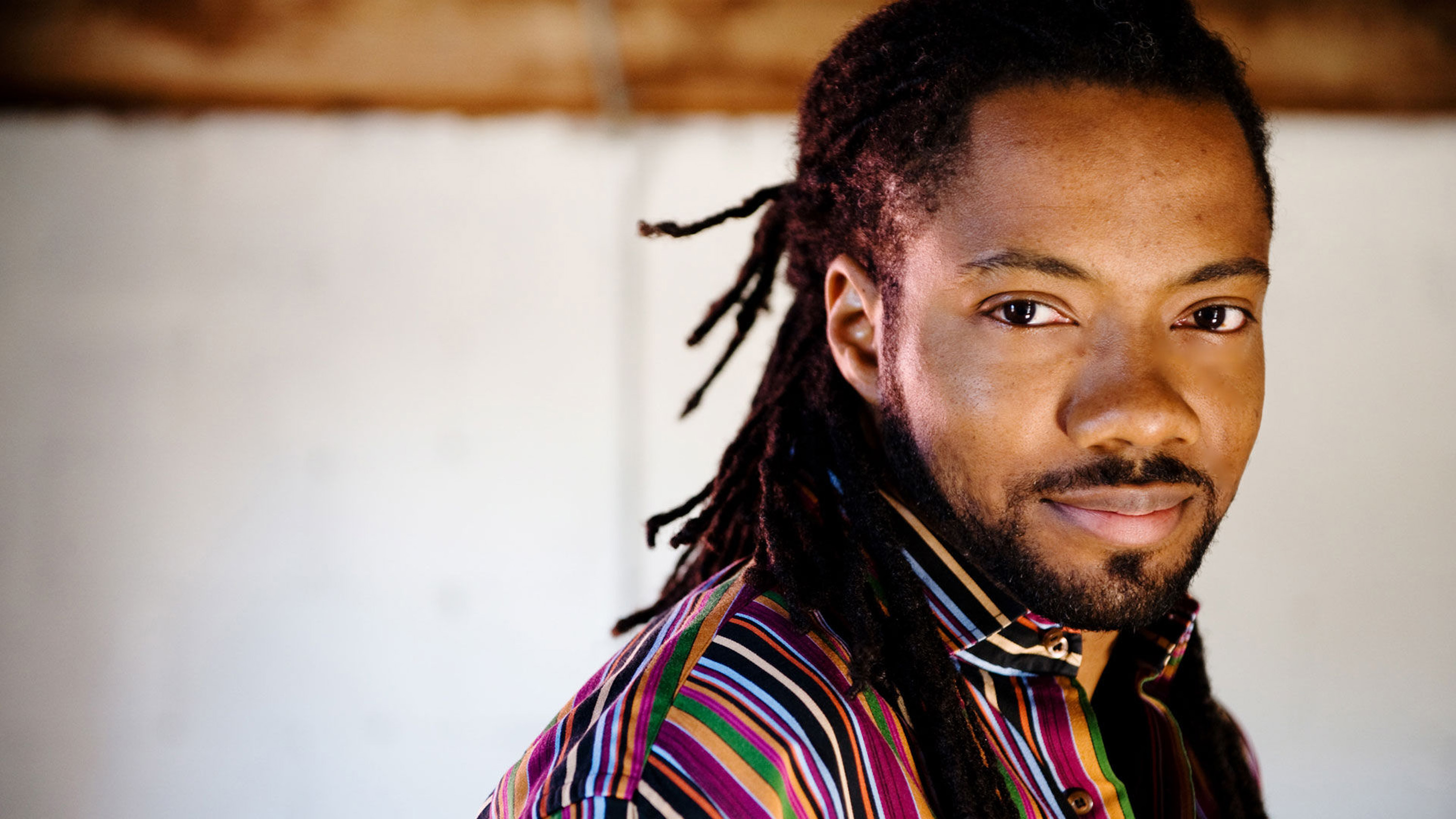 “Be all you can be, but not what you can dream.” Such is the message reverberating in the young and pliable minds of children growing up in an impoverished neighborhood. Without hope, many of these children grow into young adults with the notion that family, school, and the U.S. have failed them. In “Summer in Sanctuary” at The Marsh, teacher Al Letson brings us into the classroom to breathe hope back into children. Writer and performer Al Letson and director Jennifer Welch give us a powerful and poetic performance of Letson’s struggle to “save” the at-risk youth at the Sanctuary Community Center in Jacksonville, Florida during the summer of 2006. Letson describes his “hardest job” in a place where “the n-word is used like a conjunction” and “winning means finding a solution where you can’t lose.” In such an environment, we see that the only hope lies in “a frail word, love.”

Letson describes the lurking beast of ignorance  hiding among the kids, threatening to ensnare each unsuspecting victim in endless violence and poverty. The adolescents at The Sanctuary display blatant immaturity in the classroom, while they face life-threatening challenges in the streets.

Among his charges, 14 year old Biko tries to play it cool in the African American community, even while his lingering African accent betrays another layer of separation from his own group. Growing up with a single mother and five siblings, he has no significant male role model, aside from a mix tape by Lil Boosie. When he encounters trouble in the neighborhood, his bravado pales in comparison to the gun he faces. But he refuses to retreat. In Biko, Letson uncovers a complex psyche, caught between “the flavors of shame and pride mixing together in ways that no one could untangle.” Letson’s words float around us, while his feet rock back and forth, back and forth. We are enveloped in Florida’s hot summer wind, the beckoning freedom of the Atlantic Ocean, and The Sanctuary director, Miss Vicky, who maintains her sweet, unbroken spirit.

Letson expertly and precisely impersonates each child. By the time we see videos of Biko and the other kids, we feel we have known them for the whole summer.

Multiple motifs emerge from Letson’s 90 minute monologue. Media is an important component of his relation to and connection with the youth. We see the negative impact of song lyrics on their judgment and reason. Love is powerful and passionate, but is rarely reciprocated. And survival is not always guaranteed. Any one of his cameos can satisfy our emotional cravings. When put together, Letson puts out a stupendous buffet of emotions.

It is difficult to imagine Al Letson feeling powerless with these children, with his long dreadlocks and Notorious B.I.G. T-shirt. But when eleven year-old Angela spits in his face for the fourth time, screaming, “I fucking hate you!” we can feel Letson’s will power beginning to crumble. We sit spellbound by Letson’s powerful hands and glistening eyes. Close to tears, he concedes, “You can’t save them all.”  And he leaves us with the scars of his own bruised heart.

“Summer in Sanctuary” takes us on a roller coaster of emotions and leaves us wondering if there can ever be a happy ending for children who live in a cycle of poverty. How do we address school issues to motivate them to find meaningful solutions? Letson is brave enough to avoid seeking perfection. Instead, he uses his despair and powerlessness to fuel the battle with increased vigor. As he says, “Who will fight your battle, if you don’t put on the armor yourself?”

Letson lets us know that “Everyone has a song.” Let us continue the fight for these children by keeping Letson’s beautiful song alive.