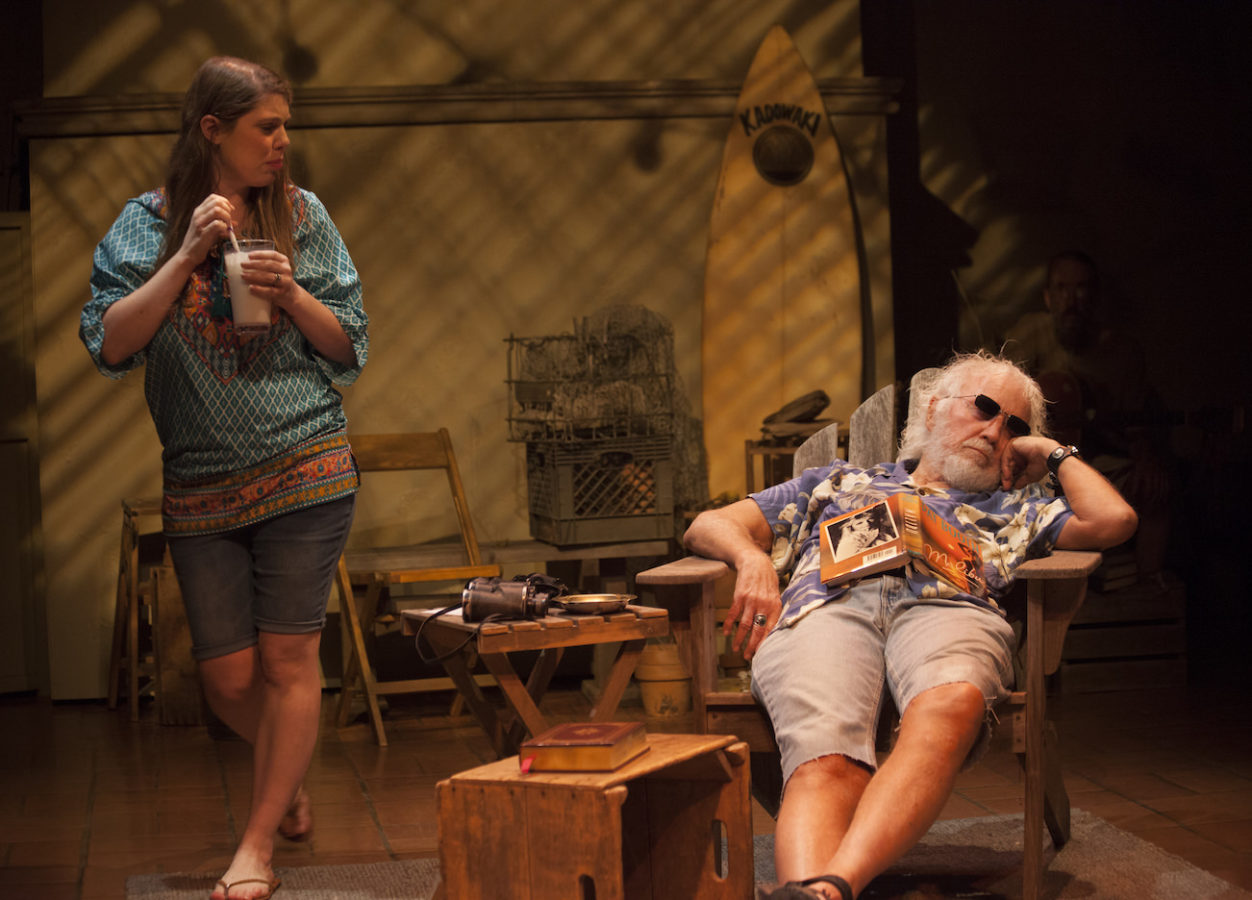 A New Look at Evolution vs. Faith in the 21st Century

Be prepared for a wild ride of imagination in Indra’s Net Theater’s “Darwin in Malibu” at the historic and beautiful Julia Morgan “Castle,” the Berkeley City Club. Director Bruce Coughran  deftly takes us  on a romp through science, philosophy, and fantasy. In “Darwin,” playwright Crispin Whittell updates the famous 1860 debate on Evolution versus Faith at The Royal Society.  That debate raged between the scientist Thomas Henry Huxley (a dynamic Robert Ernst), and Bishop Samuel Wilberforce (a righteous Stuart Elwyn Hall).

Huxley and Wilberforce immediately resume their old debate—with comic and self-revealing taunts, making the best moments of the play. The unlikely setting of Malibu meshes nicely with the fact that they have all been dead for over a 100 years.  Surprisingly Darwin’s Origin of Species, his groundbreaking and often validated theory, is still being vigorously debated! A defiant Wilberforce claims that his “new” church in Alabama stands firmly on the side of Faith as he denounces the claims of science.

As the play opens, we find Charles Darwin (the talented George Killingsworth) asleep in a chair on the porch of his beach house in Malibu. His wild white hair and uncombed beard, cutoff jeans, and Hawaiian shirt mark him as a typical beach bum. He is awakened by Sarah (the vivacious, sardonic Leandra Ramn), a young, California beach girl, who serves him smoothies and laments her lost boyfriend.

We are also surprised to learn that Darwin is not engaged in scientific study any longer, but instead in reading books like Malibu, a trashy romance novel, and checking horoscopes. The scientific genius has taken a new path in California.

They are soon joined by Darwin’s old friend Huxley, dressed in a white Victorian suit, entering without notice because the spacy Sarah has left him waiting on the beach.  Huxley, dressed in full white suit, contrasts with Darwin’s hippy beach togs. Huxley tries to summon up the old Darwin, recalling his many defences of Darwin’s theory. Soon after, Bishop Wilberforce, sweating and hot, climbs up to the porch. The Bishop, overdressed, in the heavy black suit and vest of a Victorian clergyman, is poised to relish a fierce debate between Science and Religion, but his joy is short-lived.

The Bishop announces that he has come to convince Darwin and Huxley that God, indeed, created the world—and not Evolution. He is there to make one last attempt to convince Darwin and Huxley that they may still get to heaven. In a humorous twist, Darwin points out that Wilberforce himself has not been admitted to Heaven, a fact Wilberforce unhappily admits. Wilberforce suggests that the three of them may be in Purgatory! His arguments do not persuade anyone and we are left uncertain whether the play is about Darwin or about secrets of life and death.

Darwin himself appears more preoccupied with watching the pelicans on the beach than in the finer points of theology Wilberforce proposes.  You would imagine that someone who had made his career studying nature for the purpose of science would be more engaged in the debate. Whittell has given us a Beach Boys’ version of Darwin, reinforced by Sarah’s twice singing “Only God Knows.” Killingsworth’s Darwin acts rather smug and aloof, making it hard to engage with him. Only when Darwin recalls the loss of his beloved daughter, Anna, whose early death shook his faith in God, do we see his melancholy humanity. Huxley and Wilberforce bring passion to the debate, but their arguments makes a “bromance” between them, not really about Darwin, at all. Their friendly debate provokes our interest—are they old enemies or new friends?

Whittell wants us see their love for their daughters, more than the intellectual debate. When Darwin admits to Sarah that she represents both his wife and daughter, he strikes to the heart of the play  Perhaps it is a Purgatory they are locked in, as they wonder not so much about “where we came from as much as where do we go when we die.”

The play is enjoyable for its lively performances, but the leaves us unfulfilled because of its light treatment of serious issues. Despite being billed “Darwin in Malibu,” it is neither scientific nor theological, but a lesson on life.