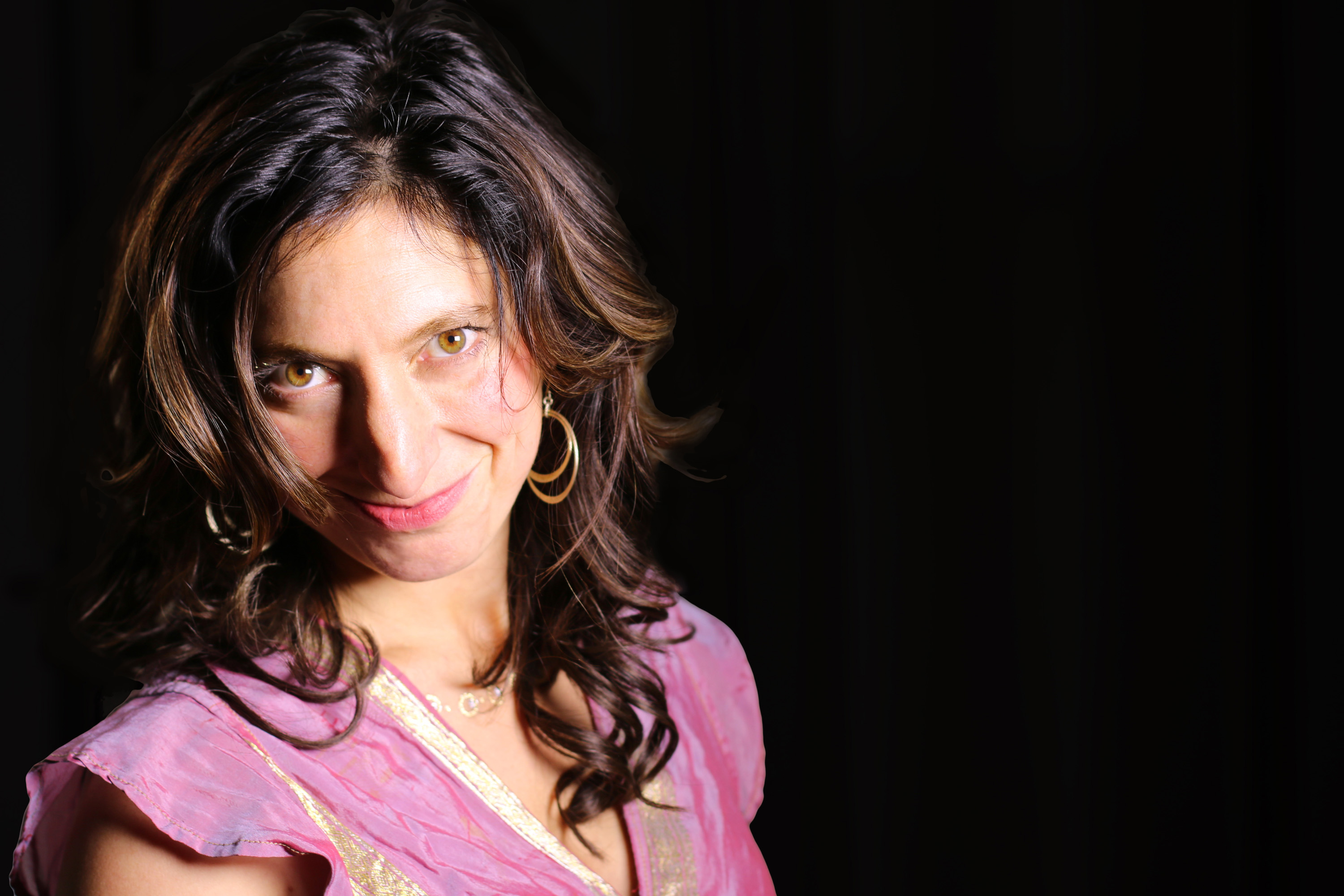 More like a court jester than an L.A. princess, Alicia Dattner has not only performed stand up comedy for a dozen years, she actually has a degree in it. Who knew? Even after winning New York and San Francisco solo comedy awards, Alicia has taken her love of making people laugh, and given it a spiritual makeover. In “Eat, Pray, Laugh!” she stamps her unique touch on story-telling by bringing enlightenment to comedy, using the story of her life.

Creator of several one-woman shows, “The Oy of Sex” and “The Punchline,” Dattner takes us on an Elizabeth Gilbert-like journey. Dattner parodies Gilbert’s Eat, Pray, Love by borrowing the best-seller’s appeal to adventure. So, it’s no secret that her journey takes a familiar route. Alicia fully acknowledges she’s just another white American woman who left her soul in India. Now she echoes A Tribe Called Quest: “Got to get it, got, got to get it.”

As the show begins, I am bitten by nostalgia as the Kirtan (traditional Indian singers) invite us into a melodic chanting: “I say Jai Ma (Divine Mother) and you repeat back Jai Ma.” I found myself caught between my childhood years of begrudgingly sitting crossed legged on brown fuzzy carpets and last week’s Kundalini class at Yoga Tree.

The chants are the same but this time it wasn’t my heavily accented uncle I was mimicking, it was more like a cross between Hare Krishnas in Washington Square and my Israeli meditation teacher with a nose ring.

I enjoyed hearing the language of my ancestors and the traditions of my culture at the welcoming Marsh theater in Berkeley. I wonder, “What drew Alicia Dattner to this journey?” Why is an American woman so attracted to my country of birth? How does a self-proclaimed “Jewish American Princess” tell the tale of my beloved India?

Alicia takes us on her journey through aromatic and obscene smells, calm and chaos, bliss and harassment—while seated in a simple chair, wearing a soft pink and gold silk Indian blouse and traditional Indian slippers as her only stage props.

As a daughter of an atheist and a Jew, she eagerly engages in self-deprecation. She reveals herself, with humor— as a self-obsessed, anxious, love addicted, spiritual seeker with a desire to travel to India. When her nervous father arms Alicia with antibiotics, she knows he doesn’t exactly approve; but her response gives us a taste of her witty inner conviction:  “I need to go to India, to … find out why I went to India.”

By the end of 90 minutes of “Eat, Pray, Laugh!” the house is full of laughter. An animated, graceful, and awkward Alicia uses her body to show us the paradox that is India. Her India promises eternal inner-peace with no traffic laws or toilet seats.

Her search for love through spiritual attainment takes her to ashrams, mystical mountains, and meditation centers. Guru after guru, nothing prepares her for the flurry of mustaches and randy men asking for her hand in marriage–on the streets, and in the rickshaws (Indian mini taxis).  Even while paying for her goods at the market, she is in danger of being ripped off and courted at the same time.

She proves that you can fly half way across the world, but you cannot leave your baggage at home. She changes her name to “Ananda,” the Sanskrit word for bliss. But Dattner/Ananda is still prey for creepy European yoga teachers trying to “asana” (bendy yoga moves) their way into her pants.

Nevertheless, Alicia allows us to feel that travel can cure her a trapped soul. Travel makes you “suggestible,” like ready to jump on the back of a motorcycle with a silent yogi.

Dattner meets Govinda, a guy who is also determined to merge with the purity of his soul. He feels like a saving grace, only to show his true colors, later.  Fresh from a stint of long-term silence, Govinda breaks his fast and makes sure Alicia knows he’s a “better” spiritual student than she. Dattner perfectly impersonates Govinda’s pompous style, exposing him as a wannabe Buddha.

Finally, we are revived and hopeful when Alicia demonstrates what it really means to be spiritual: Just BE. The real India, at least the one I know, comes alive when Jai Lakshmi, a villager on the bus, shakes her head at Alicia and says, “Come to my home, no?”  That’s what Indians do. They invite strangers over, feed them greasy sweets, and fawn over the “American.” Dattner has discovered her India.