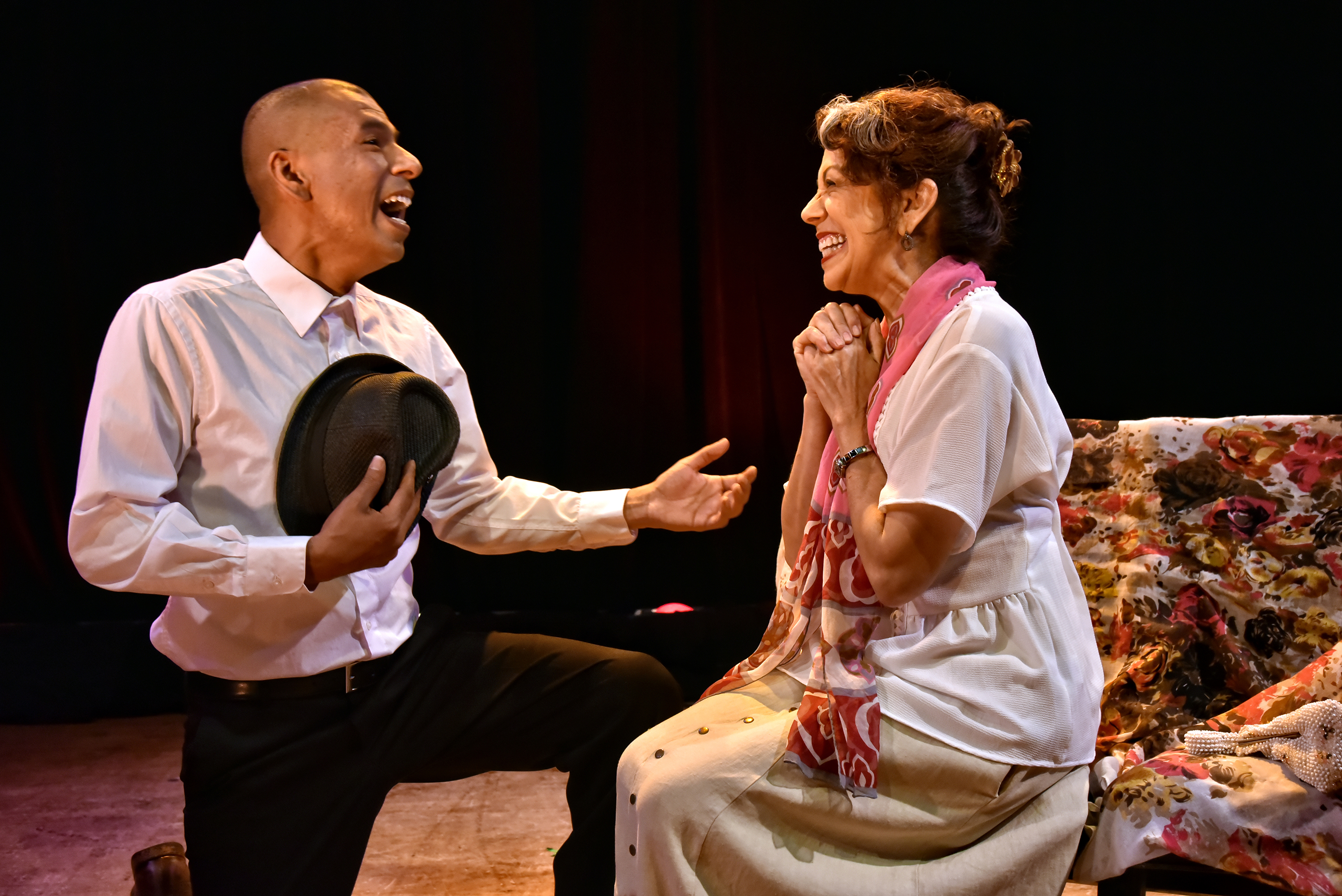 “And My Back Bled Tears”: Cherríe Moraga Reclaims La Malinxe

Cherríe Moraga’s new play “The Mathematics of Love” exposes the heavy burden of history on indigenous and Chicana women.

Clocking in at almost three hours and unapologetically intelligent, the play places a significant burden on our attention. The payoff is a deep understanding of the thorny dilemmas faced by Chicana and Native American women—as they deal with their internalized guilt over their attempts to achieve a modicum of agency and pleasure.

The setting is the lobby of the luxurious, if dated, Biltmore Hotel in Los Angeles, where Peaches (Rose Portillo), her Anglo husband, Poppa (George Killingsworth), and their daughter (Sarita Ocon)—all perfectly cast—are waiting on “God,” Peaches and Poppa’s beloved son.

Not surprisingly, “God” never arrives. But the wait reveals a poignant family and cultural history, full of wit and shared laughter. The family drama magically blossoms to reveal re-enactments of crucial moments in Peaches’ backstory, including her complicated relationship to the iconic figure of Malinxe (newcomer Veronica Maynez), the sassy mistress of Spanish conquistador Cortés.

Peaches heartbreakingly remembers and forgets her history. Building on the details of her mother’s struggle with Alzheimer’s, Moraga uses the motif of the betrayals and comforts of memory to deftly portray radical shifts in time and place. This playful use of time travel allows for an elaborate exploration of the fraught bond between Peaches and Malinxe, from Cortes’ conquest of the Aztecs to 1990s L.A.

The multiple roles the cast members are asked to play add to the fluidity of “collapsing time and space.” Nana (Carla Pantoja) begins the performance by ritually sweeping the set—while Tongva singing plays in the background, a reference to the indigenous tribe that once inhabited the L.A. basin. Pantoja plays three roles: a maid, a bellhop, and a cigarette girl, bringing her impeccable comic timing to each. As Nana, she is both maid and confidante, overseeing the fascinating and constantly morphing history of Malinxe and Peaches.

Carlos Aguirre also expertly performs his shifting roles: a charming hotel bartender, a protective chauffeur, and an unreliable lover. The dreamscape of mutable time and roles make “The Mathematics of Love” a beautiful and haunting spectacle.

Cherríe Moraga has given us a provocative new play that creates a fascinating intersection between past and future, the personal and the cultural—demonstrating her seasoned sophistication as both playwright and director.

“The Mathematics of Love” written and directed by Cherríe Moraga, with Ricardo A. Bracho, Assistant Director Karina Gutierrez, at Brava! for Women in the Arts, San Francisco, through Sunday, August 27, 2017. Info: brava.org