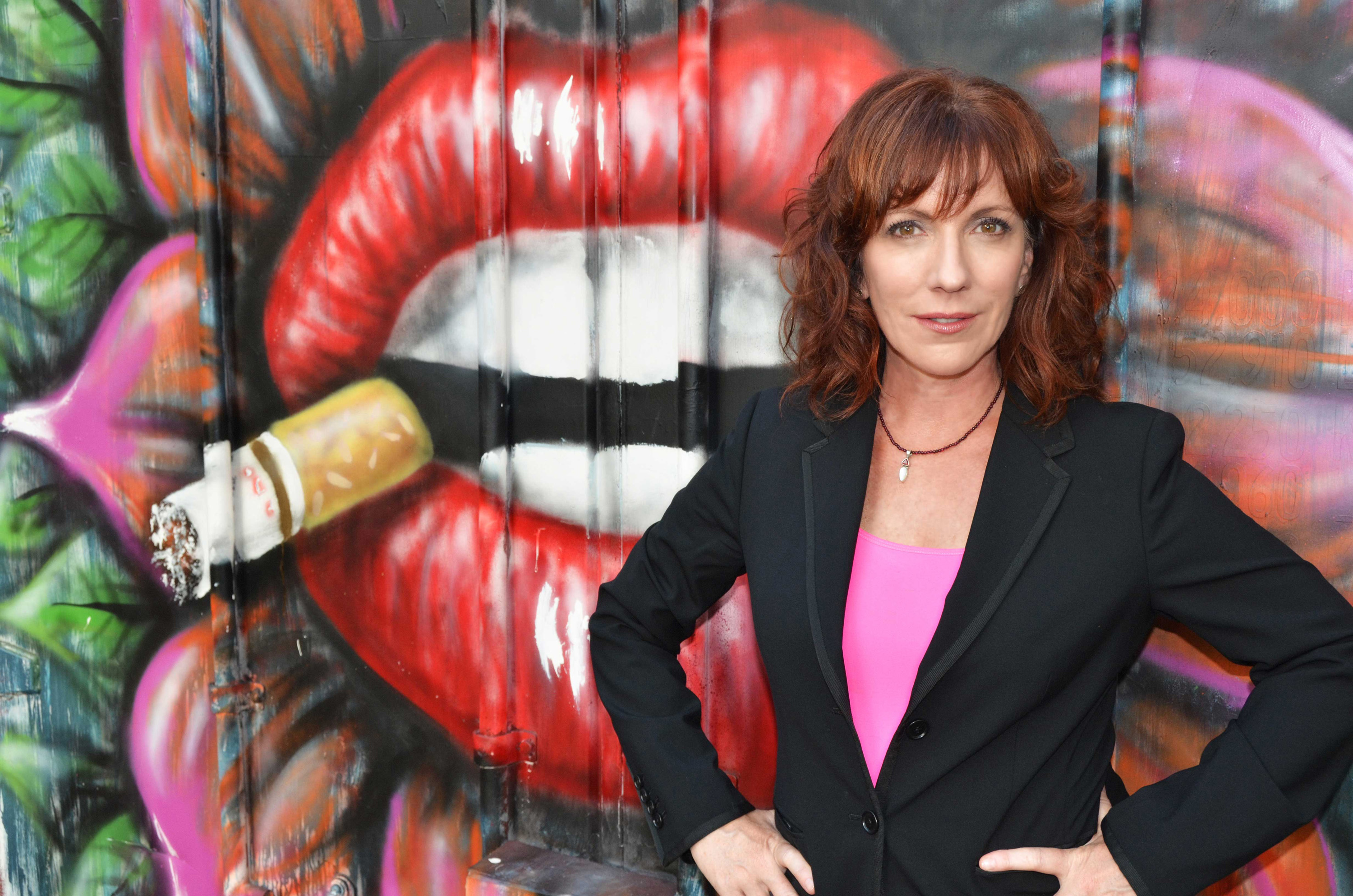 Maureen Langan’s “Daughter of a Garbageman” challenges us to rethink the American path to success. Langan, the unapologetically bubbly and earthy talk show host, blames her parents and the U.S.  for her lack of a book deal–even though she has an English degree.

From her Bronx Irish immigrant father Hughie, Langan learns to identify with the poor and neglected. The touching tale of her strangling-on-food phobia exposes her early fears of expressing herself. A fantastic wordsmith, Langan expresses the lack of self-acceptance that lingers in many of us.

Her acting chops shine when teenage Maureen is interrogated by three specialized doctors, whom she refers to as “ologists.” Her eyes droop in sadness as she looks around for help, for a way out of the family box.

Her phobia stems from Hugie’s tale of his “colored” friend who died by choking on his tongue. As a woman of color, I finally connected the dots. Many of us  are familiar with fear. We do ‘choke on our tongues’ in this country: No wonder the Black Lives Matter movement grew so quickly!

She recounts intimate stories about Hughie, a sanitary worker in New Jersey in the 70s.We crack up when she reveals how her dad boldly steals salt and pepper shakers at the local restaurant. Langan puts on reading glasses to skillfully transform herself into her father. In a heavy South Bronx accent, Hughie Langan tells her if she “works hard, life will reward you.” Today, she totally calls bullshit.

For her poor Irish Catholic family, Christmas presents a big challenge. Her father works overtime to provide presents. But ten year old Maureen is crushed when Hughie, in a drunken rage, shatters their tree.

Finally Maureen sees through her father’s stale, outmoded ideology. After all, how does unworthy Kim Kardashian publish a best-seller before her?  How does Trump rise to power via “reality” TV? Now, she sees that her deluded father set her up for failure. Americans value raw sex and so-called “reality shows” over substance. It’s all based on flim-flam and fantasy!

Her prudish Irish mother, Ann, slaps the bejeezus out of her daughter if she even mentions sex. Hilariously, Maureen imitates Ann’s musical accent as she scolds the teen aged girl. Because Ann Langan bans Barbie with her plastic boobs, Maureen suffers with a Chatty Cathy doll.

As a successful writer, comedian, reporter, and talk show host, she takes us on a trip from garbageman’s daughter to self-acceptance.  Maureen Langan accepts her quirky parents, difficult childhood, and superficial culture.

Langan even passionately educates us about the elusive semicolon. But her show needs a semicolon to tie together her impoverished early days with her rant against undeserving fame and fortune.

Even with the beautiful portrayals of her parents, the show starts slowly. Projections of old fashioned New Jersey home scenes connect us with a bygone past, a touching effect and a nice change of pace. Without them I would miss the miserable creepiness of that Chatty Cathy doll.

Phat asses and vaginas oppress us, instead of authenticity. Langan analyzes and bitterly obsesses over Kim’s and President Orange’s successes. She’s not afraid anymore, and she’s angry.

“We all want to feel special and desired.” “Books come from stories not vaginas.”

“Daughter of a Garbageman” by Maureen Langan, directed by & developed with David Ford, at The Marsh, San Francisco, through Sunday, April 28, 2018. Info: themarsh.org