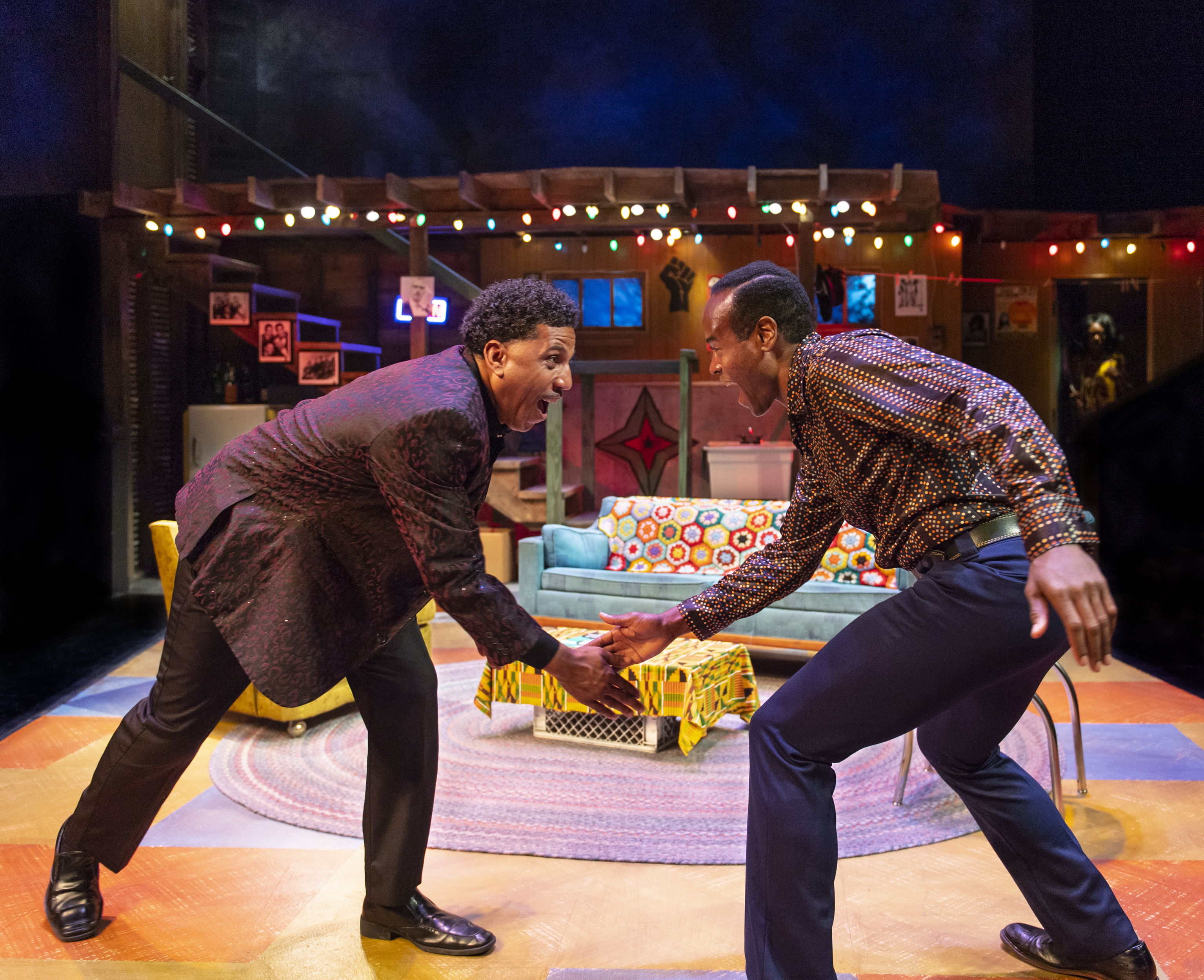 In Detroit in the long hot summer of 1967, the political winds are burning hot—under Lyndon Johnson, Martin Luther King, Jr., Malcolm X, and the anti-Vietnam war protests. Police brutality against African Americans in the big cities is boiling up and the lid is about to blow off. The season of political uprisings is raging, already, leading up to the Anti-War demonstrations in Chicago in 1968, at the Democratic Convention.

To bring it all forward to us, skillful Director Darryl V. Jones and artful set designer Richard Olmsted have created a down home, convincing rent-party basement for “Detroit ‘67” by Dominique Morisseau. The knotty-pine downstairs with its echoing wooden staircase and Black Power posters—Malcolm, the Black Panthers, Black Power Fist—enhance a familiar family struggle. “Detroit ’67” has plenty of talent to make it happen.

Revolt breaks out while we are enjoying their debate over Chelle’s old 45 record player versus Lank’s spiffy new eight-track. We know in our hearts that smart, practical, powerful Chelle will take care of Lank—for Langston. And we know she will fail, too.

Knox is the centerpiece of this family drama: she commands attention. As Chelle, she treats Lank with tough love from the start. But we know that Lank will find a way to trip up his sister—spending their inheritance to buy a local bar. He wants to make it “big” with “Sly and Lank’s Feel-Good Shack.”

Living on the edge in their deceased parents’ home, Chelle and Lank provide a lot of love in a formulaic brother-sister conflict—she has a son in college and takes no chances. But Lank wants to break out, and “make something of himself.” He has the “Dream.”

Lank’s buddy Sly (charming Myers Clark) provides comedy, romance, and dance moves. Sly backs up his bud at every turn, and brings love into the house. We would like to see more of Sly, too; but the play over-all needs to be trimmed.

Fascinating portrayals by all the actors—including an intruding, battered white woman, Caroline (intense Emily Radosovich). Caroline’s love scenes with romantic Lank are touching and endearing, but she remains a pawn.

The historical videos do a good job of showing us the horrors of their burning neighborhood, but they remain disconnected from the family struggle.