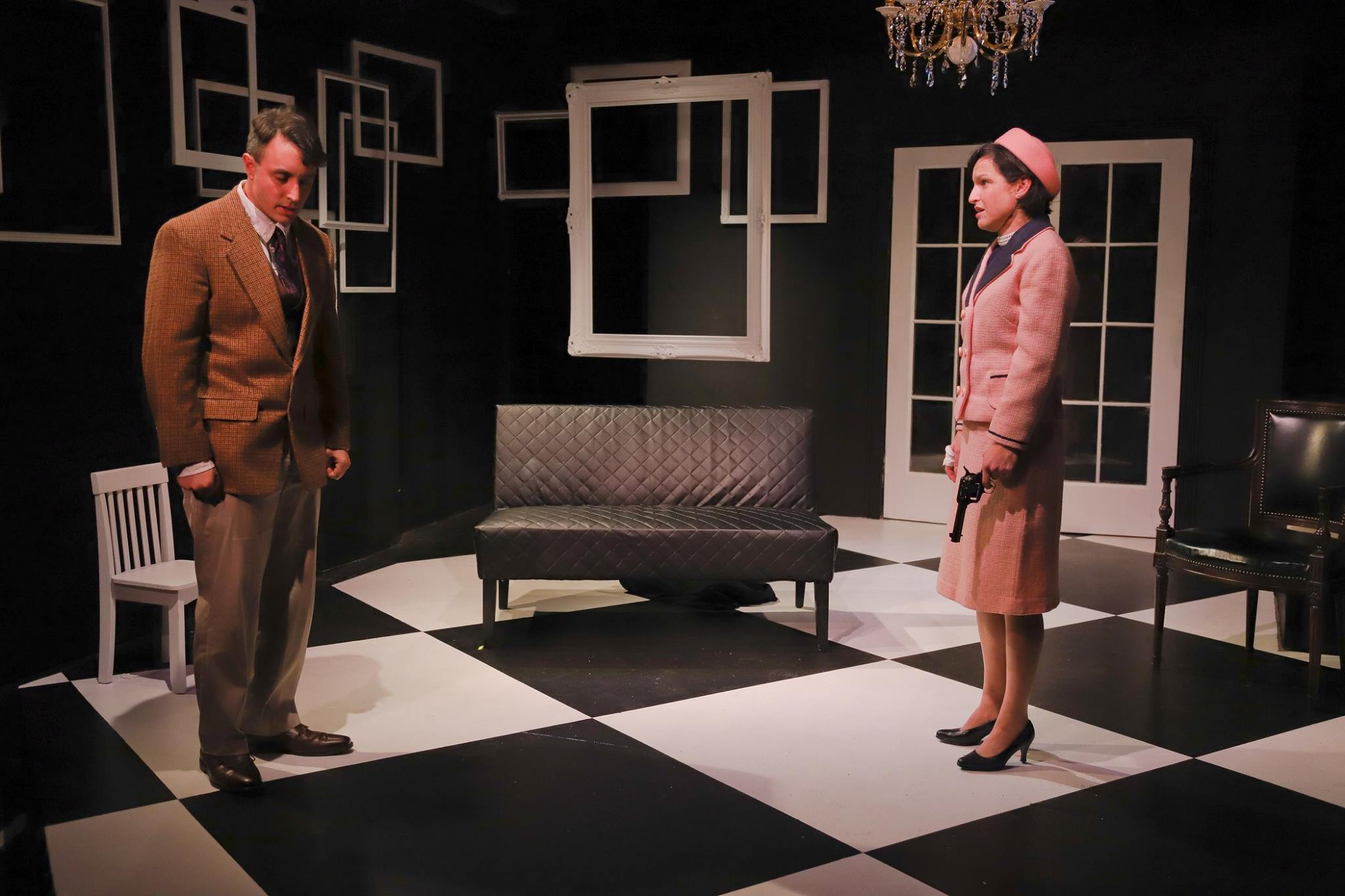 It’s Thanksgiving, a day for holding our tongues and biting our lips. But in Wendy MacLeod’s “The House of Yes,” at the Pascal family’s posh home, secrets and eccentricities are seeping out, helter-skelter.

A tale of comic, catastrophic family dysfunction, “The House of Yes” serves up a banquet of madness, incest, alcoholism, and yes, murder. Director and Production Designer Elizabeth Craven sets the stage for absurd moral corruption. First, we laugh, and then we squirm with discomfort.

Set next to the Kennedy compound in McLean, Virginia, a wealthy suburb of Washington, D.C., the Pascals prepare for Thanksgiving, while the hurricane rages outside. Obsessed with wealth, status, and the Kennedys, no one in the Pascal family has ever been told “No.” We watch as their unchecked lives lead to grotesque self-indulgence.

The Pascal house is ruled by their insane daughter, called Jackie-O, played with an uncanny, out-of-control spirit by the explosive Sharia Pierce. She exudes a charming, yet demonic nature, and  impresses with her zero-to-ten launch into insanity. The family navigates around Jackie-O’s every move, each member adding another bizarre style of crazy. They are star-struck and clueless.

The wealthy family’s warped actions climax with the incestuous relation between Jackie-O. and her twin brother Marty (convincing, smooth Sam Coughlin). Trouble boils over when Marty, having escaped to build a “normal” life, returns home with his innocent, blue-collar fiancé Lesly.

Adept Ilana Niernberger does a masterful job playing Lesly, who is mad about Marty. Naïve and unassuming, Lesly knows nothing about Marty and Jackie-O’s incest.

The ill-equipped Pascals brace for an eruption. Their matriarch, Mrs. Pascal (statuesque Laura Jorgensen), cannot stay sober, let alone nurture her children. She rationalizes her lack of responsibility, saying, “You know, this one has blue eyes, the other’s insane.” Her child-rearing is all about herself.

When the power fails, adding darkness to their terrors, we realize that the Pascal household is merely an asylum. The inmates rage along with the storm. When awkward younger brother Anthony (skillful Elijah Pinkham) tries to warn Lesly of the disgusting connection between his siblings, he falls prey to his own delusions. And the family snowballs down the path of self-obsession and destruction.

MacLeod’s bursting script provides an abundance of decadent dialogue, excessive for my taste, but the cast rises to the challenge, performing brilliantly. They create a perfectly twisted house of horrors—giving us a peek into the one per cent.

At Main Stage West, Elizabeth Craven has whipped up a post-Thanksgiving nightcap of absurdist comedy. “The House of Yes” dishes up enough decadence and depravity to make me positively enjoy my own crazy family dynamic.