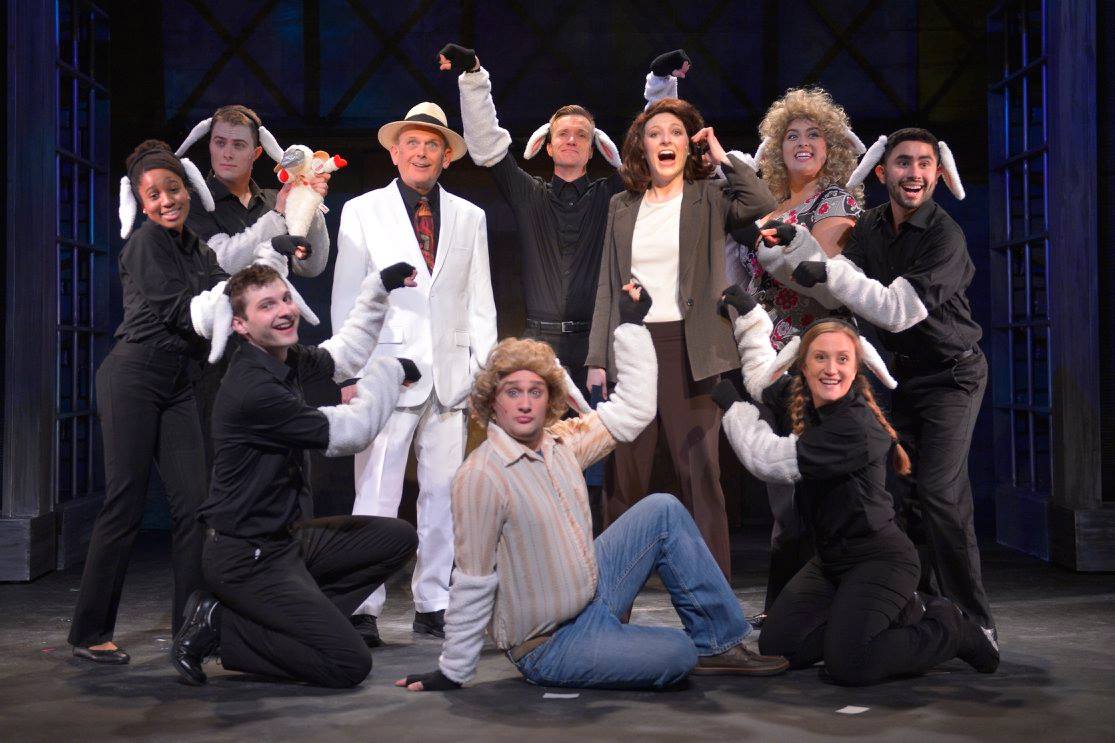 Parody of Silence of the Lambs Gets Down and Dirty

The success of a parody can often hinge on how well one knows the original work. And you will surely enjoy “Silence! The Musical,” if you are a big fan of the 1991 movie, Silence of the Lambs. However, even if you are not familiar with Agent Clarice Starling and Hannibal “the Cannibal” Lecter, you will have a great time with this wild “Unauthorized Parody,” now playing at the Victoria Theater, in San Francisco.

While the original film was a serious drama depicting the cat-and-mouse interplay between a rookie FBI agent and an incarcerated psychopath, “Silence! The Musical” is irreverent, vulgar, quick-witted, and clever. But most of all, the over-the-top musical is laugh-out-loud funny, so long as you can get into dancing sheep and songs about genitalia.

The ensemble is fantastic, with the Chorus of Lambs playing a mind-boggling array of  roles. However, the star of the show is Anne Norland who plays Clarice. She does a fine job of mimicking and lampooning Jodie Foster’s hick accent, while commanding the scene in her every appearance.

The other standout is serial killer (and human skin wearing) Buffalo Bill (the exuberant Brian Watson) who steals the show with “Put the Fucking Lotion in the Basket.” Overall, the vocals and choreography are excellent, and the 90 minutes fly by. The audience gets happy and expresses their joy as the show goes on.

There are many jokes that riff on lines and plot points from the movie. It made me want to go back to watch the movie again, and then come back to “Silence! The Musical” to see what I missed. Definitely worth seeing more than once.