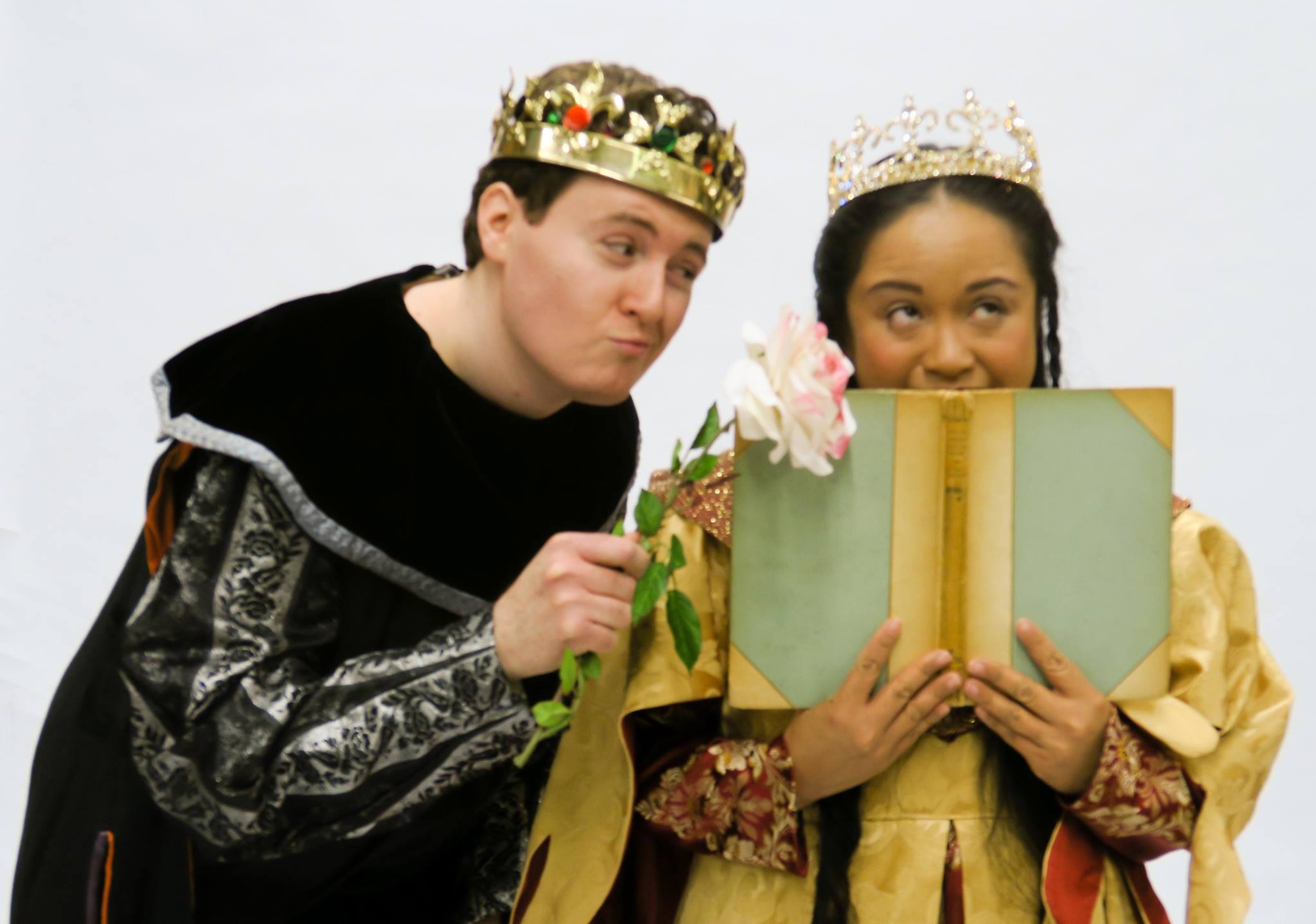 Gilbert & Sullivan: “Someday My Prince Will Show Up in a Dress”

If you have seen Topsy Turvy, the movie about Gilbert & Sullivan, Lyric Theatre’s “Princess Ida, or Castle Adamant” (1884) offers the full effect of the absurd storytelling and sharp wit of W.S. Gilbert, coupled with Arthur Sullivan’s catchy tunes. San Jose’s Lyric has done a great job of gathering talent—for a compelling version of G & S.

Although the plot of “Princess Ida” is bizarre and complex, Gilbert and Sullivan simply give us a prince and princess who have been promised to each other since childhood. The prince wants to claim his princess, but the catch is that she’s some sort of radical feminist. Ida, played by the sweet-voiced Kathryn Benedicto, runs a university for girls located at Castle Adamant, and her father is a comic curmudgeon who is only happy when he’s complaining.  With a father like Gama, Ida has good reason for separating herself from the male world. Ken Malucelli plays Gama to the hilt, offering a crowd-pleasing caricature.

His son, Hilarion (Greg Friedman), does a great turn as a  would-be heart-throb. Friedman’s excellent voice, along with his Prince Valiant hairdo,  convince us of his princeliness. Gilbert skillfully surrounds his lead characters with amusing sidekicks, such as,Mark Blattel’s Cyril, and Brian Chin’s Florian, which helps the Prince be more than a fairy-tale cliche. These three guys infiltrate the all-female university disguised as women, always a popular comic ploy.

Princess Ida, as played by Benedicto, may be small in stature, but she moves us with her pure and powerful voice. Lady Blanche (Elana Cowen), a professor of abstract science, wants to take over the university, and her daughter, Melissa (Gwyneth Price) figures out a way to achieve this goal. Melissa figures that if Ida goes for the prince, Lady Blanche will get Ida’s job. Cowen does a great job  convincing us that she really wants to run this imaginary university. Price and Cowen have great chemistry onstage, and their mother-daughter team is one of the show’s highlights.  Lady Psyche (Kimberley Anjal) provides even more comic relief, playing a character who takes herself less seriously than Princess Ida, one who delights in discovering that the three new girls at the university are actually boys.

Director Phil Lowery has done journeyman labor tying this all together. I especially liked the costumes, which take us visually into this fairy tale world, with imaginative hats and billowing clothes. When the chorus is on stage, we enjoy a feast of colors, which complements their fine ensemble voices, well coached by Music Director Bruce Herman.

Gilbert and Sullivan provide great escapism. We laugh at the character of King Gama, who cannot understand why people find him a most disagreeable guy. Gama could be Trump , but without  the menace. Would that we could simply have a laugh at our present-day king, and then leave the theater.

“Princess Ida” offers a twist on the battle of the sexes—with radical feminism AND cross dressing–good reasons to see “Ida.” Of course, these Victorian writers are going to get the prince and princess together, to add a dash of Hollywood.

For strong female characters, Lady Blanche never gives up hoping to  educate  women. When Ida departs  to marry Hilarion, Blanche will thrive as university headmistress. The Lyric Theatre connects the play to the cause of educating women through the work of Malala Yousafzai, the heroine from Afghanistan, who won a Nobel Prize for her defense of women’s education.

The Lyric  modifies “Princess Ida”  to create a more progressive outcome. Although the plot may lack a strong anti-feminist message, G & S take a humorous look at issues with which we are still grappling. In Gilbert’s time, it looked like a critique of feminists, but today, we see strong women on the stage.  Showing them as misguided simply gives the women a bit of reality.

While nobody would consider Ida a feminist hero, the play  launches a discussion of women’s education. The fact that education is still inaccessible to many girls makes Ida’s solution  reasonable. Apparently, girls learn better without the boys around. “Princess Ida” at the Lyric got me thinking, not to mention laughing out loud!