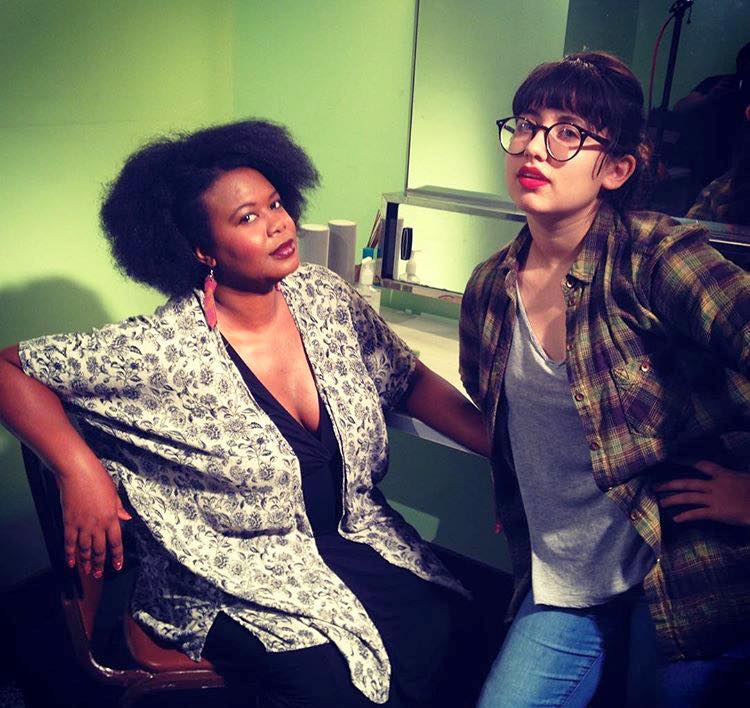 Who better to deconstruct white male privilege than a queer Black woman, especially when she’s a gifted comedian? And especially when assisted by an extraordinarily talented group of actors? Luna Malbroux and Jennifer Lewis brew magic in “How to Be a White Man” by mixing Luna’s interviews with strangers across the country, her stand-up routine, and stories from her personal life.

Sitting in the front row, waiting for the show to begin, I wondered—hoped, really—if I might actually pick up some tips on how to score a little of that vaunted white male privilege. It turns out Ms. Malbroux digs a lot deeper, with a great deal of heart and humor. Do I ask how do I to get my share of privilege, or how do I determine my own identity? Maybe I need to decide what system I want to be a part of? Malbroux does not provide answers but she asks all the right questions.

Malbroux proceeds to present us with a series of very funny vignettes ranging from the awkwardly real to the completely absurd. Real-life leads to a story about a woman whose bondage sex date turns awkward, and to the daughter who introduces her girlfriend to her conservative parents. Absurd, like those white male privilege certificates or…and I bet you’ve been there at some time: the Oppression Olympics. That’s when Blacks, Latina, Queer, White, Female, Male compete to see who has it worse to win the big prize.

I loved the two mystical wise women (the no-nonsense Jessica Hones and Jennifer Greene) whenever they appeared. They guide Malbroux in her endeavors, serving as both conscience and buttinskis. They remind Malbroux of the sacrifices of the ancestor—the show opens with messages from Maya Angelou, Angela Davis, and Michelle Obama. We see immediately these spirit guides brook no nonsense; they will tolerate only the truth.

Derek Jones and Kevin Glass prove impressively versatile in playing a variety of males. Ashley Gennarelli is most memorable as the clueless, defensive white fan. Through all the bizarre encounters, Malbroux soldiers on, striving trying to win what she deserves in a world made for others, cracking wise, and always, always listening to the other guy.

Come to this show, and then go out with friends or family and start a conversation.

“How to Be a White Man” by Luna Malbroux and Jennifer Lewis, directed by Nikki Meñez, by FaultLine Theater, at PianoFight, San Francisco, through Saturday, July 1, 2017. Info: faultlinetheater.com