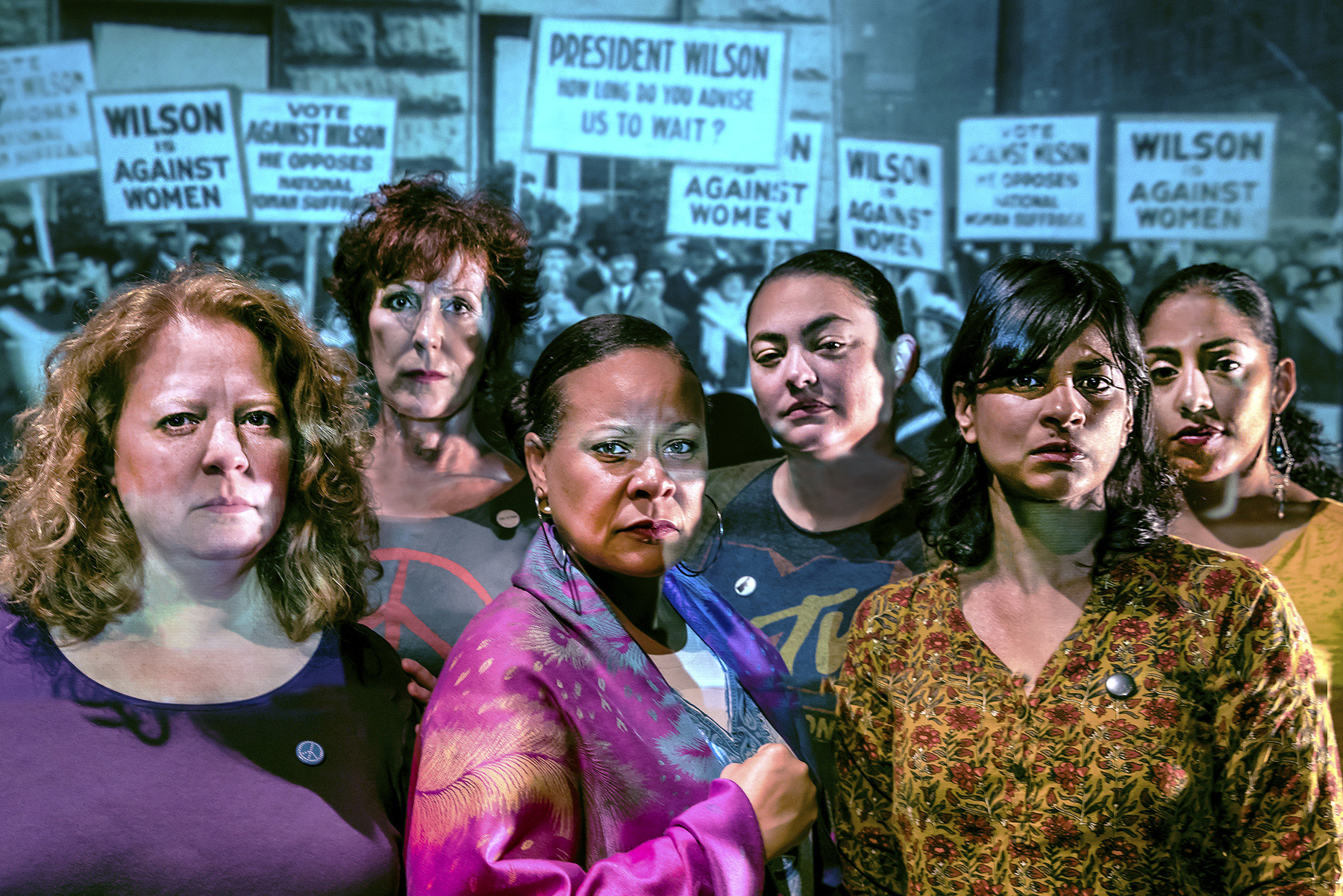 Susan Sobeloff’s “Strange Ladies,” a World Premiere at Central Works, blatantly reminds us that the battle for women’s rights must continue. Gaining the right to vote was only one of the first steps to gaining equality for women in the U.S. Today women still do not have control of their own reproductive systems. Today women get paid 72 cents to a man’s dollar. Today women live in a culture of rape, in constant fear of male violence. And today, women are still not perceived as fully human.

“Strange Ladies,” a daring historical recreation takes place in 1916, when women were politically disenfranchised and had few rights. The Strange Ladies were not having that! They light up the stage with their expressions of freedom and equality and demand their right to vote. Sobeloff gives us six women, each one motivated by her personal life. Each woman has a story and a plan to mobilize for the vote.

Rose (comical Gwen Loeb) wants the vote so she can fight for labor unions, and laws to protect women working in sweat shops. Mary (strong Nicol Foster) wants to hit the polls so she can end rampant racial segregation! Vida (the classy Radhika Rao) wants the vote because her sister died in the fight and she does not want her sister’s death to be in vain.

Harriet and Alice (sensitive Millissa Carey and militant Renee Rogoff) are the leaders of the suffragette movement, determined to gain equal rights; but they disagree about strategy and tactics.  Lucy (passionate Regina Morones) wants the vote so she can build a better world for their children. Their debates and differences inspire us.

The women line up in front White house for the first time, ever. They picket President Woodrow Wilson day in and day out. They lift their banner, publicly, joining to sing “Shout the Revolution of Women,” making us want to stand up and join in.

Things get serious when the women wind up in prison for their picketing. They try to gain the status of political prisoners, but are denied. In the prison they are treated worse than animals, so they go on a hunger strike. Only Harriet and Alice are not imprisoned. They are both determined to achieve the right to vote, but Harriet insists on a nonviolent protest, unlike their notorious British counterparts. But can a protest be nonviolent if you are inflicting pain on yourself?

Our government and the state are inherently violent. History has taught us that whether this violence is self inflicted or directed at a particular person or institution, violence will draw attention to a cause.

The Suffragettes’ protest ends abruptly without any celebration of their victory. Sobeloff. music director Milissa Carey and director Jan Zvaifler leave us with the feeling that women still need to join in with women from all classes and ethnic backgrounds. Like the “Strange Ladies,” we must think more critically about mobilizing for complete liberation for all women in the U.S., now.

Thanks to Central Works, the New Play Theater, for the inspiration.