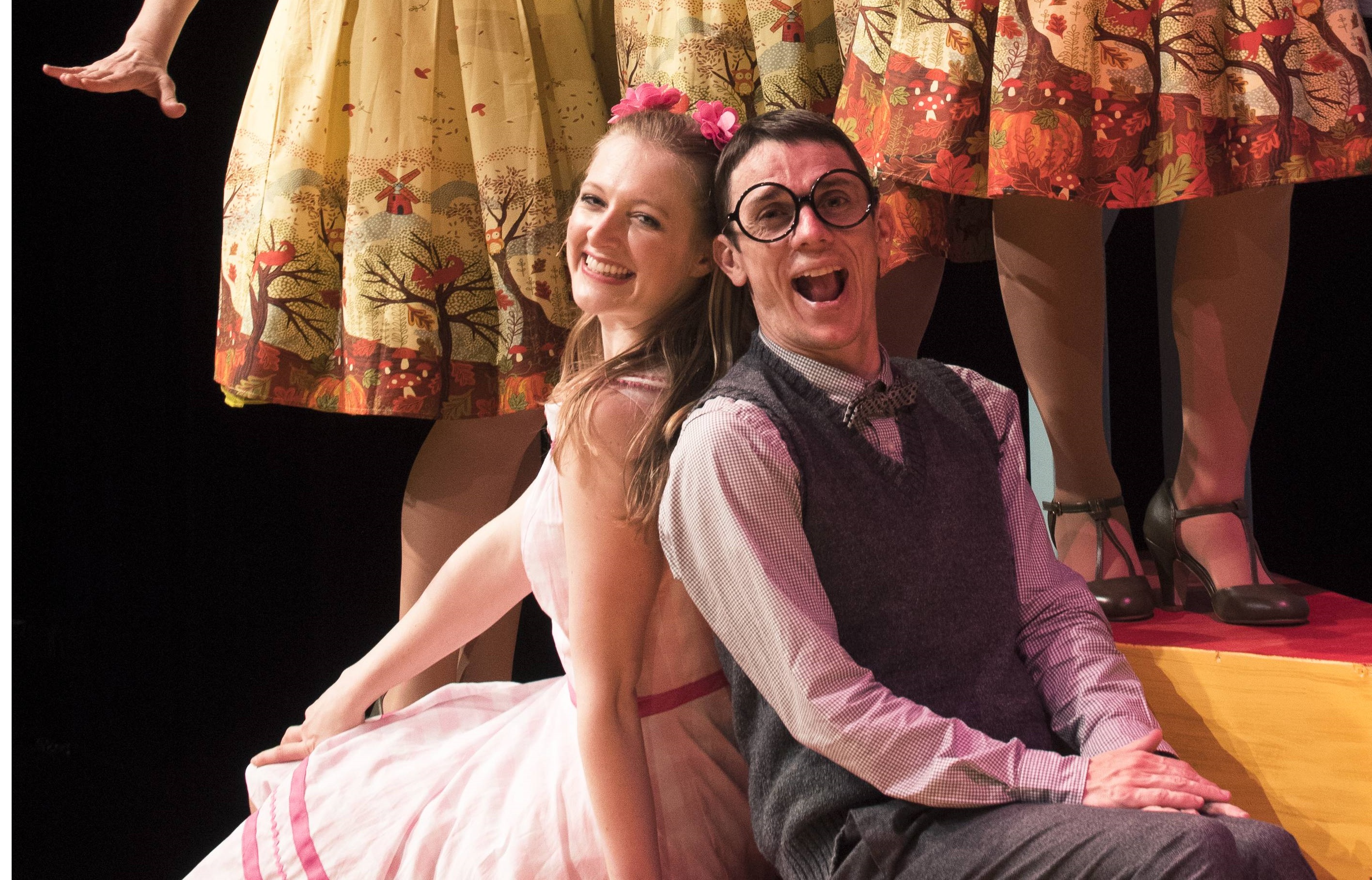 Gerald the Elephant and Piggie are best friends. I mean best, best friends, so devoted that they argue when each wants to declare the other “the best at being friends.” When Piggie declares she “Needs to go,” Gerald launches into a dramatic ballad of despair, with extra refrains every time Piggie insists, “No, I really do need to go!” Turns out she just needs to go to the bathroom. Phew!

BACT’s musical, “Elephant & Piggie’s We Are in a Play!” is based on the Elephant and Piggie books by Mo Willems, who also wrote the script and lyrics for this production. If it sounds familiar, it is. BACT has brought the show back for the holidays, and it’s clear why.

Gerald, played by the talented, convincing Alan Coyne, and Piggie, played by delightful and emotive Anne Norland, make quite the dynamic duo. They dance and sing with adorable chemistry, express their feelings with artful, hilarious antics, and tackle dilemmas with infectious enthusiasm. Take Gerald’s quandary over whether to share his ice cream cone with Piggie. It’s Gerald’s favorite flavor, and Piggie is taking a long time in the bathroom, but Gerald becomes so determined to be an “Ice Cream Hero” that his cone melts. Then, Piggie comes skipping by with an ice cream cone of her own.

The darkest drama plays out just after intermission. Piggie has a new toy—a toy so special she sings a possessive love song to it. But she’s generous enough to let Gerald play with her plastic caterpillar. He throws it so high in the air that the toy breaks when it lands. Piggie launches into a musical tirade about how mad and sad she is, capturing a state that brings a knowing smile to parents’ faces.

While there is no overarching plot to this musical, those familiar with the books will recognize certain tropes. The most memorable comes at the end of the play, when the drama takes a meta-turn, adapted straight from the pages of Elephant and Piggie, We Are in a Book. It’s exciting to see the characters come to the epiphany that they are in a play, and that the audience is hanging on their every move. They use their newfound power to get us moving and singing.  The participation portion works so well, it might be wise to end soon after, instead of packing in two more songs.

This mom highly recommends the musical. In addition to the very entertaining main characters, the production is punctuated by appearances from singing sensations “The Squirrelles.”

While it’s designed for ages three and up, my two-year-old sat entranced through the whole thing. Keep in mind, this is one of BACT’s longer shows, with about 45 minutes before intermission and about 30 minutes after, followed by pictures and mingling in the lobby.

“Elephant and Piggie’s We Are in a Play,” based on the book by Mo Willems, directed by Derek Collard and Hannah Dworkin, by Bay Area Children’s Theatre, at Children’s Creativity Museum, San Francisco, through Sunday, December 31, 2017.