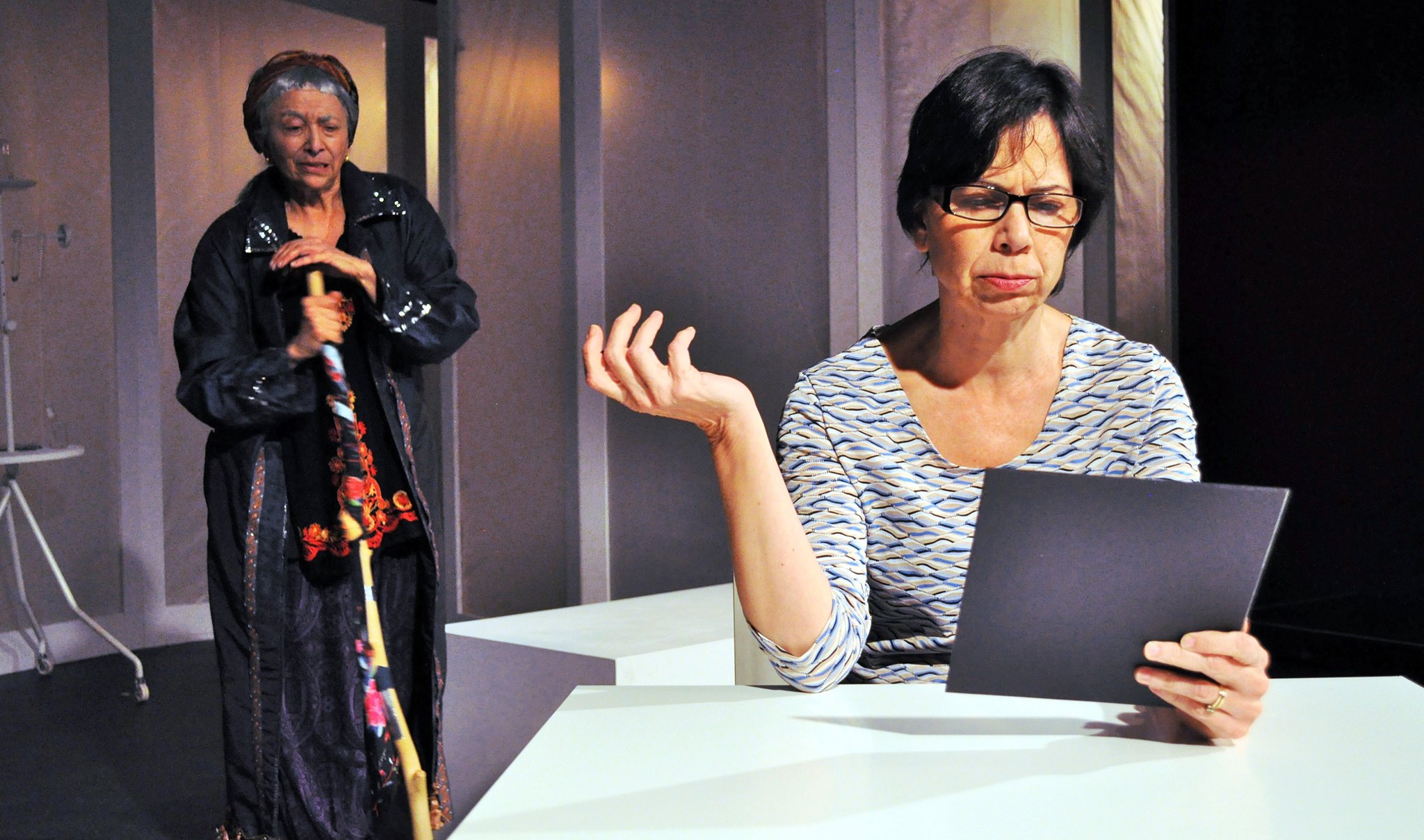 To put it simply, “Ageless, or the Revolt of the Flesh” is entertaining! Isn’t that the true goal of every performance?

In the world of “Ageless,” a pharmaceutical pill can now prevent us from growing old. As a result, these 22nd century people believe “aging is a disease,” which becomes “fatal if not treated.”

When young Marin (genial Gianna DiGregorio Rivera) makes the courageous decision to experience aging and not take the pill like everyone else, she becomes part of a marginalized group, “the agers.” Others see her as suicidal for allowing her body to naturally degrade. Marin’s family and her doctor vehemently oppose her decision, encouraging us to reevaluate whether we perceive old age as an illness or merely natural.

Addressing the painful question of how to address growing old, “Ageless” poetically poses the overlooked consequences of remaining eternally young. Marin’s mother, Olivia, (poised Elena Estér) confesses that staying young becomes monotonous. Olivia is disconnected from ‘real’ life because she stays the same age, while the world around her changes.

The impressionable and explosive young Marin challenges our perceptions of old age, depicting the magic of growing old by referring to her future, older self as “another woman inside of her” whom she longs to meet. Using three different actors to convey Marin’s aging, these future selves literally come to life and greet her.

We are guided by aged Marin (lovely, wise Annette Oliveira), who illustrates the stages of her life as a memoir for her daughter. Aged Marin is the sweet face who opens and closes the show. When she isn’t adding laughable comments, she is sitting quietly on the side as we watch her younger selves in action.

“Ageless” warns us of devastating climate challenges. Sea walls have been built around countries to prevent flooding, smog is so toxic that people cannot breathe the outside air, and temperatures regularly reach 104 degrees. However, the warning of global warming is artfully crafted into the theme of old age. Just as we refuse to grow old, ignoring the signs of aging: wrinkles, lower energy, and slower pace; people are arrogantly avoiding the obvious degrading (or aging) of the planet.

“Ageless” urges us to reconsider how we treat the elderly. Are they suffering a terminal condition, or simply evolving into future selves waiting to be created? Probing and poking us to face our unnatural and narcissist fears of ageing, “Ageless” leaves us impressed.