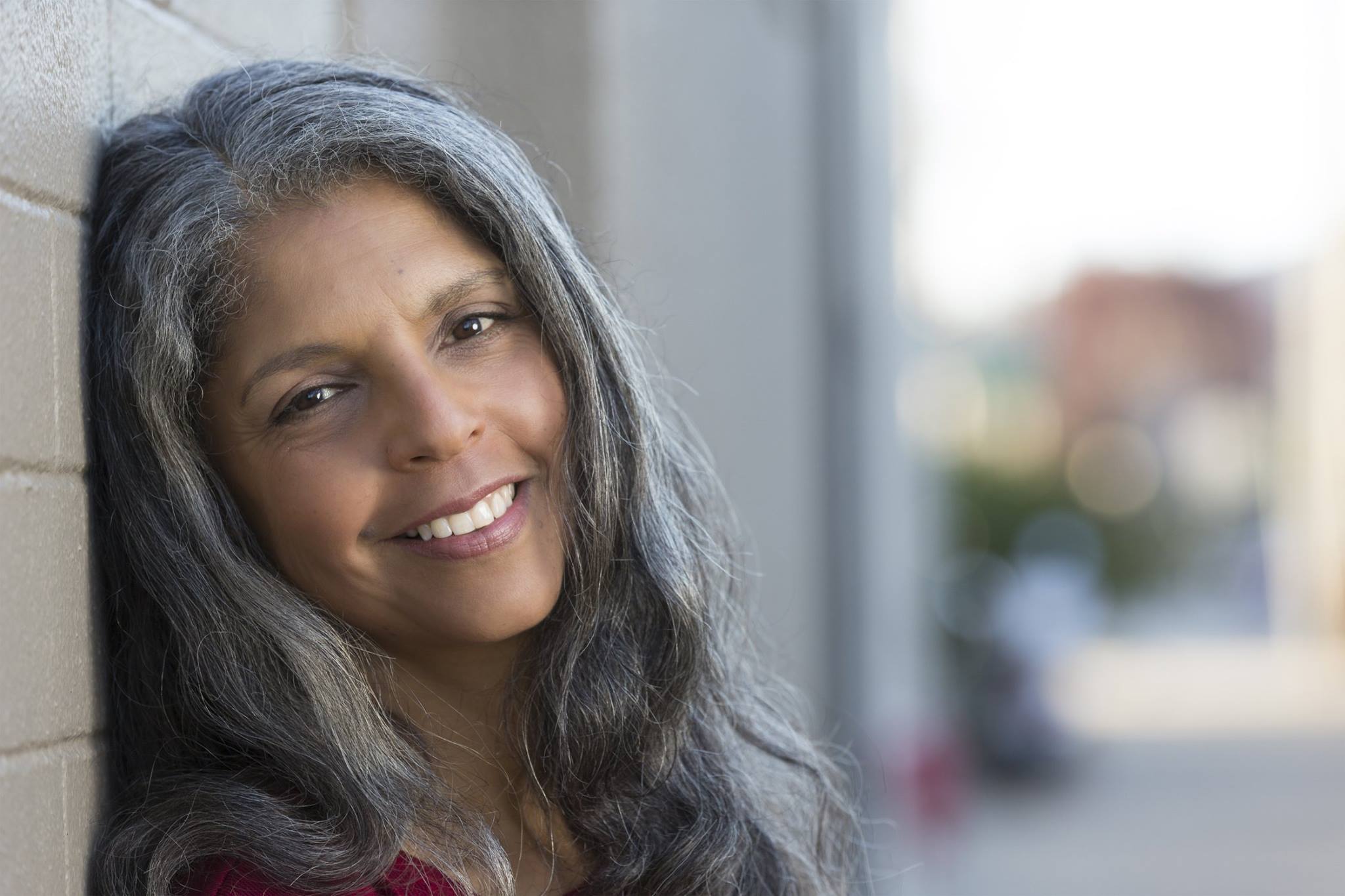 In “My Stroke of Luck,” Diane Barnes M.D., learns how to deal with human suffering. She learns compassion. Rather than a tale of suffering, hers is a tale of rebirth. She comes to understand what it means to be a patient, and to have patience.

She speaks softly and intimately to us, and unfolds a story that is almost impossible to believe, and yet it’s true. She is an M.D., a radiologist, who worked at Kaiser San Rafael for many years. 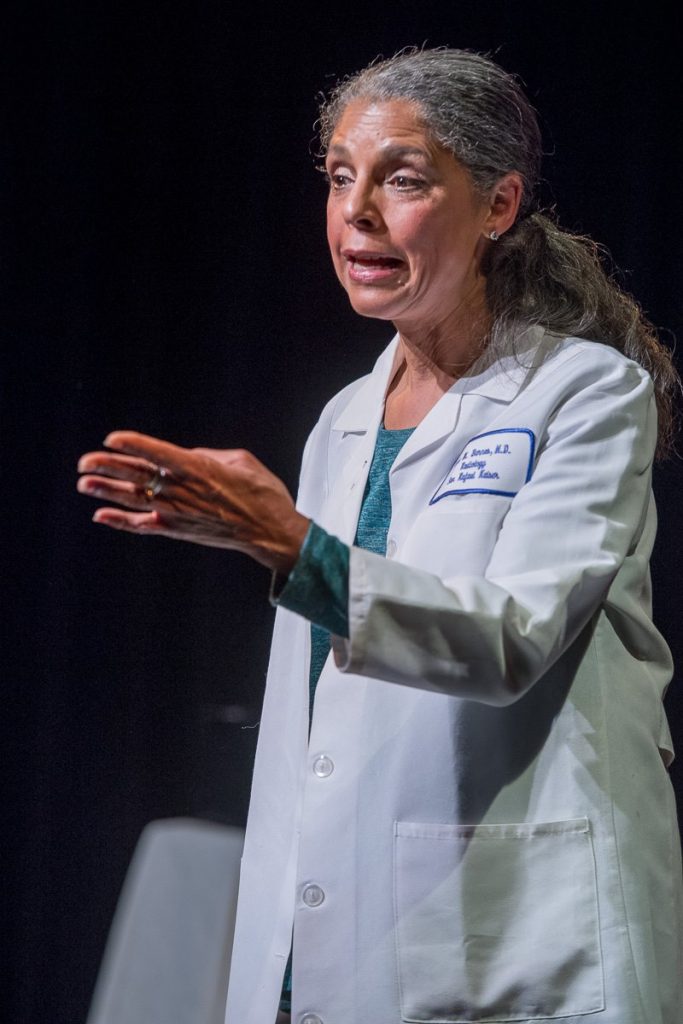 She’s also a mom, with two adopted young sons, one of whom she shepherded through years of special education for learning difficulties; while the other son was in the “gifted” category. She recounts their visit to a horse-riding ranch, where she takes her son Logan for co-ordination and confidence. But of course, her other son gets jealous.

As a single and working mom, she manages to juggle these competing demands, and make it all work. After all, she comes from New York, from a driven family of three generations of physicians. She attended Yale Medical School and her competitive edge tells her she can leap any obstacles. 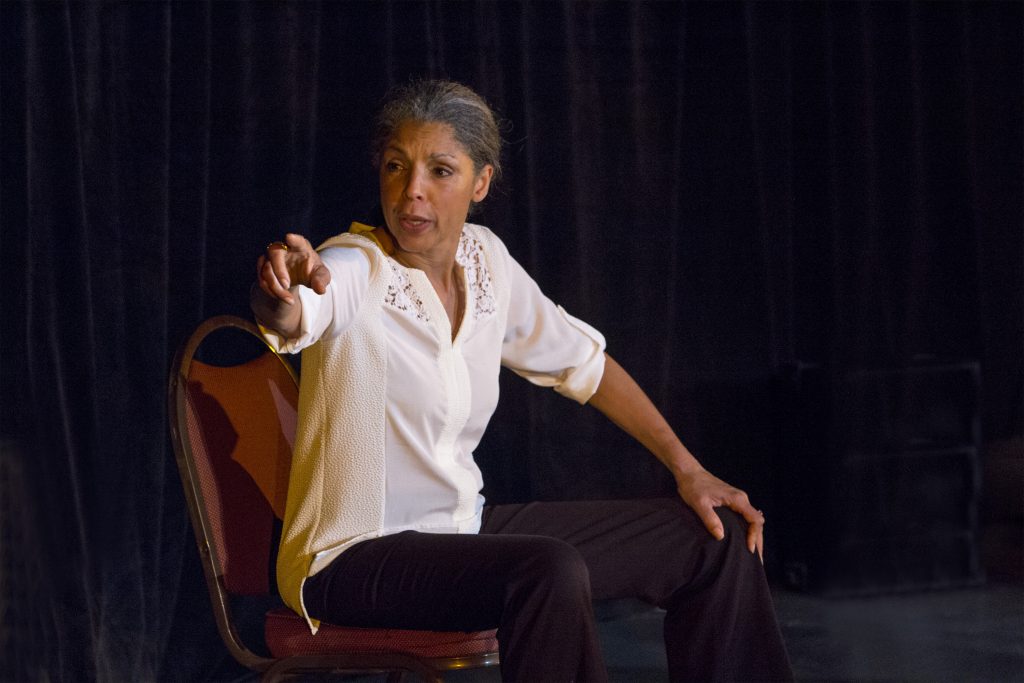 But one day, a terrible stroke descends on her, in the midst of her motherly duties. Not to tell you too much, but she did not handle it well—it was over 20 hours before she got to the hospital. Instead, she tried to take care of her two sons, Logan and Takeshi, first.

As a doctor who diagnoses strokes in the brain, she confesses she should have known better. She tells us that a stroke victim loses 1.9 million brain cells every minute a stroke goes untreated.

Her recovery begins when she enters rehab and starts to deal with the results of her stroke. She says, “I had a hemorrhage, and most hemorrhages are from a ruptured aneurysm and most people either die, or wish they had.” Amazingly, her course of treatment mimics the training she gave to her son. Going through some of the same steps as her son, she begins to understand what it means to be a patient, and not a doctor.

Diane Barnes admits, disarmingly, that she was rather uptight and methodical, when she was suddenly thrust into the role of dependent. For a year or two she was severely impaired and living in a dream state—unable to speak or communicate.

Always trying to be the perfect mother, she runs us through some of the horrors of adoption itself–the bureaucracy, the rejections, and the crises with her kids. Later, her son Logan gets into a “gang” crowd, so she takes drastic actions to save him. All that comes after the unexpected stroke, when she can no longer take proper care of her kids.

Dropping her job at Kaiser, she emerges into a new world of physical and mental rehabilitation that she had never experienced before. Diane’s warmth and understanding blossom to the point where, after several years, she begins to take classes in performance and acting, and enters some of the best drama schools in the country.

There’s so much to love here, and so much warmth and passion from Diane Barnes. She praises the Schurig Center for Brain Injury Recovery in Marin, where she found and developed her new self. Here is a world that most of us don’t know about. In the discussion afterwards, many former stroke victims speak up about the truth of Diane’s performance.

No other show brings us so close to the heart of what matters. I must go back and enjoy Diane’s honesty and humor at least once more. A stroke of luck to be savored!

“My Stroke of Luck”: written and performed by Diane Barnes, directed by Rebecca Fisher, developed with David Ford, at The Marsh, Berkeley, Thursday, May 2 – Saturday, June 1, 2019. Info: themarsh.org