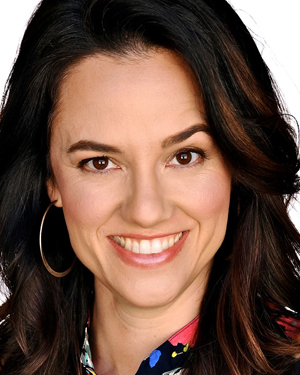 “Why I Died, a Comedy!” takes us on the spiritual journey of director, comedian, writer, and actress Katie Rubin. Rubin sees herself die, and begins life anew, with her ego at bay.Now, she is Love, coming from deep down.According to Rubin, Love connects us all. Katiek Rubin makes the abstract concept real, with a gripping comedic flare.

She skillfully portrays characters who narrate the story of her ego’s death. There’s her Jewish Alanon member mother, Maria the catering lady in a Los Angeles T.V. Studio, Relgious gurus and more. Rubin as Kitty gives a bubble-gum-pop song and dance number ends by slapping herself on the ass. Each person has a special role in her spiritual awakening, even the female emcee Kitty who is the epitome of Caucasian ignorance of the hip hop culture. We all applaud anyway!

Rubin challenges the mainstream concept of spirituality from self-help to religious guides. By a friend’s recommendation, she explores herself at an expensive eastern healing retreat. There, Rubin comes to conflicting realizations. She sees through the Hollywood lies and the mainstream propaganda, which keeps us from our authentic, deep selves.

As her spirit blossoms, she is confused about why money, sex, and lowbrow punchlines are mutually exclusive. A heavy triangle grows in Rubin’s chest, shortening her breath. Her frightening anxiety blocks of her creative endeavors. She seeks answers in therapists, religious gurus, and her cantankerous hoarse-voiced producer, Sylvia.

In “Why I Died, A Comedy,” Rubin submits solo show ideas to her cantankerous writing producer, Sylvia, and when Rubin talks to Sylvia she is talking to us as well. She pleads with us and Sylvia to understand her spiritual awakening and that its awakened a freshly creative mindset. She switches between herself and a hoarse toned Sylvia seamlessly as Rubin introduces yet another idea for her solo show.

The lights go up and portray a commercialized sunny day in the suburban backyard of a high-pitched housewife who selling compacted coffins. Rubin’s comical commercial lady smiles painfully through a morbidly funny monologue about death as she describes the product. With the compact coffin you just stuff the body inside and toss it into the ground. We have to suppress the impulse to applaud because she quickly morphs back into a conversation with us Then, she morphs again to relay Sylvia’s sour rejections. But we love the classic infomercial lady who sells compact coffins.

Rubin as Sylvia goes into a tangent on how death does not sell and people want to hear about happy concepts. Sylvia wants money-making ideas, rather than New Age hippy thoughts! Her conflicts and frustrations begin to unravel.

When Rubin switches back to herself, her voice is soft, yet firm as she explains. And she writes music and sings her ballad with a beautiful, classical trained voice. Katie Rubin stands under a spotlight as she unveils innermost secrets and completely vulnerable.

Rubin invokes her notion of God and Love, as they reveal themselves, miracle by miracle. “Why I Died, a Comedy!,”deep and funny at the same time. She converted me!

“Why I Died, a Comedy!” written and performed by Katie Rubin, by PlayGround, at Portrero Stage, San Francisco, through Saturday, January 27, 2018. Info:playground-sf.org