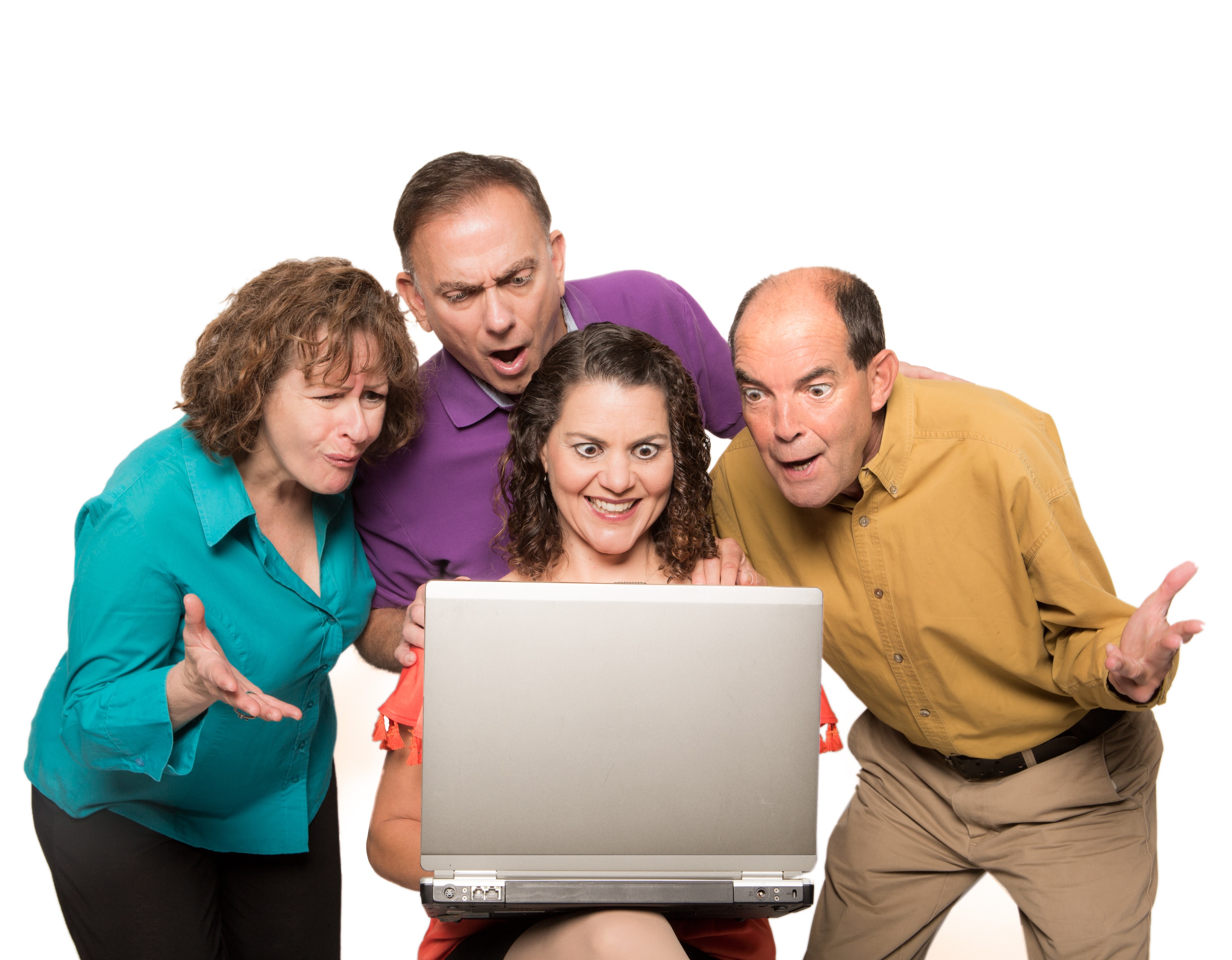 “Megabytes! The Musical” with its goofy rhymes and knee-slapping comedic style, mocks our dependence on technology and its comically strong hold on our collective psyche. Morris Bobrow, a master of the original music revue, writes and directs this witty show that absolutely everyone with a smartphone can appreciate. You’ll be so entertained during the show, you may forget to check your phone.

A repetitive rhyming style mimics the way we endlessly check our phones and tune-out from the world. Ben Keim’s piano accompaniment is campy and charming. The talented cast delivers punch lines intermixed with harmonies at an astounding song-per-minute-rate in “Megabytes!”

Like the series Black Mirror, “Megabytes!” critiques our dependence on technology, but does without Black Mirror’s severe and somber style. Rather, Bobrow’s newest work delivers much-needed levity and laughter. We’re already aware (painfully so) of our over-reliance on these byte-driven weapons in our lives. “Megabytes!” lets us laugh about the behaviors, coping mechanisms, and absurdity caused by Tech. Thank goodness, because I’m not giving this iPhone up any time soon.

In one especially funny song, the hilarious Kim Larsen sings about his deep and tender relationship with his GPS system. Unlike his wife, his computer is exceedingly patient about rerouting him when he makes a wrong turn.  He doesn’t even mind that she’s in other guys’ cars, too. The GPS provides the Kim with perfectly calm companionship. Human beings, on the other hand, are so temperamental and unreliable, after all!

Glued to her phone, the captivating Lisa McHenry bemoans a breakup with a certain ex-boyfriend, Mark Z., who now is rather successful, suddenly. Sure he was distant, but he was busy building a social media empire.

Funny, convincing Deborah Russo and talented David Goodwin both thoroughly entertain with their lovely voices and comedy skills. We enjoy a total of 25 musical numbers, which span many of the frustrating daily experiences of life inundated with tech.

I grew up in the 90s and had a laptop in front of me as early as I can remember.  Advanced computational tech has been ubiquitous in my life, and it’s more true for kids every year. The impact of smartphones and inescapable connectivity are nearly imperceptible to me; it’s the world I’ve always lived in. Undoubtedly, I would never give up the benefits in terms of information, analysis, convenience, and connection. But there is a cost to this connectivity, revealed when my phone battery reaches 0%. For a brief moment, the world is beautiful and quiet. Sure, I’m lost and it’s 2:00 A.M., but… the world is beautiful and quiet!

“Megabytes! The Musical” calls our attention to technology’s comic, absurd hold on our lives. Sure the byte, with its kilos-, megas-, and gigas-, is everywhere. But can a laptop embrace you? Can software conceive funny music revues?