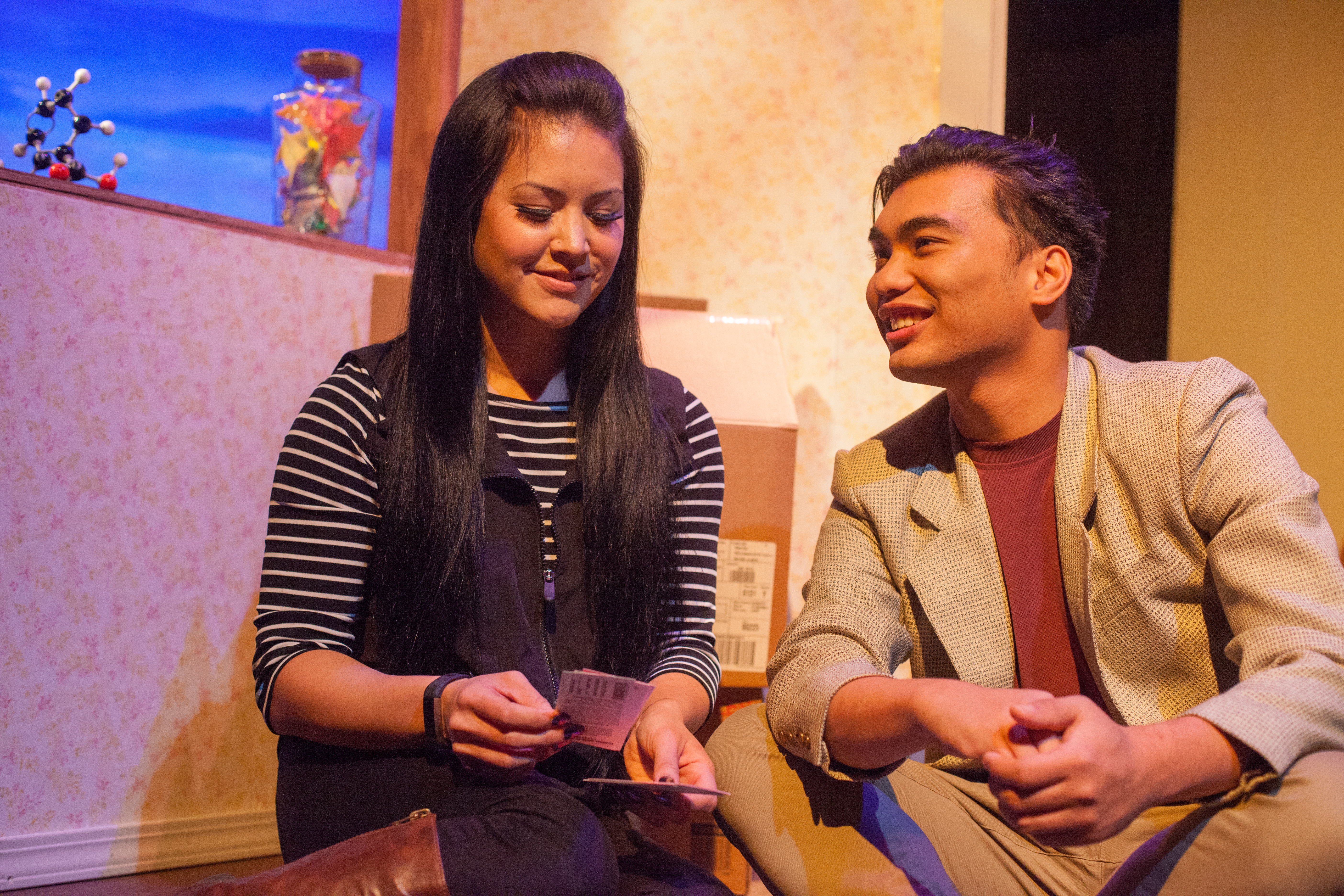 In “Cowboy vs. Samurai,” Michael Golamco, native to San Mateo, uses humor and sharp dialogue to dig into our cultural taboos on race, love, and activism. At the same time, he gives us characters who are warm, smart, and funny.

In Breakneck, Wyoming, against a backdrop of rangeland and distant mountains, we meet the only two members of the BAAA—Breakneck Asian-American Association. They are discussing whether to boycott the local grocer because he refuses to carry tofu.

Angry Breakneck local Chester (fiery Chuck Lacson) pushes fiercely for the boycott. He has spent most of his life in Breakneck as a man apart. Chester appears to be Asian-American and the rest of the citizens in Breakneck are sure to agree. However, poor Chester is desperately seeking a cultural identity: his adoptive parents forgot to find out where he was born!

After all, Travis’ best friend in town, Del (endearing Drew Reitz), began by shouting, “Hey Jap, go back to China!”

But sexy Veronica dates only white men. Rather than an anti-Asian prejudice, she says she is simply attracted only to white men. Confusing everyone, Veronica says her preferences are not about choosing one race over another: “There are only assholes and non-assholes.”

Is sweet, interesting, educated Travis avoiding Veronica because she refuses to date Asians? Or does he simply lack the confidence to follow his feelings? The end of legalized racial segregation has left us with greater freedom–and more questions.

Smart, beautiful Veronica wonders if Del, the handsome white rancher’s son, really likes her, or does he just fetishize her because she’s Asian? Through Veronica, we see how a benign compliment like “a beautiful woman” can turn into a racial fetish.

Written in 2005, “Cowboy” has become more relevant with time. Most interracial marriages in Northern California are between Asian women and white men. “Cowboy Versus Samurai” is a hilarious and heartfelt meditation on love and race, preference and prejudice, and the courage it takes to follow your heart.

In this modern Cyrano story, being Asian takes the place of having a big nose. Golamco crosses the line between the personal and the political with gusto. Great fun at the Pear Theatre.