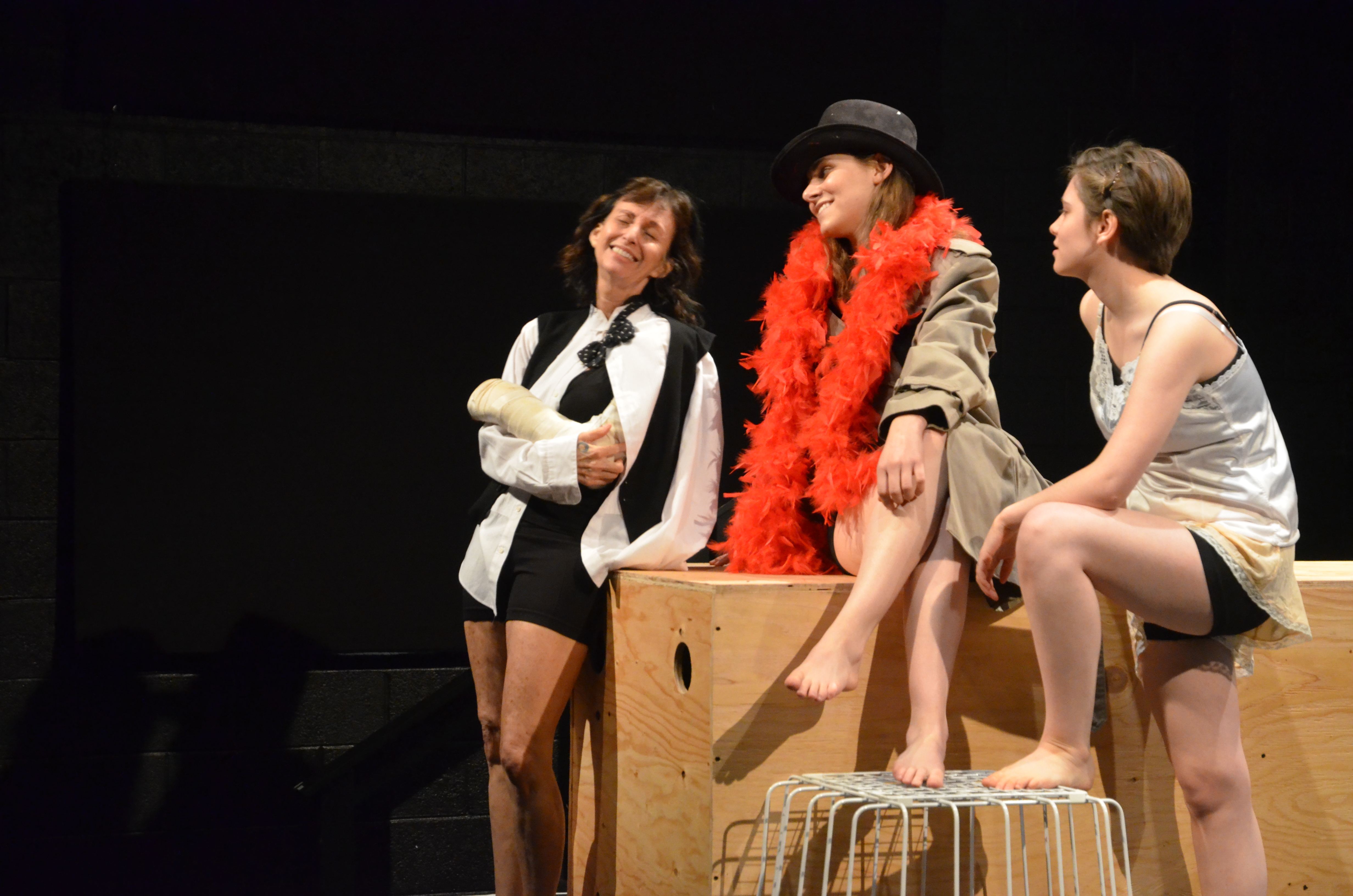 “Shifting Spaces” by Those Women Productions takes us on a journey through three worlds: the tortures of Nazi Germany, a charming graveyard, and the raw streets of an American city. The three plays of “Shifting Spaces” showcase strong women–asserting the truest versions of themselves. Each faces real-life obstacles.

In Kim Yaged’s “Vessels,” we see Nazi Germany from one German lesbian’s point of view, in 1945. Three actresses (Elliot Stanley, Jean Cary, GiGi A. Tasse) represent three stages in her woman’s life. Before WWII, she appears as a bright young girl in a threatening time.  In the 40s, she becomes a strong, tormented woman who manages to survive the Holocaust.  After the War, we see her as a wise older woman haunted by “survivor’s guilt.” Through this unnamed woman’s experienced eyes, we grasp the fate of other lesbians who are forced to hide their sexual lives, through the unspeakable horrors of the Holocaust.

The Nazis looked at lesbians as confused or diseased women. While gay men were systematically exterminated, lesbians were thrown into male camps. For the Nazis,  a woman who refuses to serve as a breeding vessel for more Nazis, becomes an “annoyance,” simply another dissident man. For them, “Lesbian = Man.”

“Revelation” by Shirley Barrie brings refreshing comic relief between the emotional highs of the first and third plays. “Revelation” offers a charming and funny glance back–at the lives of a deceased woman Mary (witty Jeannie Barroga) and her first husband John (Lijesh Krishnan). Set on the day of the Rapture, Mary and John awake from their graves, surprised.

After a lifetime apart, Mary and John are shocked to realize that they have been reunited. After some funny, friendly conversation, husband and wife finally recognize each other. Mary updates her husband the many changes since John’s life was cut short. John eagerly listens to details of their only child’s upbringing. He is shocked at the changes: female breadwinners, grandchildren, second husbands, and new-style refrigerators.

The strained relationship between Sam and Their mother (Jasmine Williams) boils over, and tension quickly mounts between them. Frustrated and with nobody to turn to, Sam must settle their own internal battles while ostracized from their family. Perhaps all it takes to save a life is a few considerate words. Their struggle makes for intense and emotional theater.

“Shifting Spaces” is so much more than an excellent feminist perspective on self image and determination. All these characters transcend the stage, touchingly, as they search for and discover new identities.