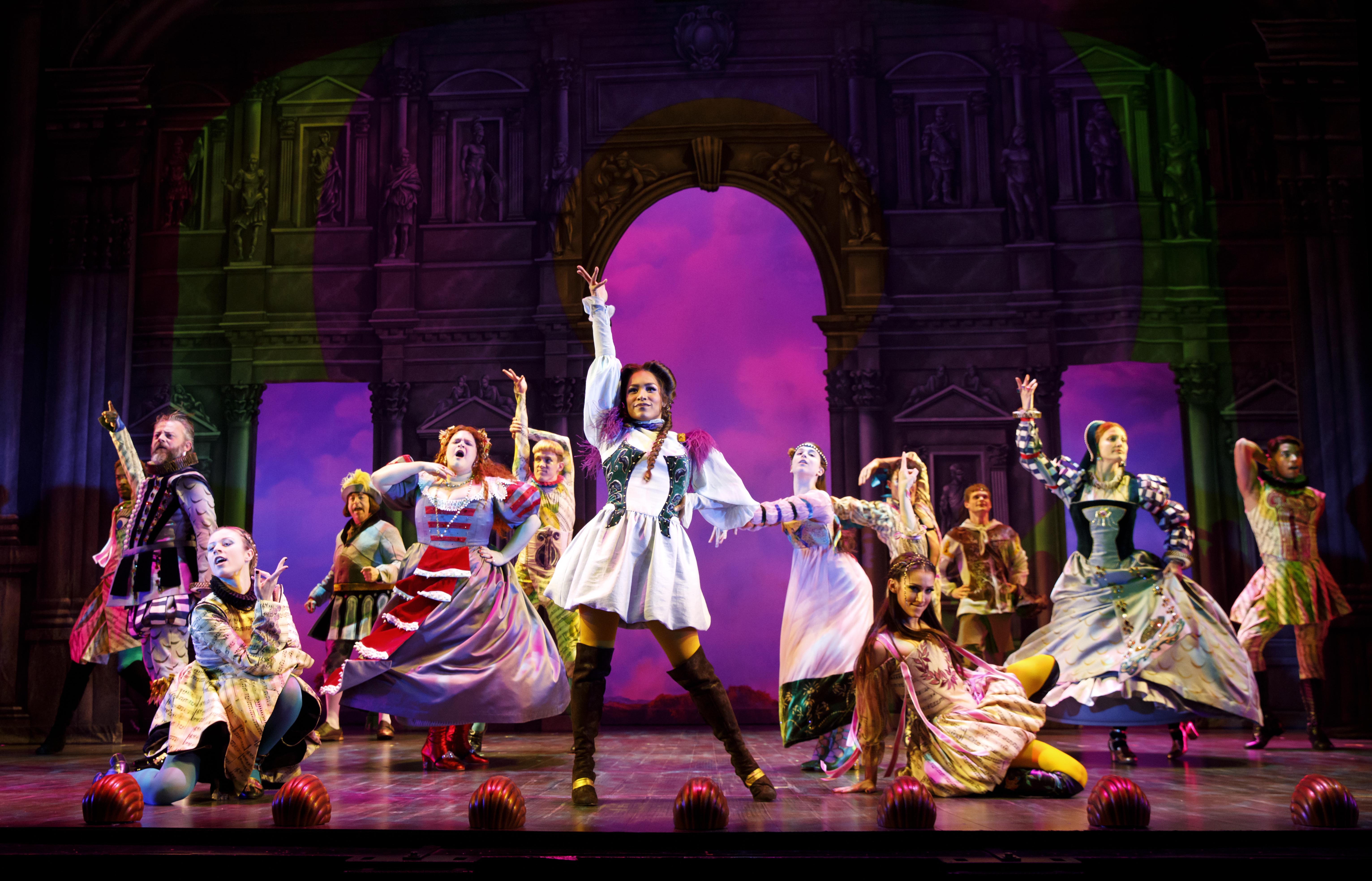 Magruder & Meyer Pull Out All the Stops

I took my gender fluid teen to “Head Over Heels” because they love musical theater, and I figured I could get them hooked on the music of The Go-Go’s. I did not know that gender fluidity forms a central theme of the show, that our new pronouns (the ones our family is tripping over) receive an official welcome! My kid cried in happiness and I bounced up and down with delight. “Head Over Heels” reflects our chaotic world, where authorities cling to an old paradigm, while change is astir. The Go-Go’s hit “We Got the Beat” excites the Arcadians. As they dance to the music, they endure the growing pains of change.

While “Head Over Heels” strikes tragic notes, the musical draws on Shakespeare’s comedy, with mistaken identities and twists of love. Gynecia and Basilius first daughter, egocentric Pamela (Bonnie Milligan), rejects all her male suitors. Their meek, younger daughter, Philocea (Alexandra Socha), pines for Musidorus (Andrew Durand). But he’s a mere shepherd boy, an unacceptable suitor. So, Musidorus dresses up as a female Amazonian warrior, beginning the mix up of gender and love. Stage lights are aimed at us, proclaiming the inside-out, anything goes theme. Costuming is Elizabethan while also punk and contemporary. Any impulse is indulged just because… which works! Why not have sheep sing Belinda Carlisle’s “Mad About You”? (I imagined “Mad About Ewe.”) “HOH” sparkles with unfettered freedom and compels us to leap forward with abandon, to groove with a new Beat!

I’m certainly not the only parent on the front lines of a new generation that rejects binary gender. Amid upheaval, fertility and potential thrive. I see this show through the lens of my kid beside me. As a gender-queer teenager, “HOH” is thrilling and moving for them to see themself represented on the stage, and experience acceptance.

Hang on Broadway! They/Them is coming. In its pre-Broadway tour, “Head over Heels” declares that “the Beat” must be saved. “The Beat” sustains our heartbeat, our life force, and our own rhythm.

“Head Over Heels”: adapted by James Magruder, directed by Michael Mayer, based on  Arcadia by Sir Philip Sidney, book by Jeff Whitty, music by The Go-Go’s and Belinda Carlisle,  at The Curran Theater, San Francisco, through Sunday, May 6, 2018. Info: sfcurran.com