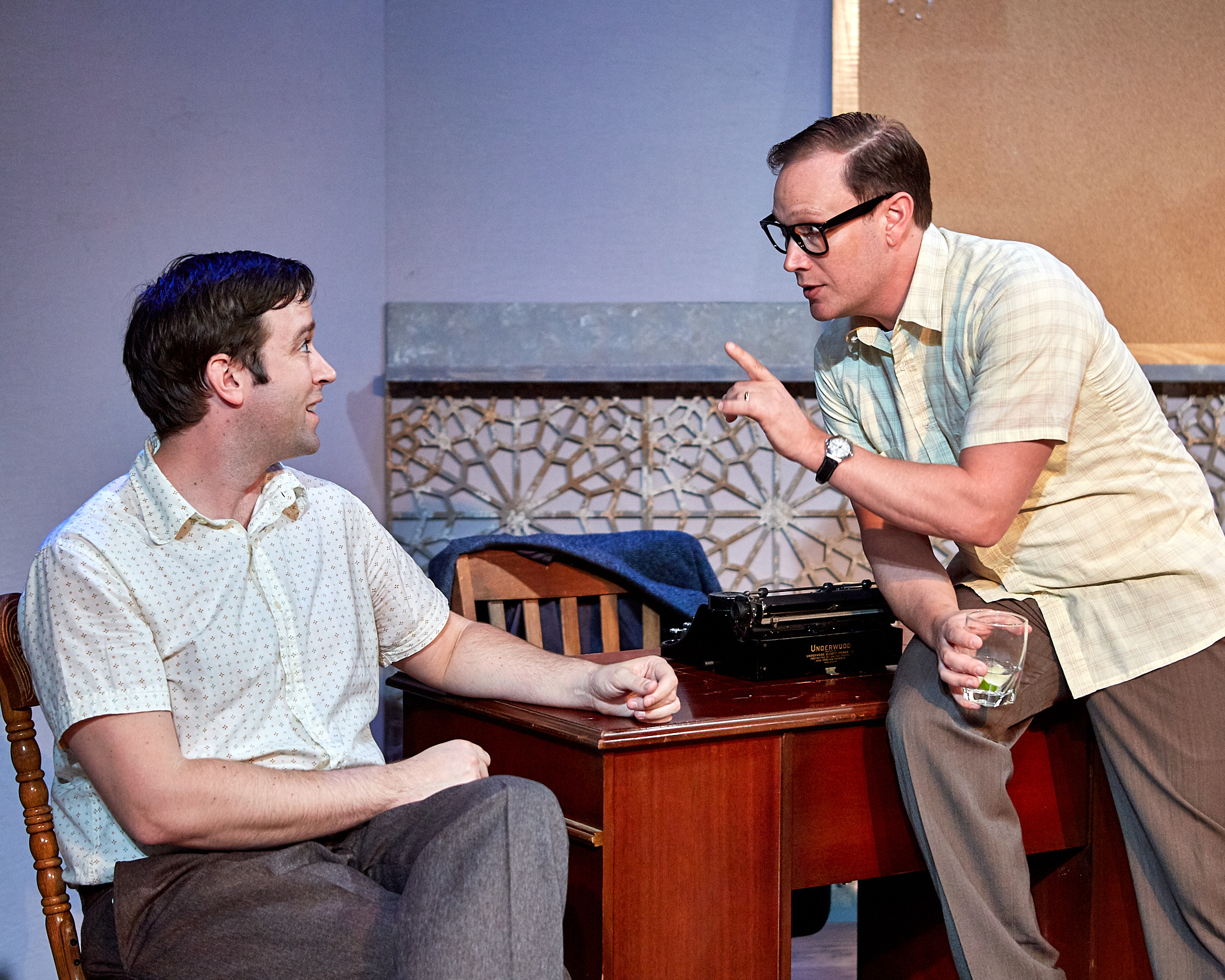 Iran is headline news, and “All the Shah’s Men” dives into the 1950s history of how we got to where we are today with this volatile nation. By re-enacting a 1953 U.S.-instigated regime change, Arabian Shakes challenged me to figure out who were the villains in the CIA’s “Operation Ajax,” and who they are today.

“Ajax” was the first political coup by a fledgling CIA organization. carried out surreptitiously against a popular democratic and nationalist government in Iran. Other such coups were to follow elsewhere. Ironically, after protecting democracy in WWII, the US caved in to strong men and monarchs, as we juggled a fear of Communism, the lure of Iranian oil, and longstanding diplomatic bonds with Britain, a co-conspirator. The toxic fallout from the U.S. coup soured our Iranian relations for decades and is still at play today, making “All the Shah’s Men” a front-page story.

I was drawn into this complex narrative through fine acting and deft direction in the tiny Royce Gallery stage. With a bare-bones set and actors playing multiple roles, I saw and heard just enough of the coup details to feel the high-stakes tension. Ambitious CIA agent Kermit Roosevelt, Jr. (single-minded Christian Haines) leads the mission. Roosevelt gets his reports from Mustafa, his sly Iranian hired aide (mesmerizing Farshad Farahat).

By instigating this risky coup, Kermit banks on living up to his stick-carrying iconic grandfather, Teddy Roosevelt. The action begins with a terrifying defeat in toppling the target, the Iranian Prime Minister Mohammad Mosaddegh. Kermit ignores his recall to the States and takes a daring new strategy to a resounding victory. He bribes Persian officials and hires thugs and anarchists to topple a regime that even the United Nations was supporting. Result: the Prime Minister is arrested, replaced by a puppet, and the weak Shah is handed the reins of power. Is Kermit a hero or a villain?

“All the Shah’s Men” succeeds in stringing the Operation Ajax highlights together into a comprehensible narrative in three ways: the stage action itself, a Narrator who breaks the fourth wall, and documentary projections of aroused Iranian citizens. Acting honors go to Farshad Farahat who embodies variously the Aide Mustafa, The Shah, the Prime Minister, and General Zahedi, who replaced the elected Prime Minister.

With Kermit Roosevelt, we relish his delicious power to ignore orders, act autonomously, and succeed against doubtful odds. He throws his ideals and personal scruples aside. Did the U.S. also throw away its ideals? “All the Shah’s Men” helps me understand the facts behind current US-Iranian tensions. The play engages with the interests of countries with a stake in Iran’s natural resources, its strategic position in the Near-East, and its volatile religious factions. If you love the dynamics of world events and political players, the exceptional Arabian Shakespeare Festival delivers the goods.

“All the Shah’s Men” by Matthew Spangler, directed by Vickie Rozell, at The Royce Gallery, San Francisco, through Sunday, May 20, 2018. Info: arabianshakespearefestival.org