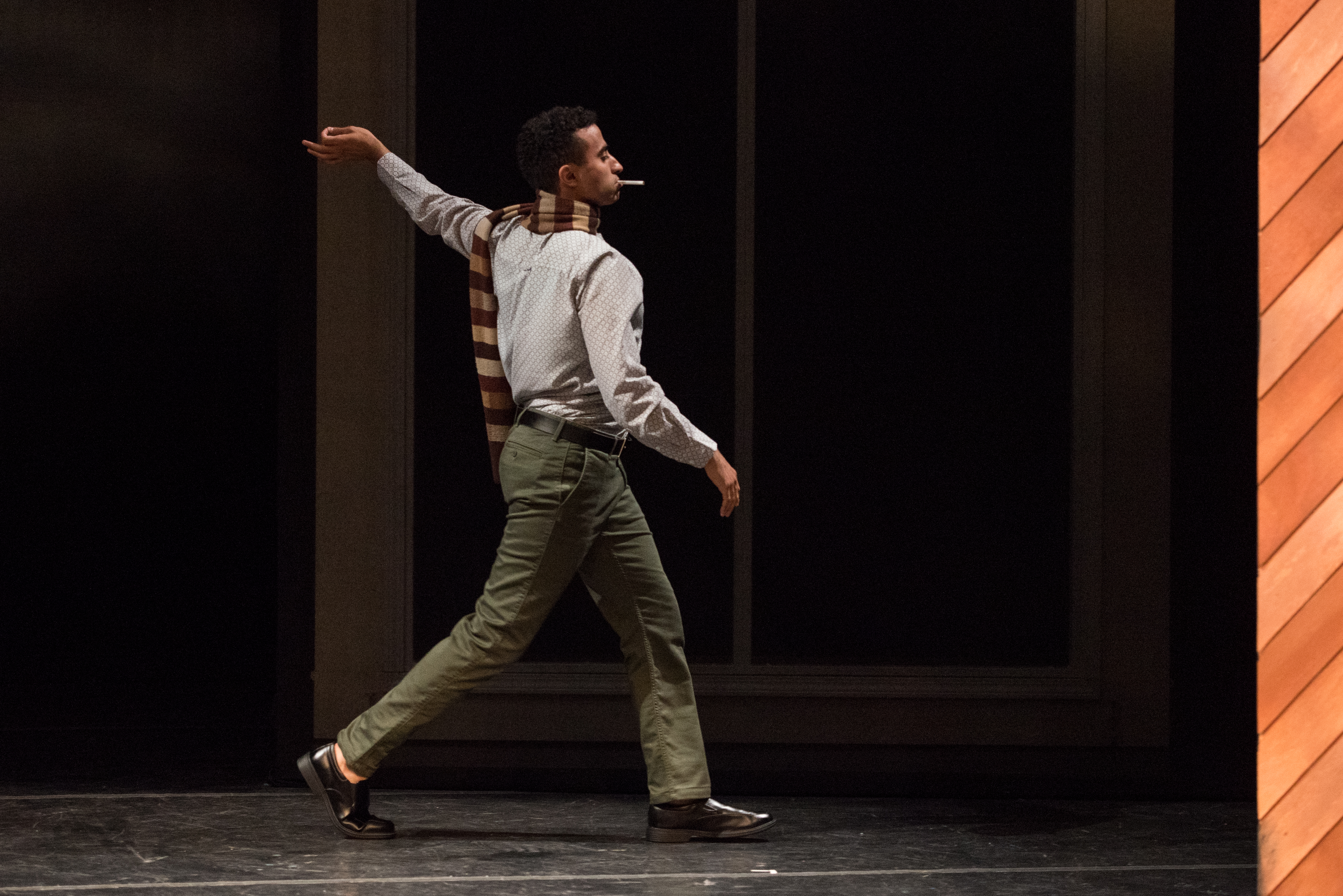 Tobias Wolff & George Saunders Are Even Better Together

For 25 years, Word for Word, the inimitable San Francisco theater company that announces its approach to drama in its name, has been presenting marvelously entertaining productions. Here, the work begins not with a playwright’s script but with a stellar short story—conveyed, yes, word for word, through fine acting and innovative dramatization.

Normally, we’ll see the work of one author, such as two stories from Olive Kittredge by Elizabeth Strout, or, most recently, five stories by Lucia Berlin. To celebrate this anniversary, however, the company is performing one story by Tobias Wolff and another by a different sort of writer, George Saunders.

Wolff’s deeply empathetic “Deep Kiss” considers the lifelong effect on Joe (Adam Elder) of a three-month-long high school romance with a girl named Mary Claude (Blythe de Oliveira Foster). His well-loved father (Paul Finocchiaro) was dying at the time; yet Joe was so enmeshed in his obsession with Mary Claude, he scarcely felt or acknowledged that loss.

He leaves their small town before he graduates and never sees Mary Claude again; he goes to med school, marries a nice woman (Molly Benson), has children (Isabel Langen, Alexander Pannullo)—and yet, he tells us, he lives a “shadow life” the entire time. When his mother (Susan Harloe) hands him a letter about the death of Mary Claude and the circumstances that may surround it, Joe begins looking back on it all.

Saunders’ “Victory Lap” centers on Alison (Isabel Langen), a charming and funny 15-year-old who loves her parents, her house, her town, her school, especially Mrs. Deeds (Molly Benson) and her Ethics class, in which they consider questions like What is Good? and Can Goodness win?

Alison lives next door to Kyle (Alexander Pannullo), the “beloved only” of parents (Susan Harloe, Paul Finocchiaro) who are raising him with a detailed set of rules, complete with charts and rewards. When he sees Alison being dragged off her porch by a stranger (Mohammad Shehata), who lives his own shadow life, young Kyle has to make some tough decisions, very quickly. His parents would not want him getting involved, and certainly not running across the lawn in his bare feet.

Like most of Saunders’ stories, “Victory Lap” is by turns humorous, dark, and fantastical. The questions raised by “Deep Kiss “lie closer to most of our lives. Yet seeing the stories performed together only increases their power and resonance.

By now, Word for Word has polished its approach to a high gloss. Nobody is coasting or resting on laurels; some of its founders, including Artistic Director Susan Harloe, continue to perform. The “Anniversary!” program with its two well-chosen tales, staged and performed with such flair and feeling, underscores how deeply the company thinks about what it’s doing. Even better, by finding young actors such as Langen and Pannullo, Word for Word is proving that a master theater company can look forward to celebrating another twenty-five years.