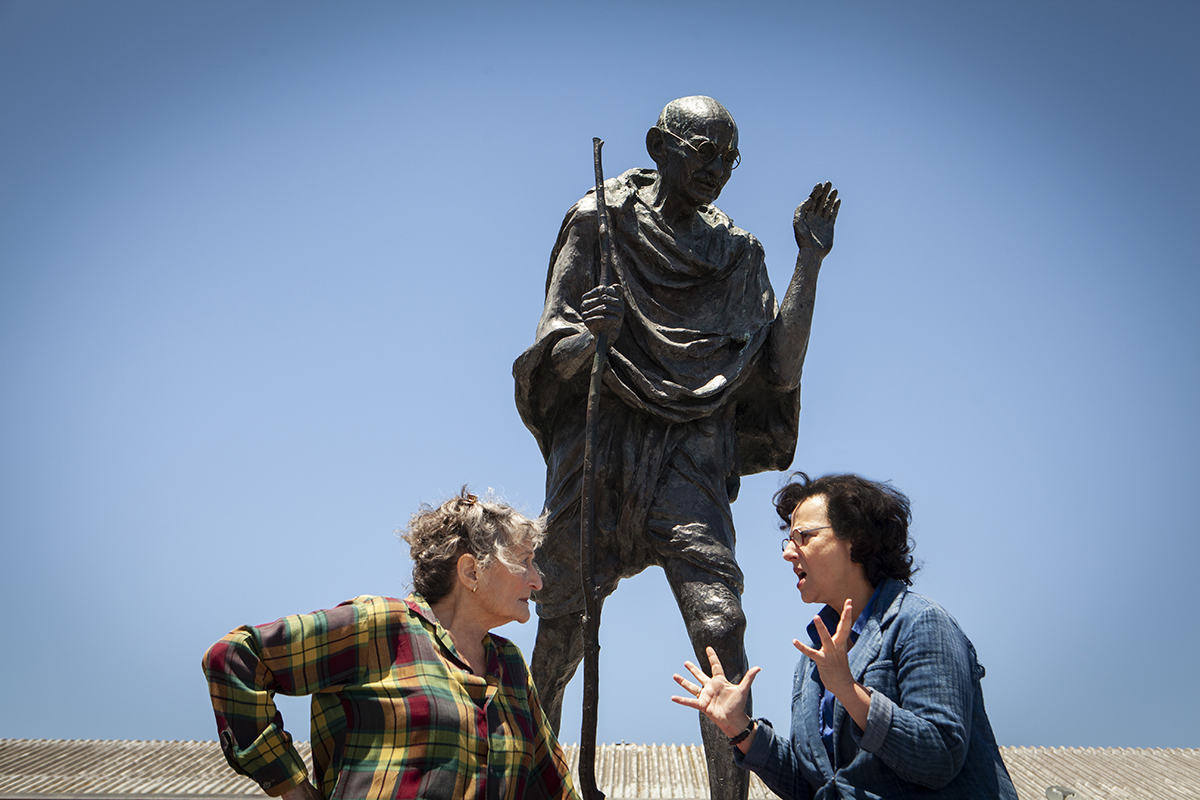 In Anne Galjour’s poignant new comedy “#GetGandhi, A Seriously Radical Feminist Comedy,” a multi-generational sorority of feminists conspire to tear down the statue of Gandhi in San Francisco. They object to Gandhi’s practice of sleeping with naked young women to test his “seminal continence,” or celibacy.

At first, it’s a head scratcher. The #MeToo movement makes celibacy seem a strange thing to protest. And really, what good can it do to dig up and expose the rotten remains of sainted fossils like Gandhi? As Bob, the play’s sole male character, says “We’ve got our own pervert to deal with!”

Still, Gandhi’s use of women as mere temptations infuriates these feminists, especially militant academic Miriam (commanding Patricia Silver). Mariam views Gandhi’s actions as abuse of power. What choice did those young women have but to sleep with Gandhi? What became of them and their stories?

Miriam blames not only Gandhi, but the patriarchal system that encourages such abuse. She resents the act of sanctification which strips men of their flaws and puts them on pedestals.

Not that they need much opposition. For much of the madcap play our feminists are a quarreling mess. Yes, they wish to change the world for the better, but they don’t always agree what “better” means.

And isn’t this common criticism of the fractured left, that we fight among ourselves as much as for our cause? Or that we champion a cause at the expense of a movement? While seeking collective action, we cling to our individual visions. Although we may decide on an action and purpose, we exclude our sisters—like women of color, lesbians, poor women, or even conservatives like Rebecca.

As Rebecca, Kail delivers a tender and captivating performance, offering an outsider’s view of the radical feminist enclave. Resentful of her mother’s passions, she is both judgmental and terrified of criticism. She “just wants to be a mom” and be respected, forgetting that her mother’s generation made her choice possible.

Galjour revels in human complexity. You’ll find no liberal saints on her stage, nor conservative devils. And what of the fate of Gandhi’s statue? You must find out at Z Below—a rollicking trip. Galjour rocks our foundations, leaving no one, least of all our intrepid feminists, on a pedestal. 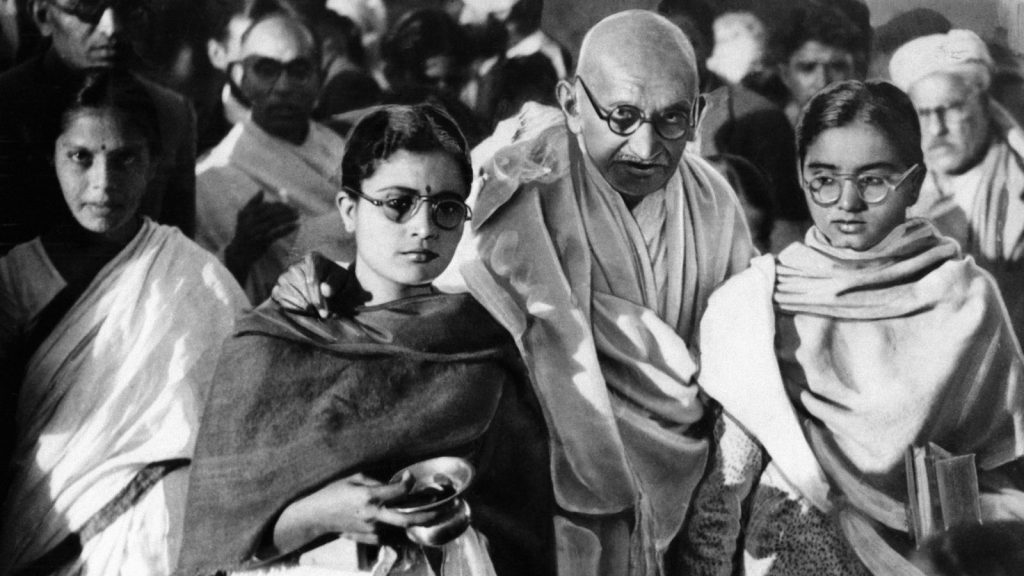 “#GetGandhi, A Seriously Radical Feminist Comedy” by Ann Galjour, directed by Nancy Carlin, by The Sisterhood of the Traveling Pantsuits Theatre Collective, at Z Below, San Francisco, through Sunday, August 26, 2018. Info: thesisterhoodofthetravelingpantsuitstheatrecollective.com