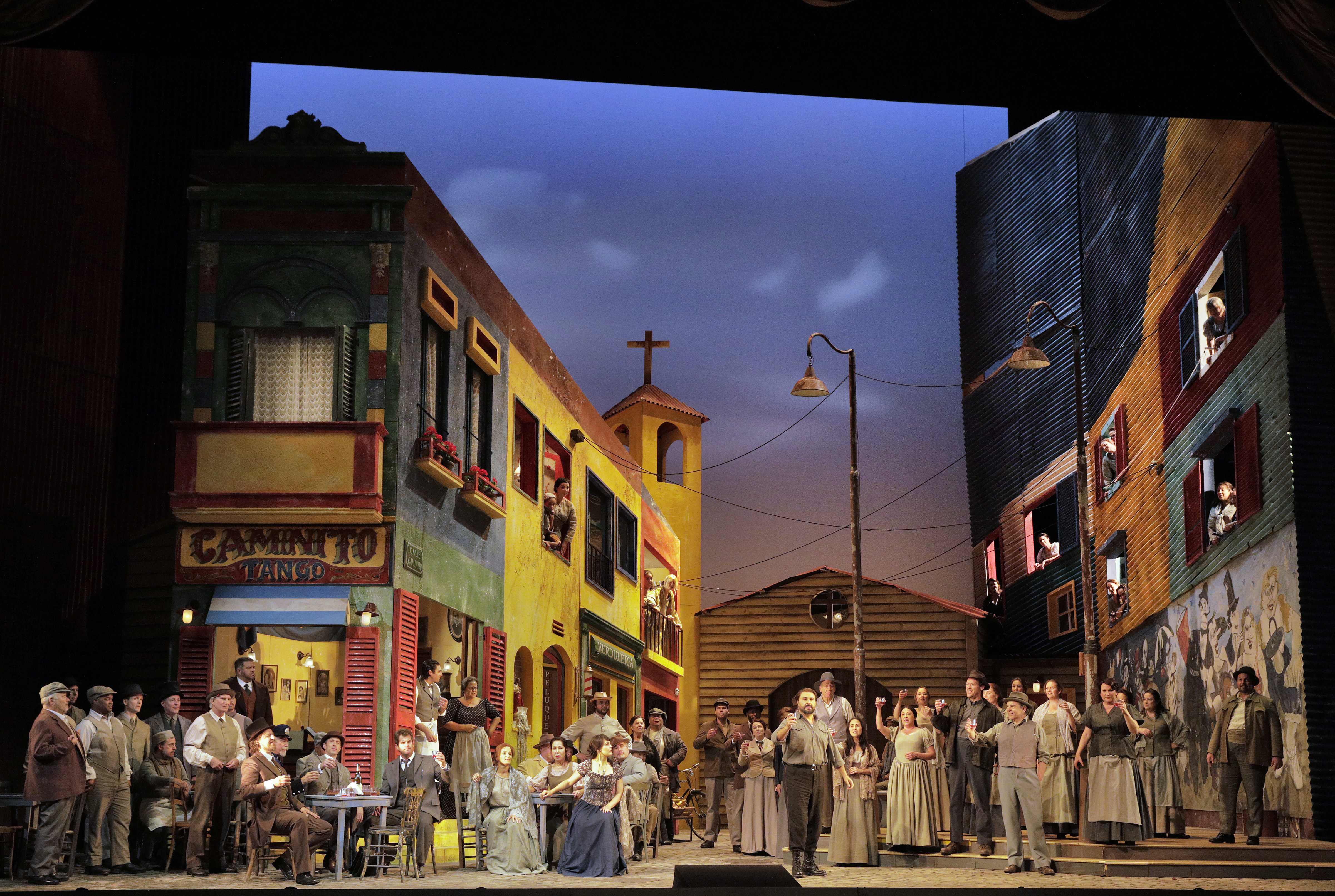 It’s not often that San Francisco audiences are offered the most popular “double bill” in opera: “Cavalleria Rusticana” by Pietro Mascagni and “Pagliacci” by Ruggero Leoncavallo. While these one-act operas are sometimes presented separately, they’ve been together since both composers (Leoncavallo wrote his libretto, as well) entered a new-talent competition in Rome in 1890. Now there’s a fine new production of “Cav/Pag,” in the aficionados’ shorthand, at San Francisco Opera.

Each tale centers on a jealous husband, an adulterous wife, and her lover—plus, in “Cavalleria,” his spurned lover. In each opera, the stories focus on—indeed, are almost limited to—the outsize emotions of the leads. But the context and center of the action is a small, tight community, the kind in which choices are limited and everyone has known everyone else for years. Instead of the traditional southern Italian town, revival director Jose Maria Condemi and production and set designer José Cura have set the operas around the town square of a poor neighborhood in Buenos Aires.

“Cavalleria” is performed before intermission, which is appropriate, because “Pagliacci” has become the more famous of the two. That’s mostly because of the gorgeous aria from Canio, the aging actor who leads a traveling circus troupe and has just discovered his wife loves another man. When he puts on his clown mask for the crowd that night, he sings, he’ll be laughing through his tears.

And “Pagliacci” is the more engrossing opera, especially in its climactic scene. With his young wife, Nedda, and another clown, Canio performs in the familiar commedia about a wife and lover who plan to poison her husband. It is a stylized comedy, not a drama; but as the performance unfolds, Canio becomes more and more outraged—and the villagers more and more uncertain, then fearful—until real feelings overwhelm those in the superficial circus performance, and tragedy ensues. 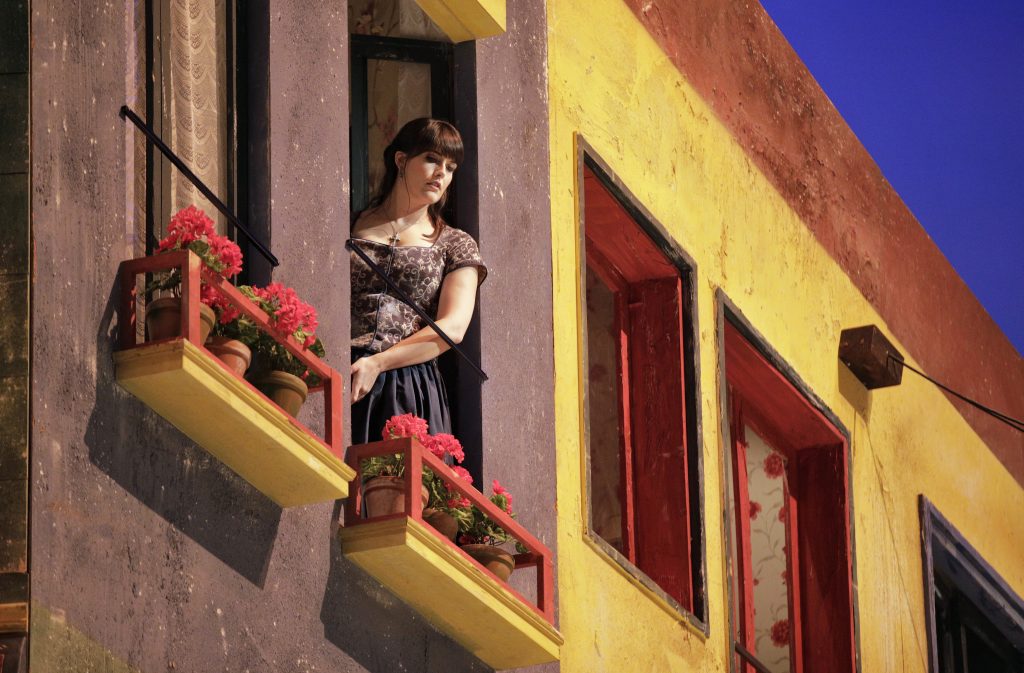 It is not only Lianna Haroutounian’s bright, silvery, effortless soprano that makes us take note of her torn, moving Nedda. With her sparky, coquettish moves as Colombina, in the circus play, you feel she could perform on Broadway. She can clearly sing almost anything.

Tenor Marco Berti is a dangerous, explosive, and yet, during that aria, poignant Canio. Baritone David Pershall is an ardent Silvio, willing to leave everything he knows for love.

By contrast, “Cavalleria” takes a long time to get moving, even vocally; the first half hour is very slow, and quiet. But once the singers get started, they are outstanding—starting with tenor Roberto Aronica as Turiddu, whose fiancée married another while he was away, then fell in love with him again, and the dynamic mezzo-soprano Ekaterina Semenchuk as Santuzza, who has been excommunicated from the church for loving Turiddu outside of marriage. 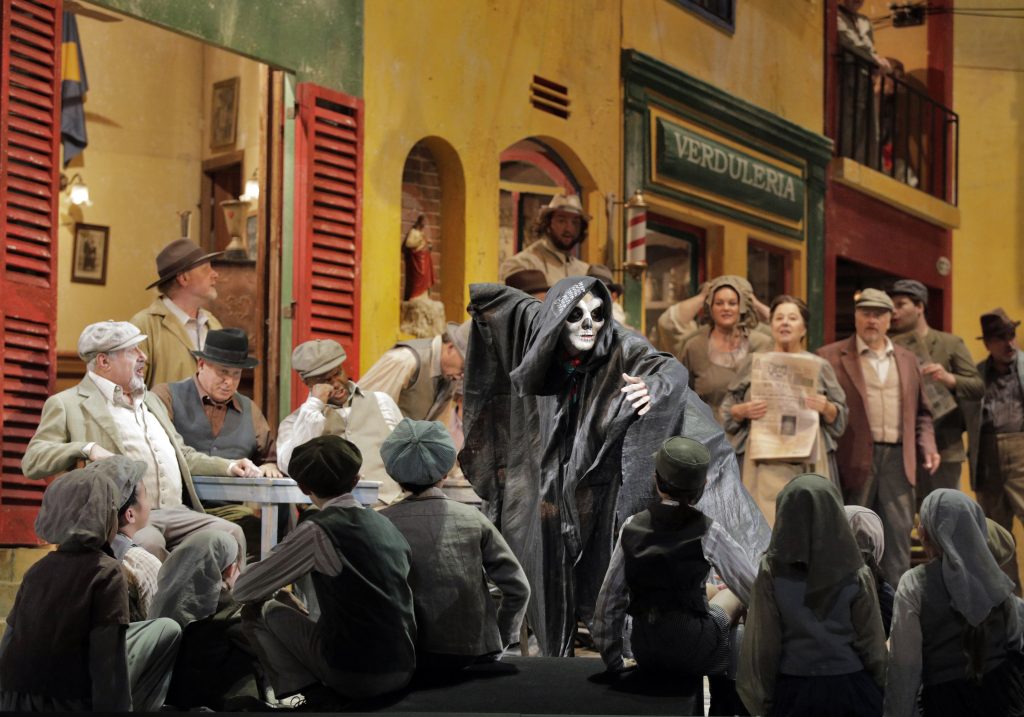 Another directorial change links the operas by having the action in the second occur not long after the first one ends. So as “Cavalleria” opens, we see Silvio and Nedda embracing until a couple of clowns from the circus pull her away. Silvio works in the bar owned by Mama Lucia (an impressive Jill Grove) and her son, Turiddu, but Pershall never sings a note until “Pagliacci.” The only singer with a large role in both operas is the charismatic baritone Dimitri Platanias, as Alfio, the cuckolded husband in “Cavalleria,” and Tonio, the malevolent clown in “Pagliacci.” I certainly hope that he—and in fact all these magnificent performers—will be in San Francisco again soon. 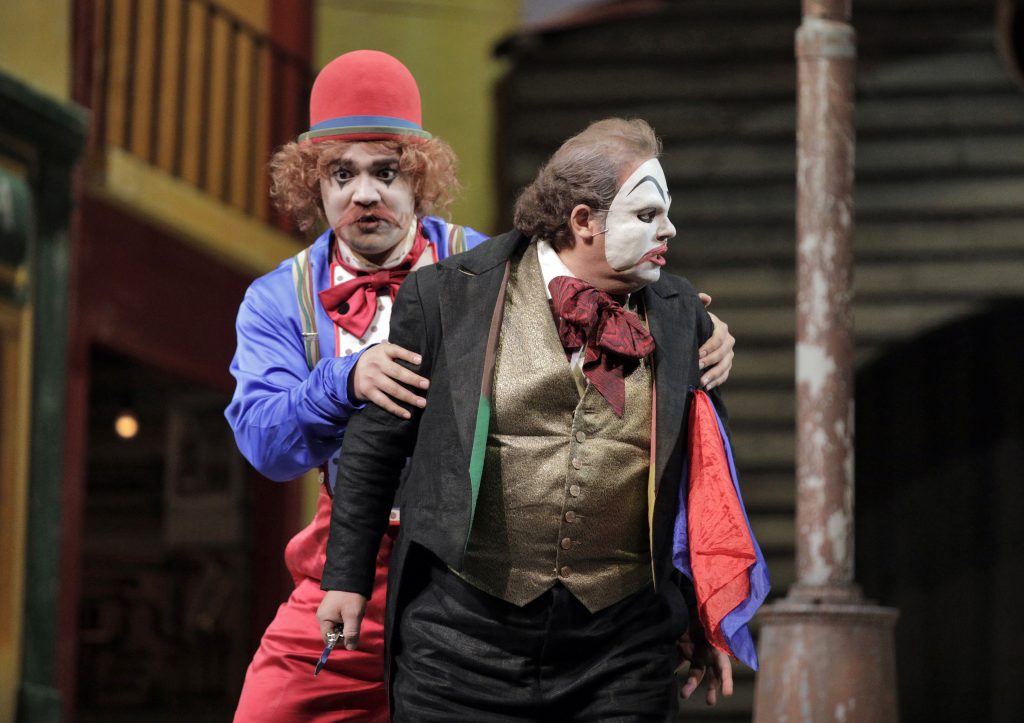