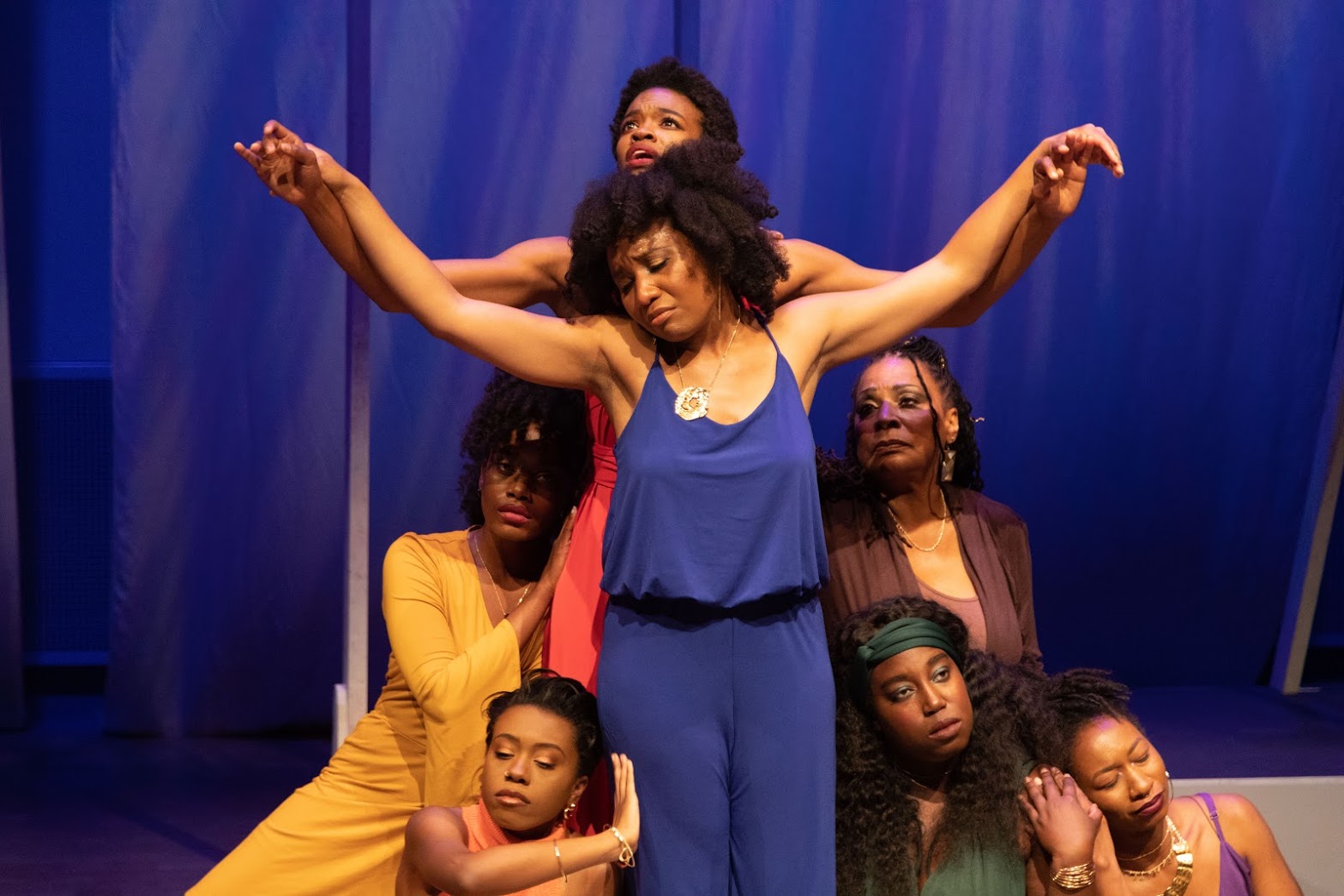 “for colored girls” feels like a healing session for the oppressed woman–not a show. Even the White women in the audience snap their fingers, relating to their darker sisters.

“for colored girls who have considered suicide / when the rainbow is enuf,” like the “Vagina Monologues,” is a series of  soliloquies pieced together. Each woman tells her story while the rest of the ensemble nods and “mmhmms” in agreement. One lady in the audience kept shouting “COME ON NOW!”  For real, this show felt like going to church.

Like the Power Rangers, each woman wears an outfit with one color. The costumes are bright, solid color and flattering to each woman. Costume Designer, Nikki Anderson-Joy gives Lady in Orange, stylish orange ankle Capri pants with a sleeveless orange turtleneck. Her hair is straightened and short, contrasting with the raw Afro and braids of her sisters. Like a rainbow, we experience all the “colored girls” together rather than individually.

The colorful ladies form a step line, curving around like a train, a common part of black sorority culture. After Lady in Purple (stylish Bobbi Kindred) starts the step from the back of the line, each woman starts to sway hips and arms to the beat. The support the women show each other on stage is powerful. It permeates my soul and sitting with these other Black women in the audience makes me feel comradely.

When Lady in Green (bold Brittany Nicole Sims) tells how the U.S. has robbed her of her “stuff,” I am reminded of the African soul I left at home. As soon as the show is over, I long to go find it under the all the junk lying around my room. Written in 1976, about the 60s, “for colored girls” still speaks to us. They circle around each other proclaiming a hidden spirit buried beneath modern Eurocentric culture.

These women are telling stories that sound a bit like mine, and that scares me. “for colored girls” grants me the courage to open my eyes and acknowledge the demons I try to ignore. These “colored” women are so free, so free that I cried by the end.

Most of the stories are about our men, Black and Brown. Lady in Blue (rambunctious Natasha LaGrone) performs a mind-blowing monologue about a Latin fiesta. We see her free and dancing like a princess, until an inconsiderate man of color triggers her “Nigga rage” to crash the party. How many times a Black girl get to feel like a princess? “for colored Girls” reminds me that we are queens. 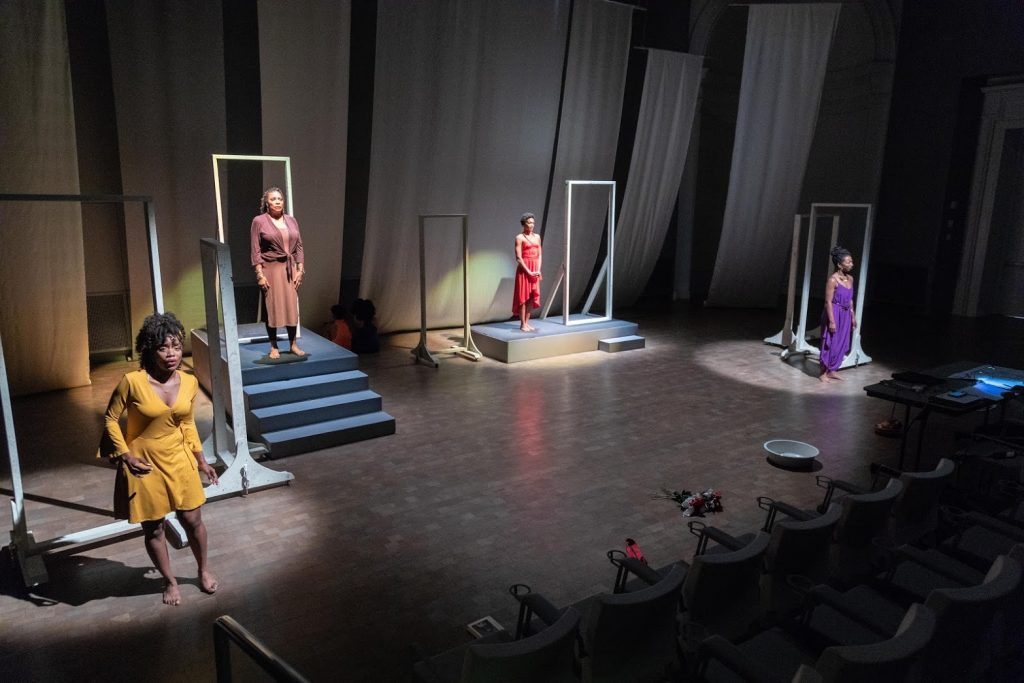