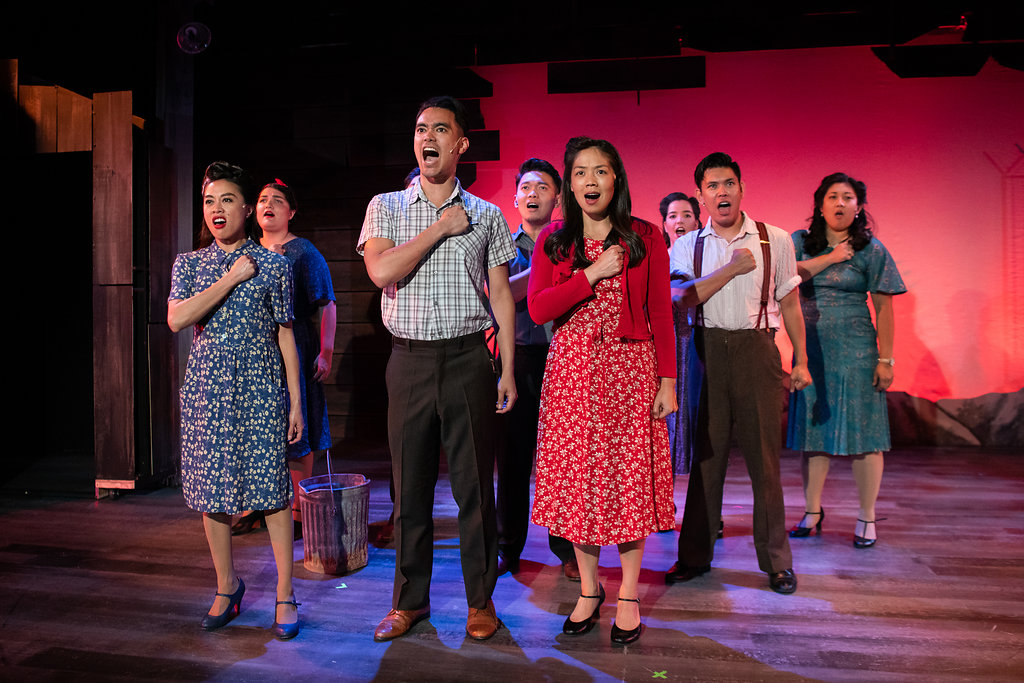 “Allegiance” connects the shameful history of Japanese American internment during WWII with a family’s story of hope and resilience. We follow the Kimura family from their Salinas farm to captivity in a Wyoming relocation camp. But “Allegiance” is no downer. This plucky musical is jam-packed with heartening songs of family, love, and redemption. After some dissonance, Jay Kuo’s writing rises to brilliance.

While “Allegiance” vividly portrays the humiliation of Japanese Americans during WWII, Kuo creates a heartwarming ode to the human spirit–combining serious drama with elevating comedy. Director Lily Tung Crystal’s energetic cast belts out  twenty-five first-rate songs. She includes romantic ballads like “This Is Not Over”; robust anthems like “What Makes a Man” and “Resist”; and swing numbers like “Get in the Game.” 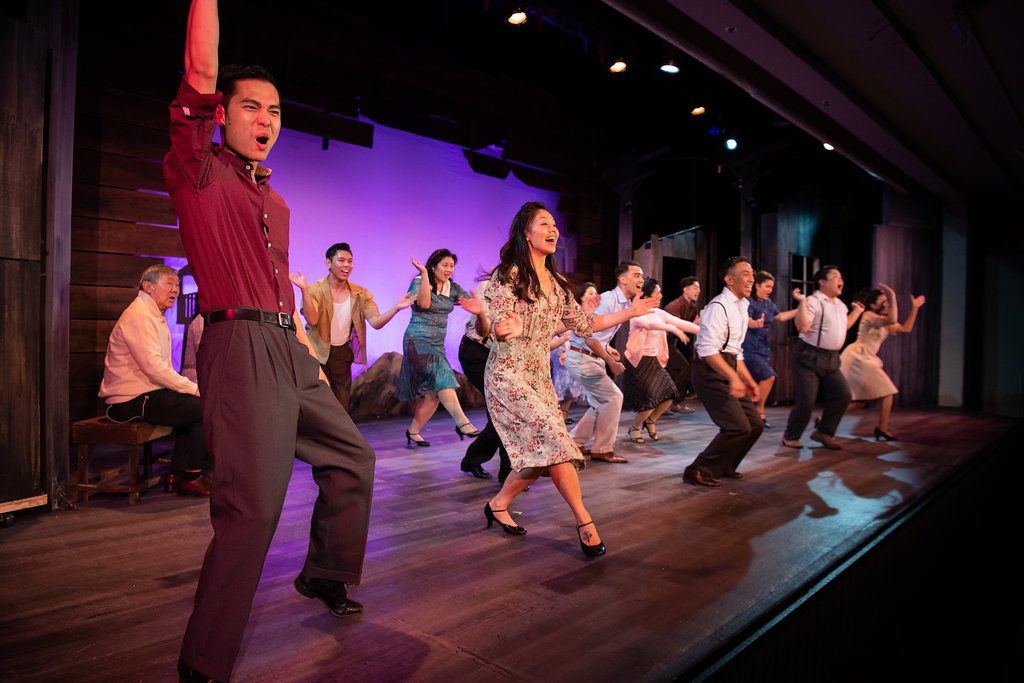 Starting with the charming “Wishes on the Wind,” the cast moves to upbeat numbers, displaying their dance chops to a boogie-woogie beat. The ensemble seamlessly adds rich chords and beautiful harmonies. 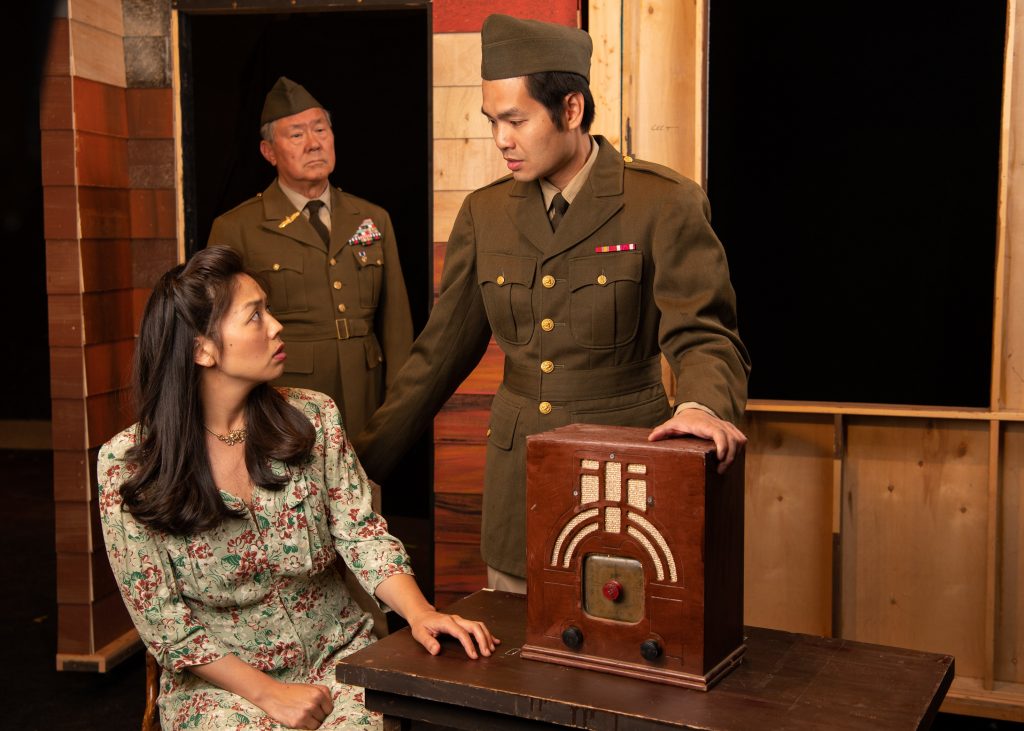 Older men, Sam Kimura and Ojii-Chan (both played by amazing Dennis Yen) embody the heart of “Allegiance.” In the Epilogue, Yen’s Ojii-Chan leaves no dry eyes. Yen brings rich humor, elegance, and ease to his indispensable roles. He adds pathos as he tends his garden during the shocking and soul-stirring bombing of Japan.

Suffused with cacophony, horror, and happiness, “Allegiance” brilliantly portrays a historically accurate view of a dark chapter in U.S. history. A trip to Contra Costa Civic Theatre will prove that history set to music can set us free. 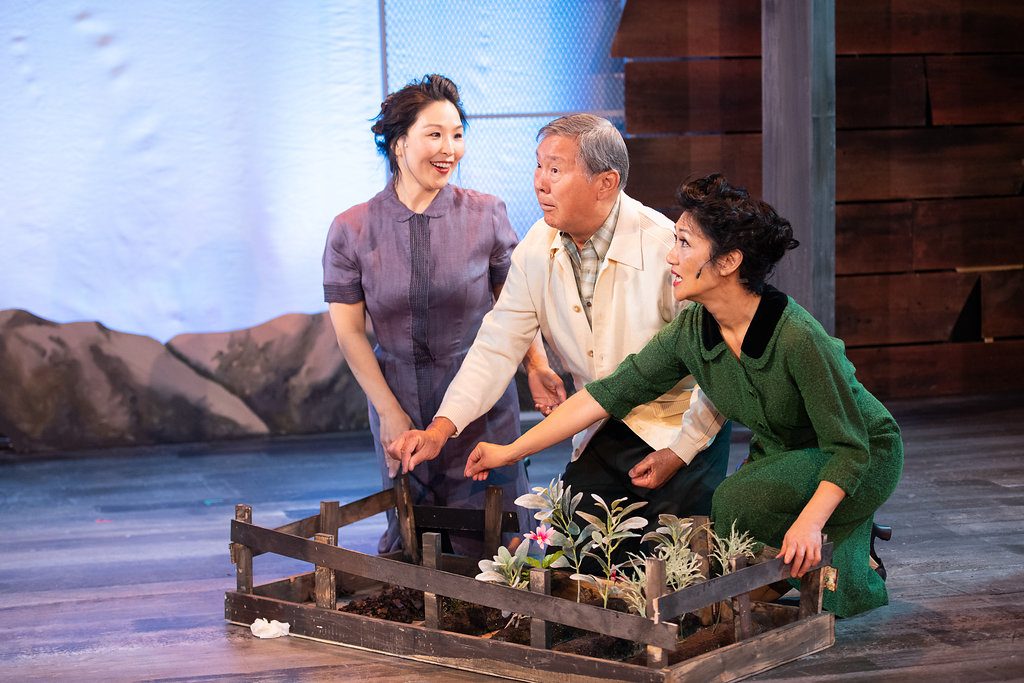