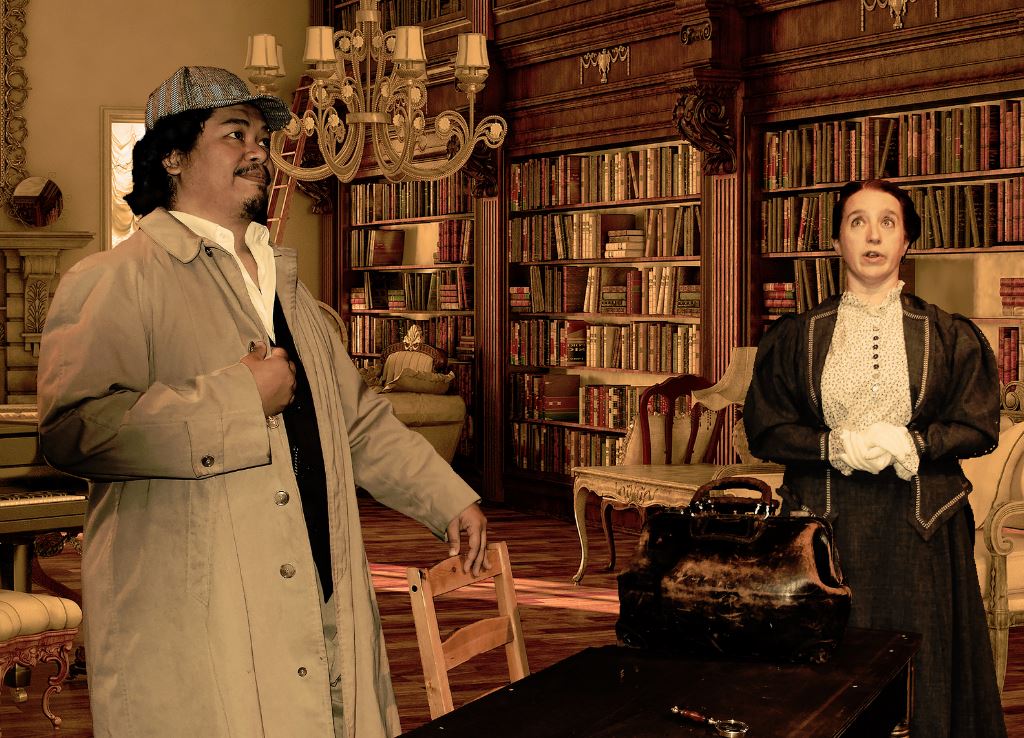 In “The (curious case of the) Watson Intelligence,” playwright Madeleine George weaves together four different stories featuring four different Watsons. Each Watson (all played by versatile Tasi Alabastro) assists a strong-willed, yet needy boss. Although “Watson” attempts to tackle too many subjects, the play shows how our attempts to create more connections can backfire.  George makes us wonder if we have broken our human connections in the service of technology.

Each history-spanning scene invokes a new technology.  Alabastro first plays an IBM robot prototype designed to assuage loneliness and help the poor. Eliza (bold Stephanie Crowley), the inventor, waxes on at length about using robots as helpers, but then the play drops the subject.

The next Watson (an unassuming Tasi Alabastro), a Dweeb Team member, arrives to help Frank Merrick (convincing Gary Mosher) with computer issues. Alabastro epitomizes the meek computer geek.  He gives only muted responses to the abrupt, long-winded musings of Merrick, his employer. Mosher excels as Frank Merrick, the “beleaguered” man of privilege, who is annoyed about government and taxes. Like Eliza’s speech about artificial intelligence, his musings go on at length. and end there.

When Watson has fixed the computer, Merrick exclaims, “Free at last!” echoing Martin Luther King, Jr. For Merrick, freedom is technological and egotistical—not humanitarian. It seems we have left human rights in the dust.

Our third Watson is Sherlock Holmes’ famed sidekick, Dr. Watson of 221-B Baker Street. On a mission to help Mrs. Merrick, this Watson is the least useful of four. Crowley shines as Mrs. Merrick, an overbearing early 20th century Englishwoman without a clue about people. Crowley  hits our funny bone with Mrs. Merrick’s obliviousness.

The fourth and final Watson, Alexander Graham Bell’s loyal assistant, connects the scenes, when he states, “Why, the very success of the telephone is evidence of this need [for connection].”

George shows that, while our the technologies fill a need for human communication, they usually end as mere conveniences. George fails to address the conflict between needful connection and mere playthings.

Eliza ends the play ambiguously: “I’m connected to them. Other people. Everywhere around us.” But the previous scenes show that she was never really connected to people.

George’s play shows that tech increases the distances between us. Choppy at times, like tech itself, “Watson Intelligence” demonstrates our continuing need for in person connections.