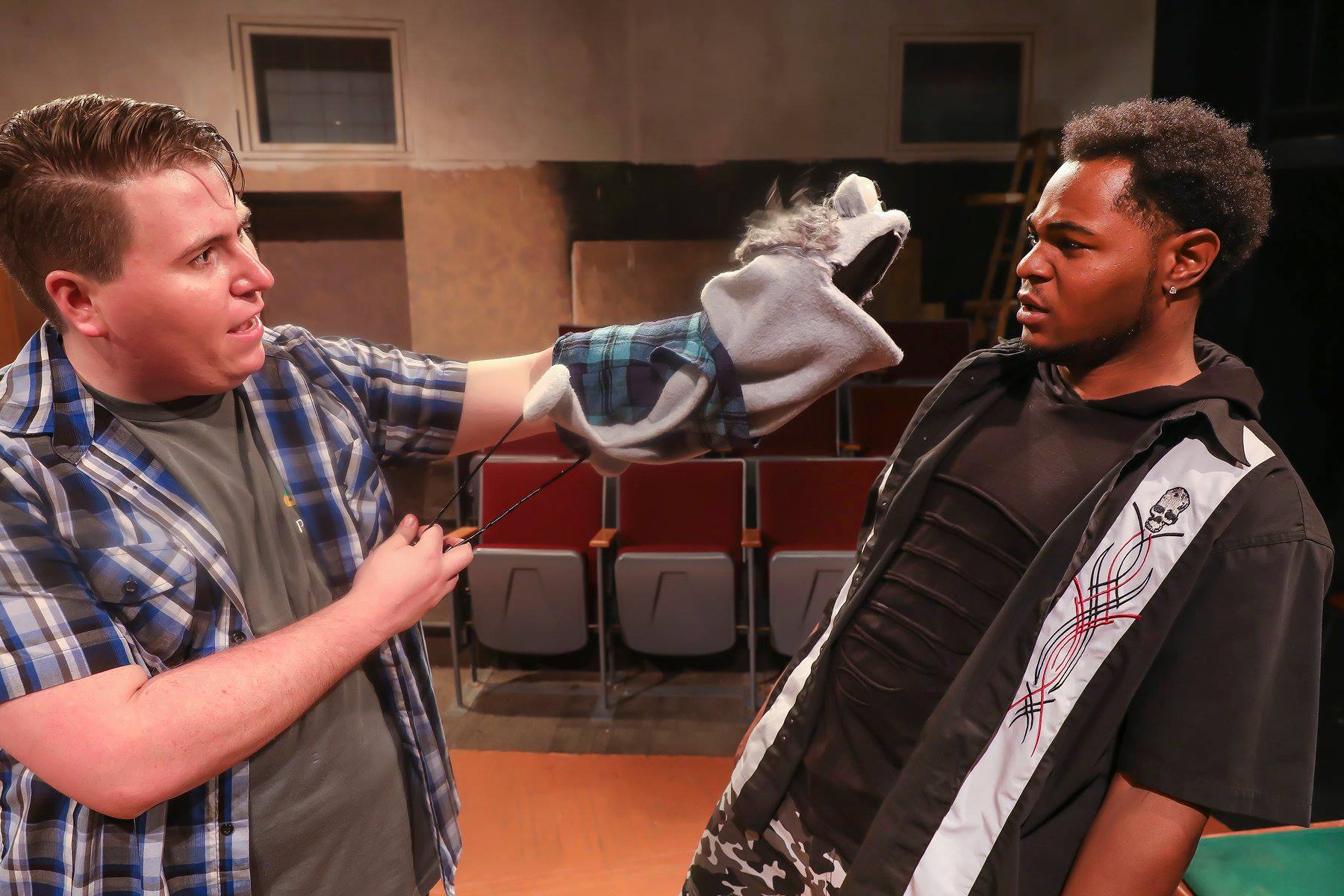 Altarena Playhouse’s “Hand to God” magnifies the age-old philosophical question: What is right and wrong?  Playwright Robert Askins uses puppets to tell a story of a lustful, sex-crazed church family in a small southern town. The human and puppet characters spring to life in this Bible Belt, bonified sex romp!

A Sunday school teacher and recent widow, Margery (alluring, hilarious Melanie DuPuy) is having a tough time running a puppet class for the Church youth. The 13 and 14-year-old students are played by wonderful adult actors with dramatic Texas drawls. Rule-breaking Timmy (precise Jason Anthony) surpasses his classmates’ maturity.  Timmy licks his lips and hits on his sensual teacher, Margery.

DuPuy’s neurotic, sexually repressed Margery arouses Timmy’s hormones. She paces the classroom with a phony smile, luxuriously fanning herself with her hands. I’m hooked, bring on the crazy!

Margery’s son, Jason (doe-eyed Steven Samp) is repressed and awkward. Jason lags behind Timmy’s sexual awakening.  But Jason proves that he’s a natural mimic and puppeteer. He tries to please his co-dependent Mom, even while Timmy bullies him.

Jason catches a break spending time with his crush, Jessica (sensible Madison Worthington). They rock together in two charming wooden swings that descend for them.  Jason shows off for Jessica as he skillfully performs a vaudeville-style ventriloquist show.

Out comes his hand-puppet, sour and sarcastic Tyrone (multi-talented Samp, again), who turns out to be a purple puppet with brown hair. But, surprise, this puppet is also SATAN!

Tyrone gnashes his teeth at all around him, silencing submissive Jason. Like an athlete, Samp jumps on tables and crawls around the stage, dragged along by his puppet. His marvelous movements capture me, and I fear for Jason.

Samps’ voice changes from whimpering teenager to an aggressive go getter in nanoseconds, as he switches between Jason and the evil Tyrone.  It’s like watching Sméagol from Lord of the Rings battle with himself.  When Jason fights back, Tyrone exclaims, “You need me!”

Askins asks us to be wary when Tyrone or the church exert power over us.