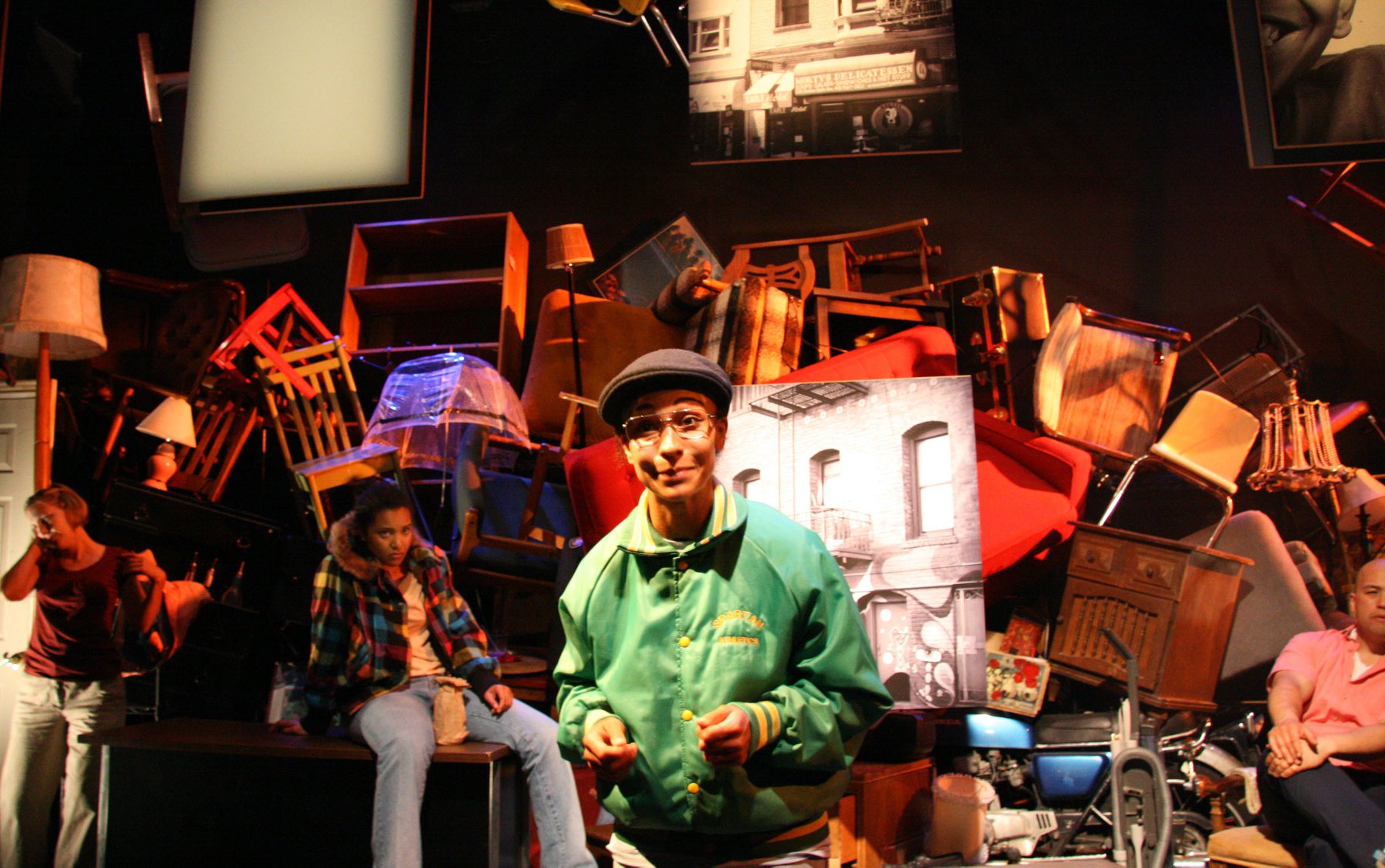 Cutting Ball Theatre starts their new season with a blast with “Prime Cuts” from their hit 2012 docu-drama “The Tenderloin Tour.” Their Taylor Street theater, in the heart of the S.F. Tenderloin, tells us poignant, visceral tales about real, local folks. “The Tenderloin Tour” delves below the superficial grimness of the Tenderloin, and reveals a neighborhood of passionate, lively, and intelligent citizens.

Writer and director Annie Elias has decked out the walls of the theater with beautiful artwork by the Tenderloin Boys & Girls Club. The art, displayed below, shows boisterously colorful crayon work. Check out the abstract and realistic art with splashes of grey, and vivid as the city, itself.

Drawing on extensive interviews, four actors–Siobhan Marie Doherty, Paige Mayes, Jeunée Simon, and David Sinaiko–portray the residents who take us on the “tour.” Soft-spoken Doherty takes on the role of an abused woman. She tells us that the Tenderloin is the only place she feels safe and free. The Tenderloin is the kind of place where no one will judge you because everyone is trying to find a home and safety. 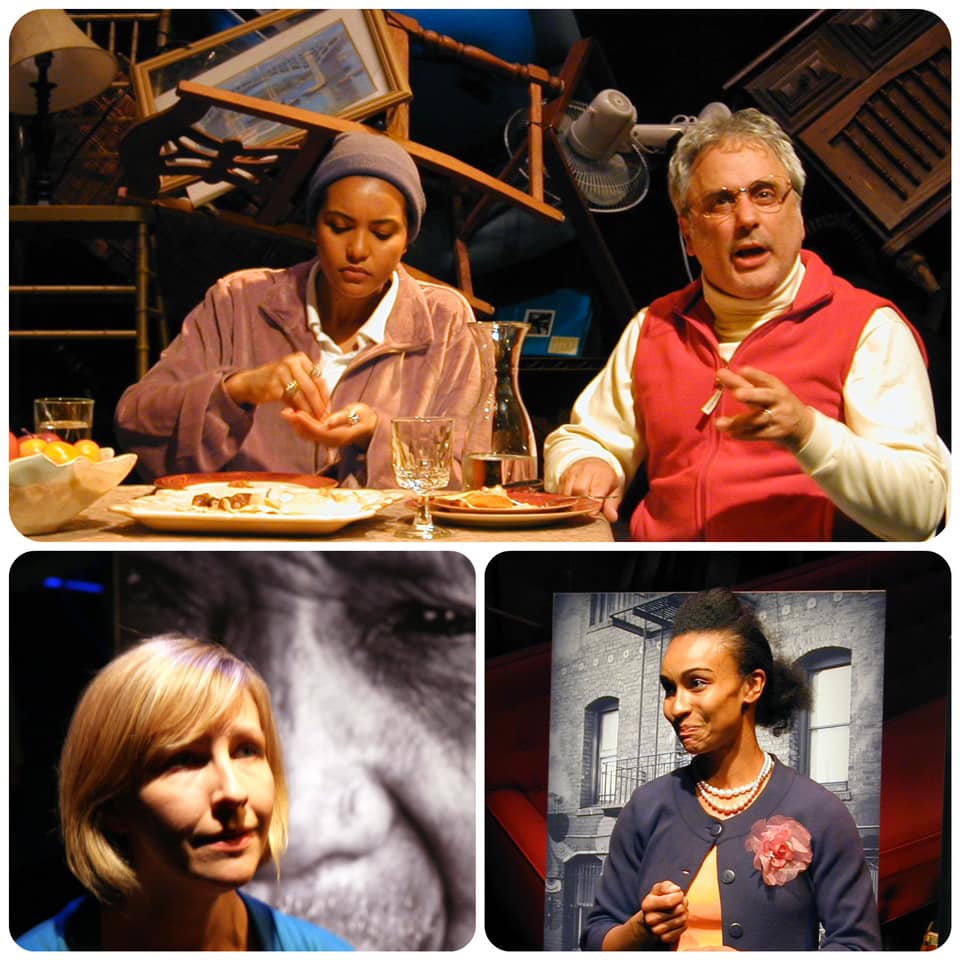 Each actor shines with highly specific, individual portrayals of the Tenderloin people they interviewed. One older man twiddles a single finger as he speaks with a strained, but enthusiastic voice. A woman sits in the street, crunched to one side, explaining her life with a finger pointed to the sky.

Wonderful Jeunée Simon and David Sinaiko endear themselves to us, switching gender roles to play an adorable couple working in charitable outreach. Playing across gender, Simon and Sinaiko bicker over their grass roots program. Sinaiko speaks in a high pitched voice, that reminds me of my grandma. Simon magically transforms herself into a bent, husky-voiced man.

In the famously gritty Tenderloin, San Francisco’s extremes of wealth and poverty veer toward dystopia. When we are presented with the struggles of Tenderloin people in the “safe” space of a theater, we face our own privilege.

Like a splash of water, I realize how we are constantly forcing ourselves to reject those we pass in the street. Leaving the theater, with a flash of empathy, I feel brave enough to make eye contact with a homeless person in the street.

Tenderloin residents can pay what they’re able to afford, or see the show for Free.