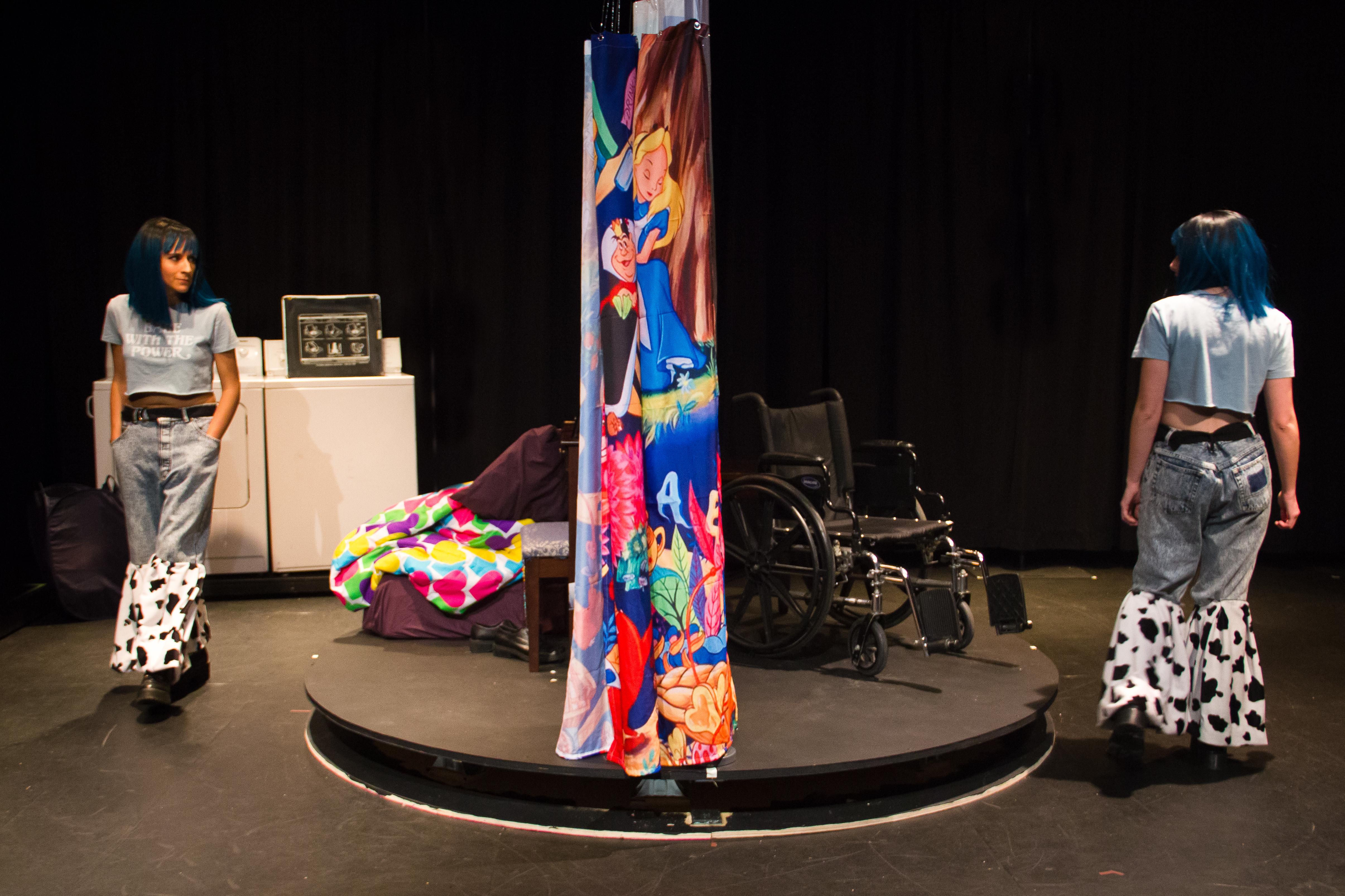 We all wish that we could travel in time to relive parts of our lives differently. Rather than changing the whole world, we only want to change our own lives. Quantum Dragon’s “The Do’s & Don’ts of Time Travel” offers a road map that to reliving our past–even meeting our past self.

Obsessed with researching her thesis on time travel, Rachel (dynamic Marisa Darabi) focuses on discovering the mistakes in past, literary Time Machines.

Expounding to her roommate Zoey 1 (spirited Miranda Reilly), Rachel applies scientific theory to a lengthy list of movies, including Somewhere in Time and Back to the Future. She explains where each machine has a fatal flaw, drawing into the possibility that time can, indeed, be traveled.

Rachel has studied The Time Machine (H.G. Wells, 1895) which sparked public imagination with the thought of time travel. Countless movies and books on time travel have followed, calling upon us to suspend disbelief. The problem, as Rachel points out, lies in the fact that time machines defy logic but not necessarily science. She engages us to the point that we begin to believe, ourselves.

For her part, Zoey 1 is intent on doing the laundry—poorly.  Despite the fact that Rachel reads each clothing label, Zoey 1 sees no need to separate their clothes. Zoey 1 claims that everything can be washed together in soap and water. Always the academic, Rachel is immersed in the detailed study of time travel, while simple, uninspired Zoey is hooked on Bond movies. They make an “odd couple” of friends. Guess which one gets to travel back in time and meet herself!

Suddenly, Zoey 1 runs into a version of herself, called Zoey 2 (sassy Kitty Torres). Zoey 2, identical to Zoey 1 in every respect, including her electric-blue hair and jeans with white-flared cowskin, bell-bottoms, realizes that they are the same person. As they talk to each other, they discover a startling “Time Loop.” What happens next is worth a trip  to Phoenix Theater to partake in the two Zoey’s time travel.

We are confused and intrigued by the logical impossibility. How can this be?

Do we alter time when we travel to the past? What happens when we meet ourselves in the past? When Zoey questions Rachel, protesting that the past is unchangeable, Rachel replies: “Everything is written in stone. But there are an infinite number of stones.”

Like Zoey, who is searching for the love that she missed from Claire, we wish we could find our lost loves. “The Do’s and Don’ts of Time Travel” excites my imagination and pulls at my heart strings.  Don’t miss the chance to travel back in time!

“The Do’s and Don’t of Time Travel” written by Nicholas Wardigo, directed by Anna Smith by Quantum Dragon Theater at the Phoenix Theater, San Francisco, through Saturday, January 26, 2019. Info: quantumdragon.org