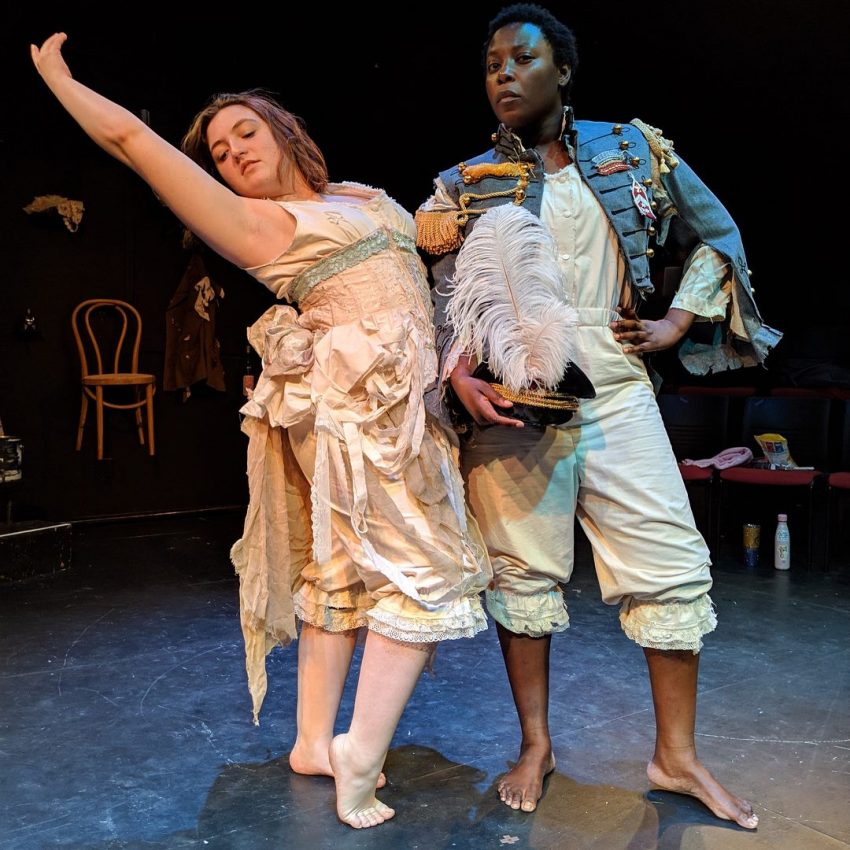 Arthur Schnitzler’s “La Ronde” was shocking, even progressive, back in 1900, when it was censored and suppressed for decades. But now, the script only reveals that our ideas about sex have remained almost as puritanical as they were over a hundred years ago. Under Ariel Craft’s direction, “La Ronde” looks beautiful but requires excavation to understand the themes.

With the help of exceptional lighting design by Cassie Barnes and prop design by Adeline Smith, the actors navigate the 1890s sexual landscape in the black box theater turned bed chamber, forest, or private dining room. Francis is consistently whimsical and crisp. Simon approaches each new role with radically physical passion for acting. Brimming with vigor, both glide impressively between characters. Occasionally, the lovers lose their definite edges and bleed into each other.

In one scene between Husband (Francis) and Wife (Simon), Craft elegantly illustrates their power dynamics with choreography that gives each actor the ability to manipulate the other with a pointing finger. The Husband eventually wins out, gesturing the Wife into submission.

In the following scene, the Husband (now Simon) is seen engaging in extramarital relations, a sin he has just warned his Wife against. What’s more, his relations consist of drugging and raping a nineteen year old called L’il Miss (Francis). She is left mumbling about “something in the wine.”  I feel like I have just watched a rape with no motive other than to remind me that rape exists. The Husband—a kind of man who still thrives on college campuses, in offices, on street corners—goes unpunished. Craft makes me an unwilling (not unwitting) accomplice.

Other scenes depict less disturbing, but equally fraught relationships, all of which are dominated by the patriarchal power dynamics of the 1890s. By casting women in both male and female roles, Craft wants us to consider our gendered expectations of power, but elicits only a shallow reaction in me: “The 1890s were messed up, huh?”

To close the show, the “Whore” returns to the stage in contemporary clothing, attempting to remind us that these sexual/power dynamics persist today. It feels like too little, too late. The production begins to feel like an assemblage of good ideas, none of which is fully rendered. Mostly, I am left feeling as though I have done the analytical work that the show could do better. Nevertheless, “The Carousel” is an entertaining ride.