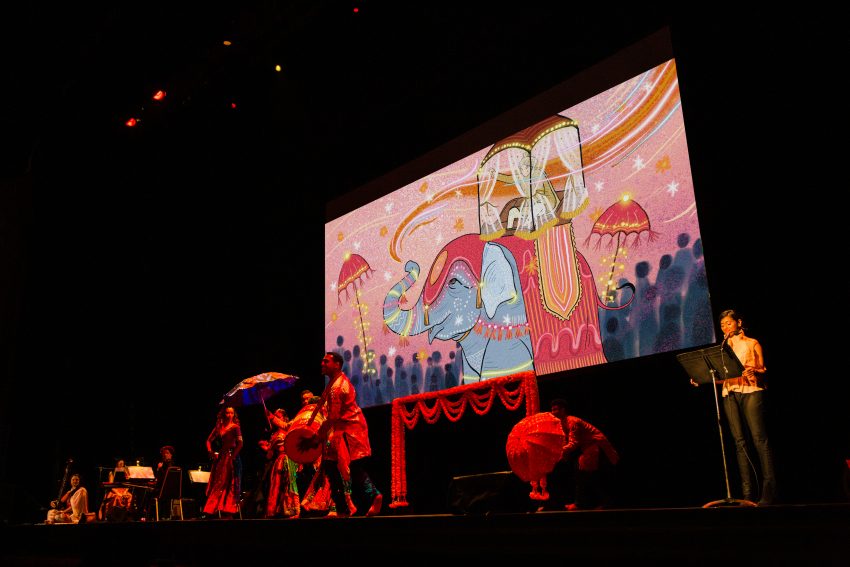 Inspiration for Your Next House Party (or TED talk)

A “Pop-Up Magazine” event is a cross between a TED Talk and the drunk people in the kitchen at  a good house party. “Pop-Up” is a touring variety show from the publishers of the California Sunday Magazine that hits S.F. and Oakland theaters three times a year. Artists, writers, and filmmakers narrate polished stories about mundane but important things—including burritos, elephants, ride sharing, hurricanes, and tattoos.

Xyza Cruz Bacani presents photographs from her recent book We Are Like Air, which documents her life as a foreign domestic worker. Now a celebrated photographer, Cruz Bacani was once a Filipina child separated from her mother, who had left her family to earn money in Hong Kong.

We feel the emotion in Cruz Bacani’s voice as she explains her struggle to connect to her absent Mom across thousands of miles, and over the years. She explains that she eventually went to Hong Kong to work for the same family, spending over a decade getting to know her own mother. She doesn’t try to wrap her story with a tidy bow. It’s raw and real and human. 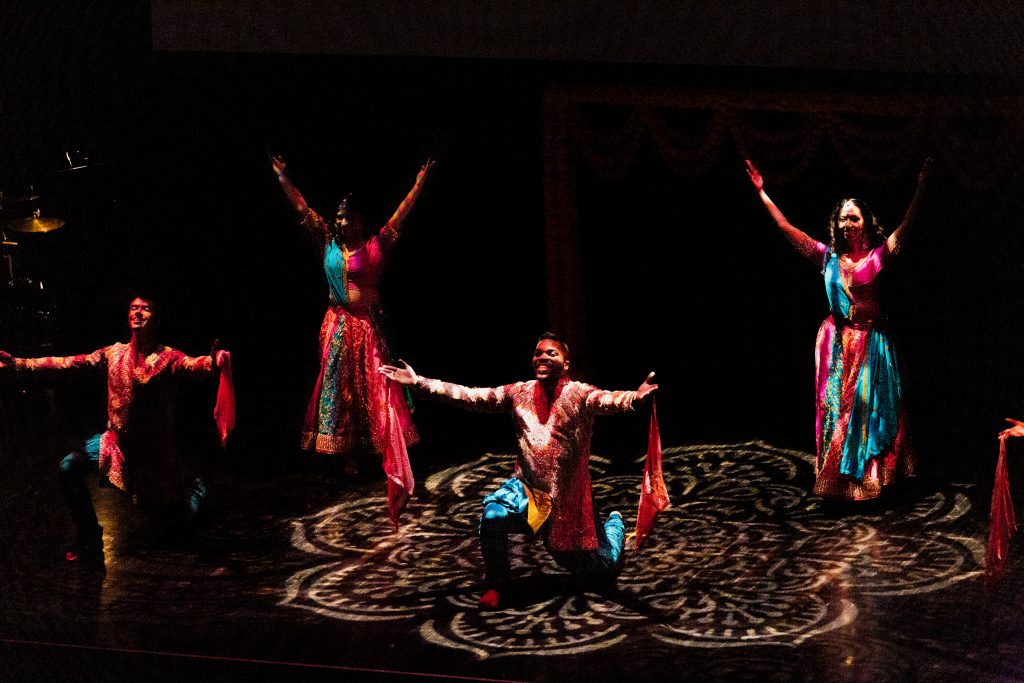 Indian American journalist Mallika Rao tells us about Indian weddings in her story, “Love & Bollywood.” She explains that in Southern India, wedding rituals used to be low-key. Then came Bollywood movies and middle-class wealth, inspiring Indian immigrants to engage in over-the-top ceremonies and celebrations, no matter how subdued their old traditions.

Rao shares photos of her wedding, including the vulnerable admission that she was divorced a few years later. Her piece ends with a rhythmic and head-spinning dance by AATMA Performing Arts, an Indian dance school in New Jersey whose students really cut some Bollywood rug. 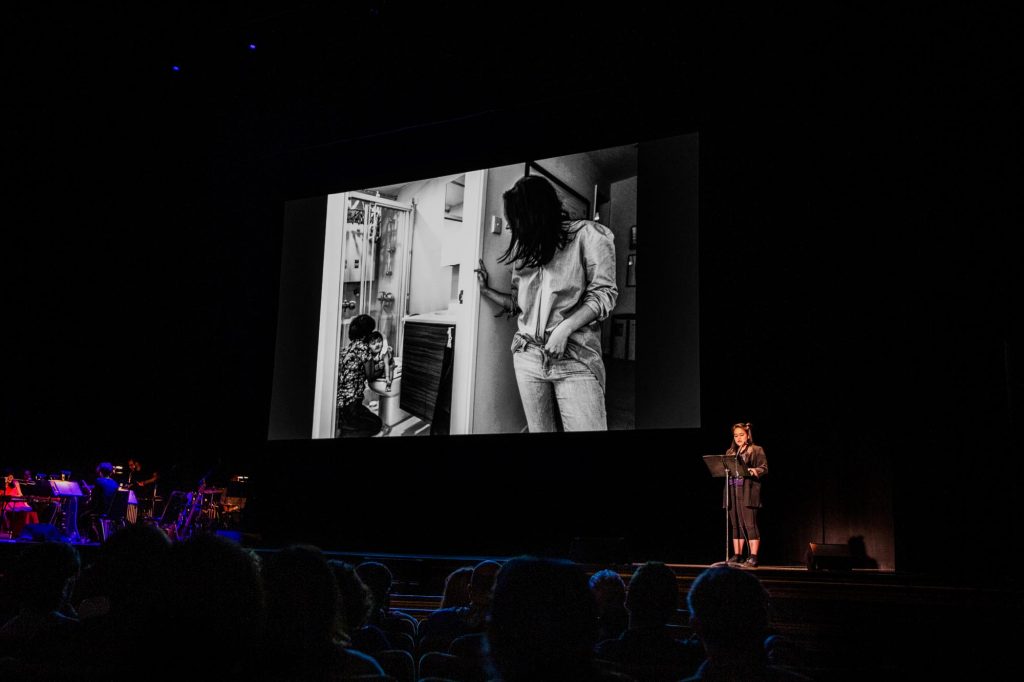 Though carefully curated, Pop-Up events have no specific theme. The (true) stories range from deeply reported journalism to anecdote. Some take well to the event’s multimedia format, while others feel forced—like guy who tried to get free Burger King meals for the remainder of his life. Not compelling.

But the San Francisco Mission restaurant that gave away free burritos for life? All 3,040 people in the audience suddenly want the tattoo that would make them eligible.

There is something unnerving about wanting to get a tattoo along with 3,039 other people, who are wanting it all at the same time. Maybe it’s the feeling churchgoers get when they hear a sermon, or spectators at a wrestling match. It’s a collective mind-meld experience, and it’s magic. 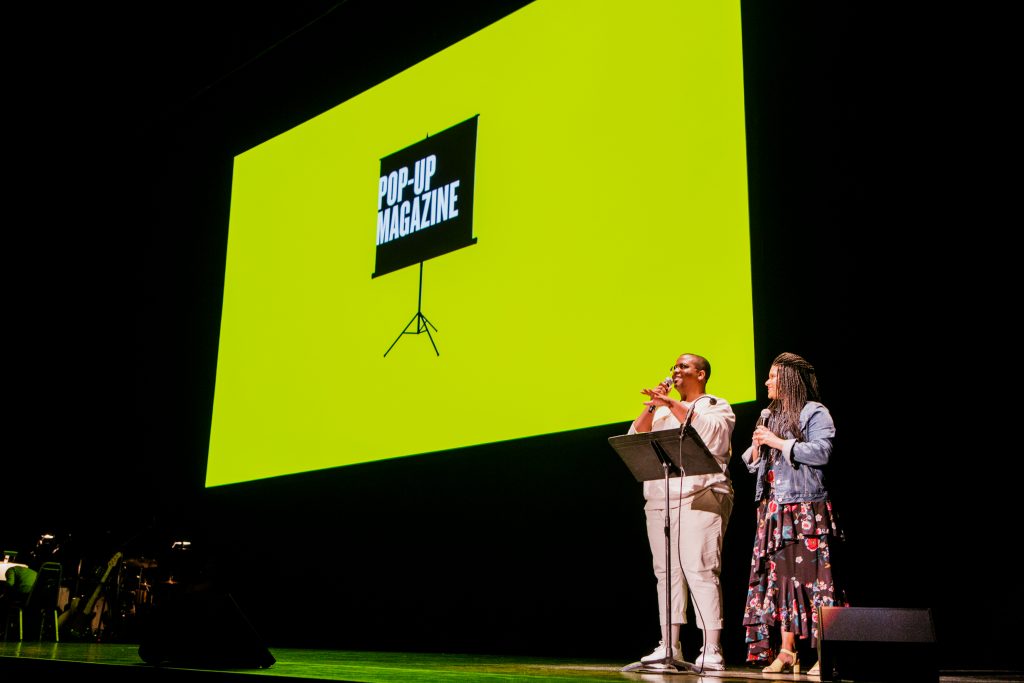