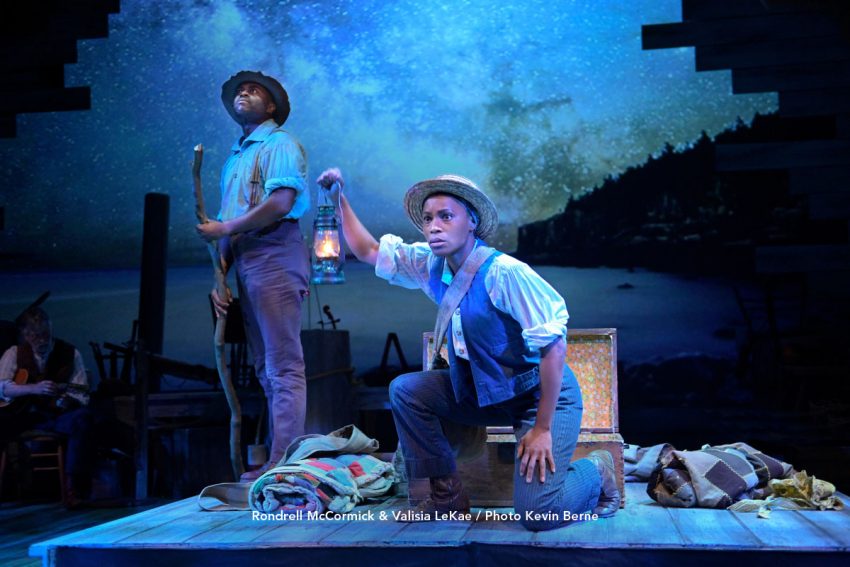 Myler & Wheetman’s Rousing Musical Takes Us to the River

“Mark Twain’s River of Song” launches us on a foot-tapping journey back to the music of the 1800s on Mark Twain’s Mississippi River. TheatreWorks’ broad stage is flanked by trees with hanging Spanish Moss that frame a large screen for the outstanding video work of Scenic and Media Designer David Lee Cuthbert.

Spectacular historic shots show riverboats billowing smoke on the Mississippi, as Cuthbert’s masterful manipulation of zoom and angle brings the ancient photos to life. Images of boats unloading passengers and cargo put us right on the River. Shots of plantations and cotton fields give the flavor of life along the levees. 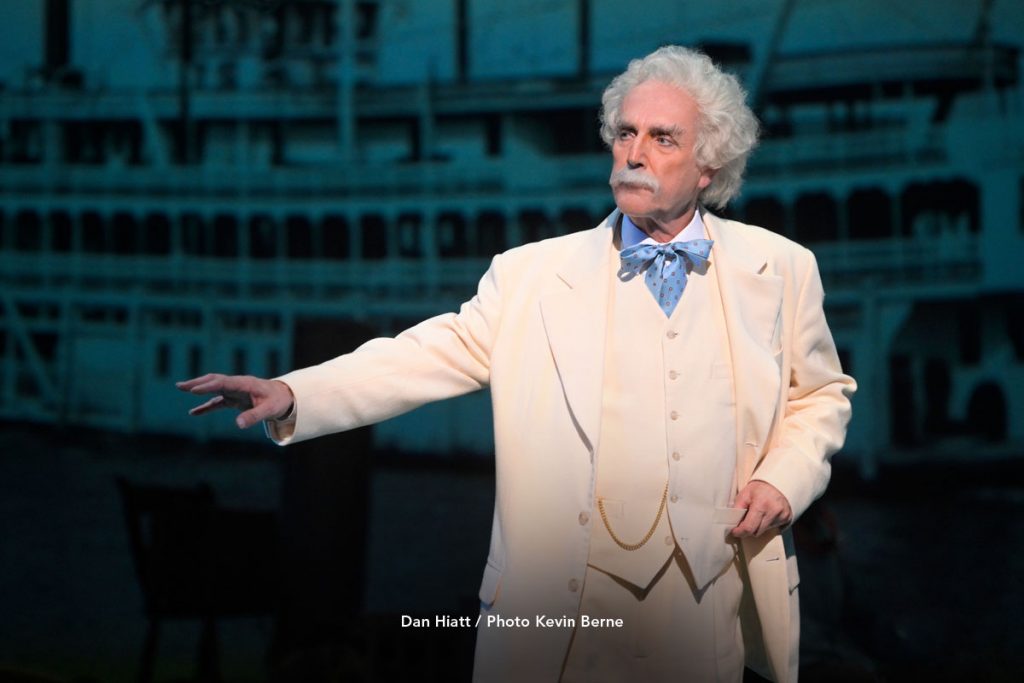 Hiatt begins Twain’s story with his running away from home in Hannibal, Missouri; he becomes a river pilot. Intersperced with Twain’s stories, we hear over twenty songs—twelve by singer-songwriter Dan Wheetman of “Marley’s Ghost” band fame. Wheetman’s songs blend beautifully with folksongs and spirituals. 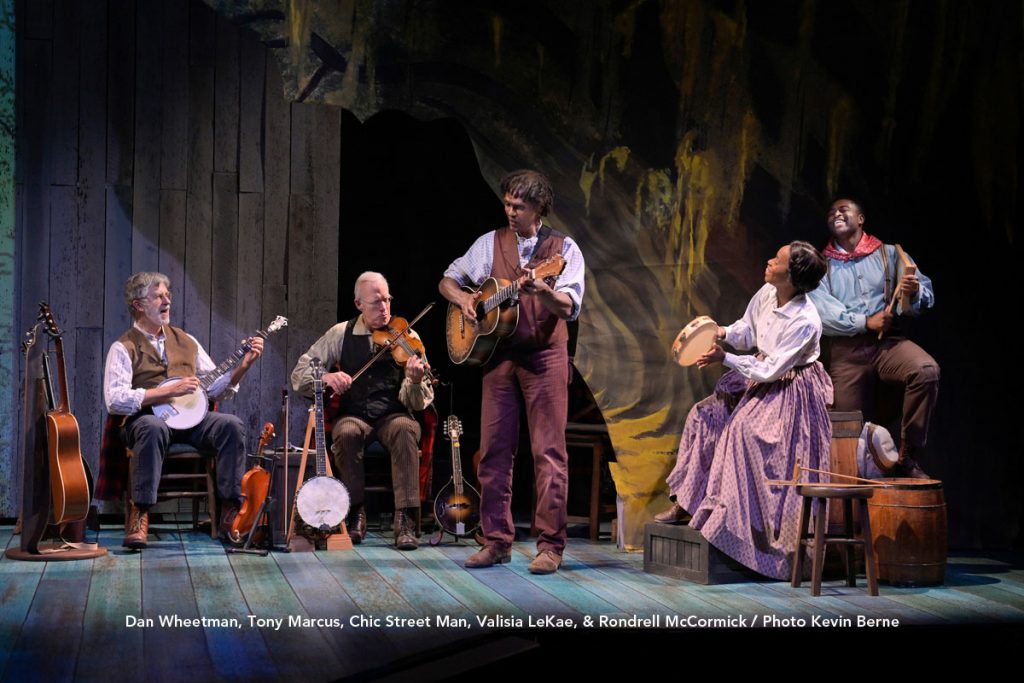 Wheetman is also the leader of the Ensemble and plays a variety of instruments in authentic early American styles. The Ensemble of five musicians delivers all kinds of music, faultlessly.  Grammy nominated singer Valisia Lekae stands out with a truly great voice and dynamic acting; she plays roles from a runaway slave girl to Twain’s Huck Finn. 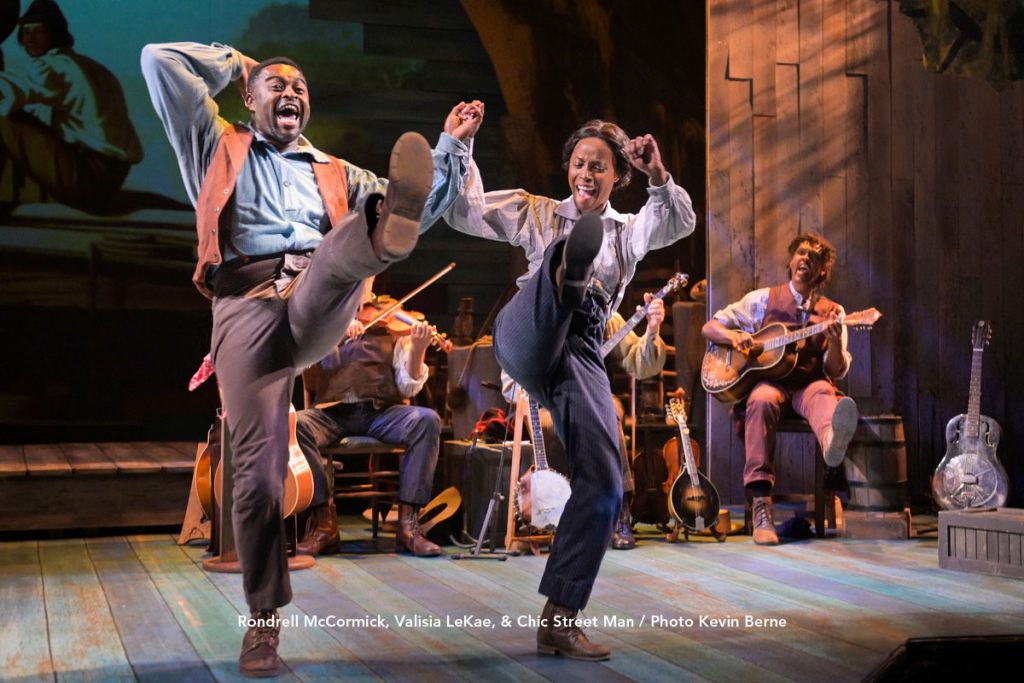 “River of Song” shows great reverence to historical detail, presenting the unvarnished truth about injustice; the slaves use music to make their lives more bearable. We are deeply moved when Chic Street Man sings the spiritual “Deep River” in his heartfelt baritone—painful yet comforting at the same time.

“Mark Twain’s River of Song” offers a delightful evening of early American songs and dances. It is well worth the drive down the Bay to Mountain View to partake of this joy. 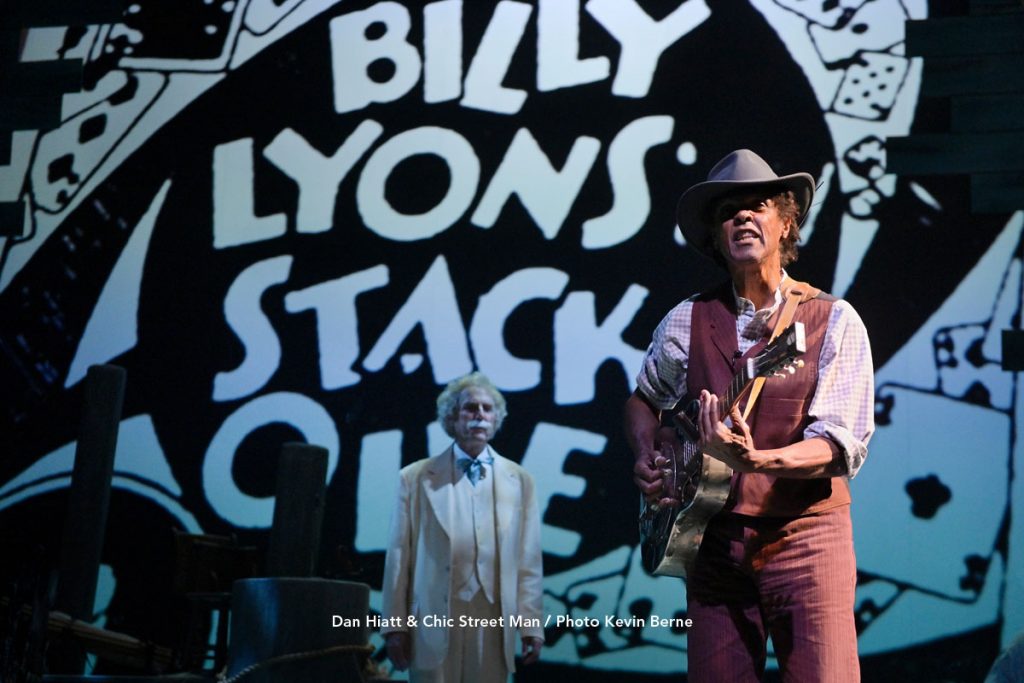