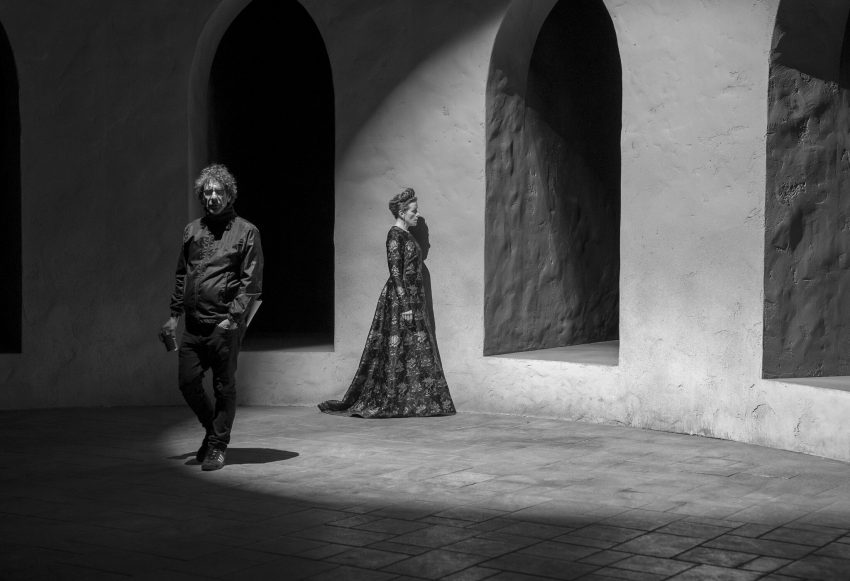 Director Joel Coen’s new movie The Tragedy of Macbeth takes a fresh yet often lackluster look at Shakespeare’s renowned classic. His cinematography and sound design are imaginative and emotive, creating a world of magic and horror that keeps us glued to the screen. The scenery is the star.

The acting that goes with this surreal atmosphere, however, is lacking, too formal for its dynamic setting.

Filmed in black and white, Coen fills Macbeth’s world with fog and shadows to evoke mystery and suspense. Striking film noir lighting and fresh transitions give Scotland an unpredictable and dangerous feel, like Alice in Wonderland. A sky full of crows turns into a gray landscape with a solitary messenger. Macbeth’s castle presents endless steps and porticoes in Von Escher-like patterns.

Blood and water drip down in repeated beats throughout the film, until the soundscape discomforts us. Coen’s subtle world-building lays out a feast for the eyes and ears, promising revelations. But they never come.

When Macbeth (Denzel Washington) and Lady Macbeth (Frances McDormand) first appear on screen, we wait, excitedly, for their calm façades to fall into madness. Yet Washington’s and McDormand’s stiff acting never gives way.

Washington cries out to the ghost of Banquo: “Thou canst not say I did it. Never shake thy gory locks at me!” in a fit of hysteria. But he merely shouts and walks off— nothing clicks. The dread stoked in previous scenes just evaporates.

What is the point? Where’s the gut-punch of fear and exhilaration? Partly, the problem stems from Coen’s directing: the acting looks robotic and unclear.

Washington is neither speaking conversationally nor dramatically. When he’s supposed to be angry or hysterical, he shouts emptily, and we feel nothing. All his great strengths as an actor are ignored and sidelined—only his voice remains.

McDormand’s great talent also struggles to emerge. Lady Macbeth’s most famous moment— her “unsex me here” speech— is whispered and artificial, leaving us puzzled. Lady Macbeth’s presence, so heavy and malicious in the play, feels withdrawn and unassuming.

The three witches, all played by Kathryn Hunter, show the potential of Coen’s film. Every time she’s on screen, we shiver and shake. Hunter speaks in a rugged, menacing voice, moving in startling contortions. Her magic, especially— flooding a room to create a cauldron, or appearing out of a lake—fits the promise of the film’s setting and sounds.

The Tragedy of Macbeth rises to thrilling visual heights, drawing us in with its magnificent cinematography and optical tricks. But it fails to follow through on the promised journey of horror and lunacy. We leave the theater neither scared, nor saddened by Macbeth’s gory demise.

Coen’s film tries to add a new dimension to the beloved play. Yet if we truly wish to visit a world of magic and terror, maybe we need to return to an emphasis on Shakespeare’s language and emotions. 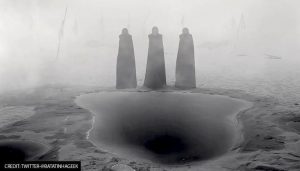 “The Tragedy of Macbeth” by William Shakespeare, directed by Joel Coen, at Movie Theaters and Streaming at Apple-TV+