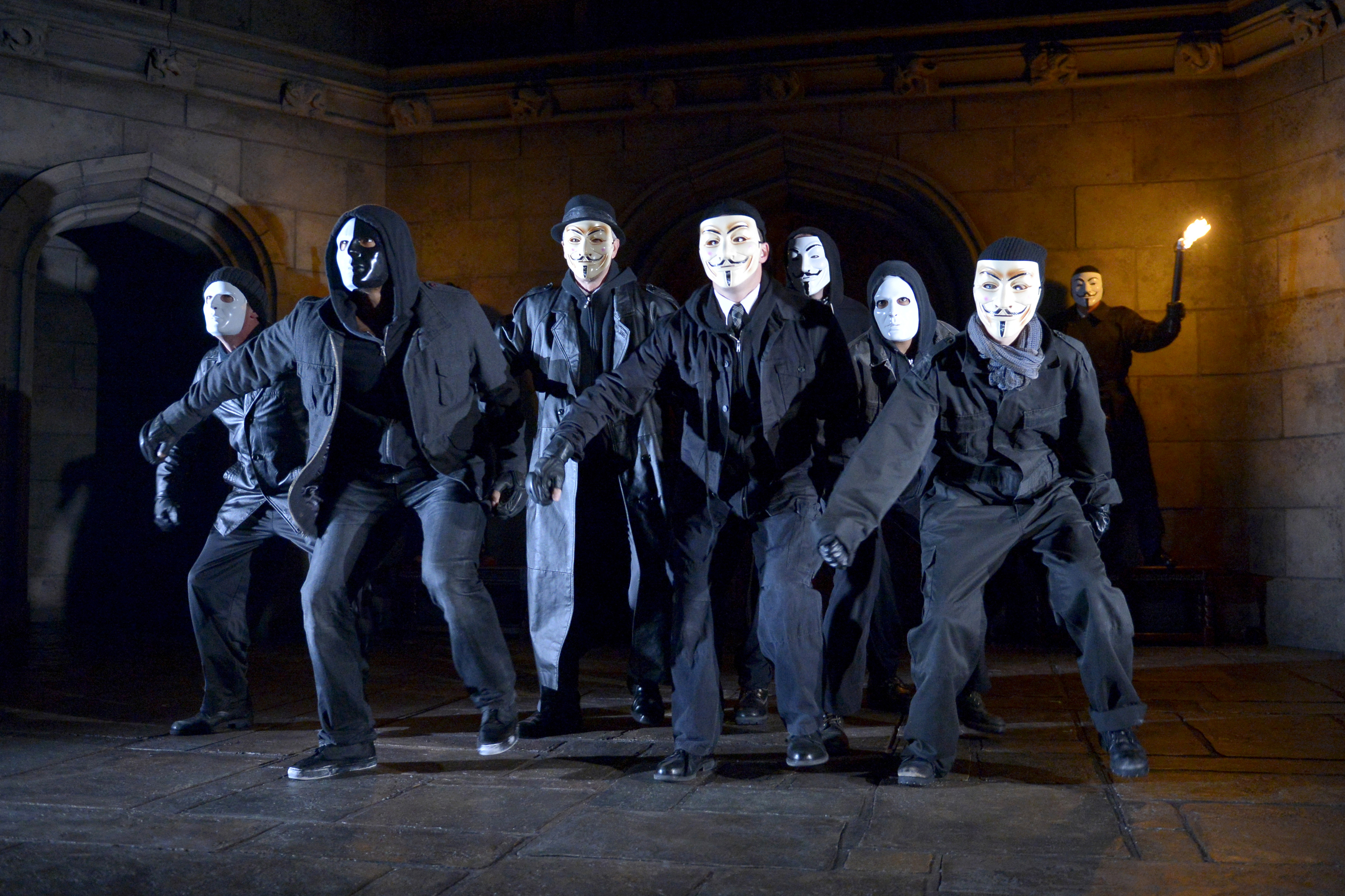 ACT’s stage set for “King Charles III” sets a high bar for the show—it’s a stunning, spectacular castle, many stories high. As you look upwards, the vaulted gothic arches and windows soar to the sky, as though we were in Buckingham Palace or Westminster Abbey—and we will be in both those places in this play. Great stone statues of kings from Britain’s medieval past stand solidly in those windows, and even the soft light seems resolutely English.

It’s an elegant castle with stone ramparts and great wooden doors—fit for the royalty that inhabit Mike Bartlett’s 2015 Olivier-Award winning play. And the language of the play is also soaring—rising to fever pitches of comedy and drama in a modernized iambic pentameter, Shakespeare’s verse form. Bartlett is a daring writer, and now he has dared to imitate The Bard—in a modern vein. And it works—the language is beautiful and perfectly understandable. There’s nothing archaic and lots to enjoy in the poetic lingo of Mike Bartlett—as he weaves a melodramatic tale of family quarrels, royal jealousies, and government censorship.

Right there, in the rocky and intimidating Buckingham Palace, we are flies on the wall, watching the Brits do their royal thing. It’s a step into the future—when Elizabeth II has died, and her eccentric older son becomes King Charles III.  There’s only one hitch—this Charles of the Future does not like a certain parliamentary bill about censoring the Press. The new, quirky, funny King stands up against censorship. What could be a more current issue?

Robert Joy as King Charles III stands up for freedom of the press, and breaks all the royal rules.  Joy charmingly and wittily inhabits the comic parts of Charles’ role. We love his internal struggles and his comic dithering. But when it comes to serious decision-making and giving credence to Charles’ serious misgivings about freedom versus censorship, he’s a bit shakey. I would like to be able to take him more seriously. I would like him to engage more deeply with his scandalous family. Or, maybe that’s the point—is it already too late for serious debate on these issues?

Filled with echoes from Shakespeare’s great tragedies, the play deserves to be taken seriously. The issues are more than mere family soap opera; they represent our debate over privacy versus the press. Maybe Charles is a future Edward Snowden?  In Bartlett’s play, the Prime Minister and opposing Party Leaders are suitably sleazy: Prime Minister Evans (the subtle Ian Merrill Peakes) and Party Leader Mr. Stevens (a snarky Bradford Farwell) represent the House of Cards version of politics, vigorously.

And then there’s that family that can not stay out of the news. Charles’ wife, Camilla (the forceful Jeanne Paulsen) tries to defend him from Parliament, the press, and his past. But his son William (a forthright, imposing Christopher McLinden) has to please his clever wife Kate (a striking, smart Allison Jean White). They make a powerful set of influences on our struggling Charles—and you will be surprised by the alliances that form and then fall apart. The Windsors may remind you of the Sopranos, another family with problems.

They make a fascinating lot—with the Ghost of Diana (an eerie Chiara Motley), Prince Harry (a bouncy Harry Smith) and his artist girlfriend Jessica (a lively, engaging Michelle Beck). And there are plenty of Palace comrades and conspirators, too: James Reiss (the articulate, elegant Dan Hiatt) and the Speaker of the House (a solid, commanding Warren David Keith).

Prince Harry has the common touch, and his scenes with the intelligent and insightful Jessica make him almost human in this family of royal roles. His comic scene with the Kebab Seller (a witty Rafael Jordan) brings out his humanity. We wish he could hold onto the humanity—but there’s more trouble coming.

The ending is a surprise, played with the full glory of resounding organ chords in the Abbey—a triumph of contemporary values vanquishing ancient ones. The set provides a grand contrast for petty squabbles, saving the foolish family from their own honest emotions. Once more, they bathe in their assigned roles, and relish them.  The ending will blow you away.

Maybe Bartlett’s play is modeled more on a Shaw comedy than on Shakespeare—are we to ask with Shaw’s Saint Joan: “O God that madest this beautiful earth, when will it be ready to receive thy saints?” Is Charles III a Saint or a Fool? Bartlett gives us plenty of triumphant language and music, resplendent castles and rich costumes to help us decide. It’s well worth a visit to Buckingham Palace to have good laughs at the Royals’ expense. Then, you can be the judge.