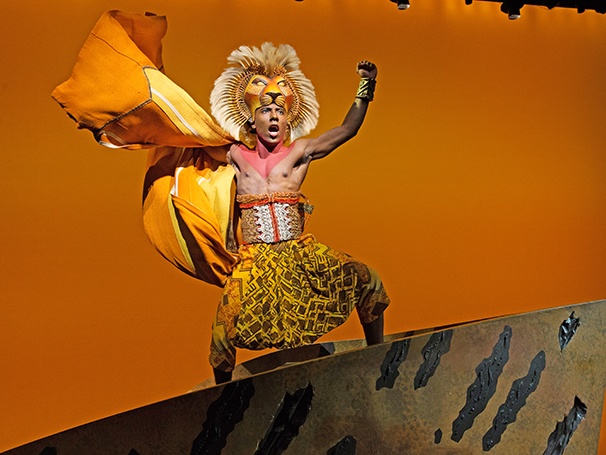 Last weekend I went to a live theatrical musical for the first time. I attended “The Lion King” on Sunday evening with my two children. My son, Ari, age eight, had quite a bit to say about the display on stage. In particular I found one comment interesting:

“I liked it because it had a lot of African Americans performing in it.”

I should share that he’s a bit of a thought leader even at his age. The prejudice against talented people of color in the film industry is not new news. We’ve all seen movies in which the lead character wouldbe  better as a person of color, but instead was played by a Caucasian actor in heavy makeup. Hollywood “whitewashing,” as they call it, has showcased itself in movies like the classic “Jade Tan in Dragon Seed” (1944).  In that movie, the lead character, a Japanese woman, was played by Katherine Hepburn, a Caucasian actress. More recently, Hollywood whitewashing can be seen in movies like “A Mighty Heart,” where Angelina Jolie takes the role of a person of color. There is no hiding the fact that the film industry has a racial presentation problem.

We often see moviemakers trying to create an illusion about a character’s race. My eight year old understands the prejudices against people of color and recognizes it daily. There’s no shortage of places for him to learn about prejudice, since both his parents are involved in solving and dealing with social injustices, daily.   Astounded at the amazing voices, hypnotizing costumes, colors, and brilliantly colored set displays, he mainly put his two little thumbs up for the inclusion of people of color in “The Lion King.”

Opening the show, we are welcomed by the crazy and energetic baboon, named Rafiki, played by the extraordinarily talented singer and actress, Buyi Zama. Zama’s voice hits you right in the center of your chest. Her striking, unforgettable, powerhouse voice keeps all eyes focused on her. Even her male counterparts, singing from the corner of the balconies, from a sea of people, cannot compete with her spine tingling tones. Buyi Zama’s thrilling vocals set an unforgettable note for the rest of the “The Lion King” show.

We could feel the roots of Africa vibrating through every inch of the elaborate stage sets on the Orpheum stage. The musical showcases African cultures with choreography, costumes, set design, and, of course, the music. Vibrant African inspired, richly colored textiles, and detailed weavings in each costume captivate both adults and children.

The imposing headdress-masks, anchored above Mufasa’s and Scar’s heads, maneuver smoothly up and down. Every time they transition their bodies into a fighting pose, the beautiful animal masks slide down to cover their faces. Then, their gentle body movements magically move the masks back into place above their heads. The dance of the floating masks creates a dynamic show all on its own!

During less dramatic scenes, African dance movements add power to their lines, making us feel in sync with every emotion and each word.   The dramatic, spirited dancing and singing of the ensemble during the livelier scenes, moves me so much that I want to move in my seat! The magnificent red, gold, green, blue set designs, the sensual dances, and the unique animal characters brought to life by giant puppets of lions, giraffes, and elephants will stick in our minds, forever.

We love the hilarious comedic performances by the dynamic duo: Timon (Meerkat played by Nick Cordileone) and Pumba (Warthog played by Ben Lipitz). Their scenes, especially the one presenting their signature ‘feel good’ song “Hakuna Matata” brings happiness and life to our oldest landscapes and culture—our African origins.

The original Disney animated version of The Lion King movie (1994) of the landscape of Africa was designed with inspiration. But the musical magnifies the landscape, making it move and breathe and sing in our ears. Julie Taymor has created a true masterpiece of Eastern and African puppetry!

You must see this musical at least once in your lifetime. Mere description can not do justice to the genius of  “The Lion King.” Although many writers over the years have tried to capture the amazing details of the “Lion King” musical,  I highly recommend seeing it in person. The amazing power of the human in music and motion will touch your body, soul, and spirit. You, too, will soar when you see the “The Lion King” in person.