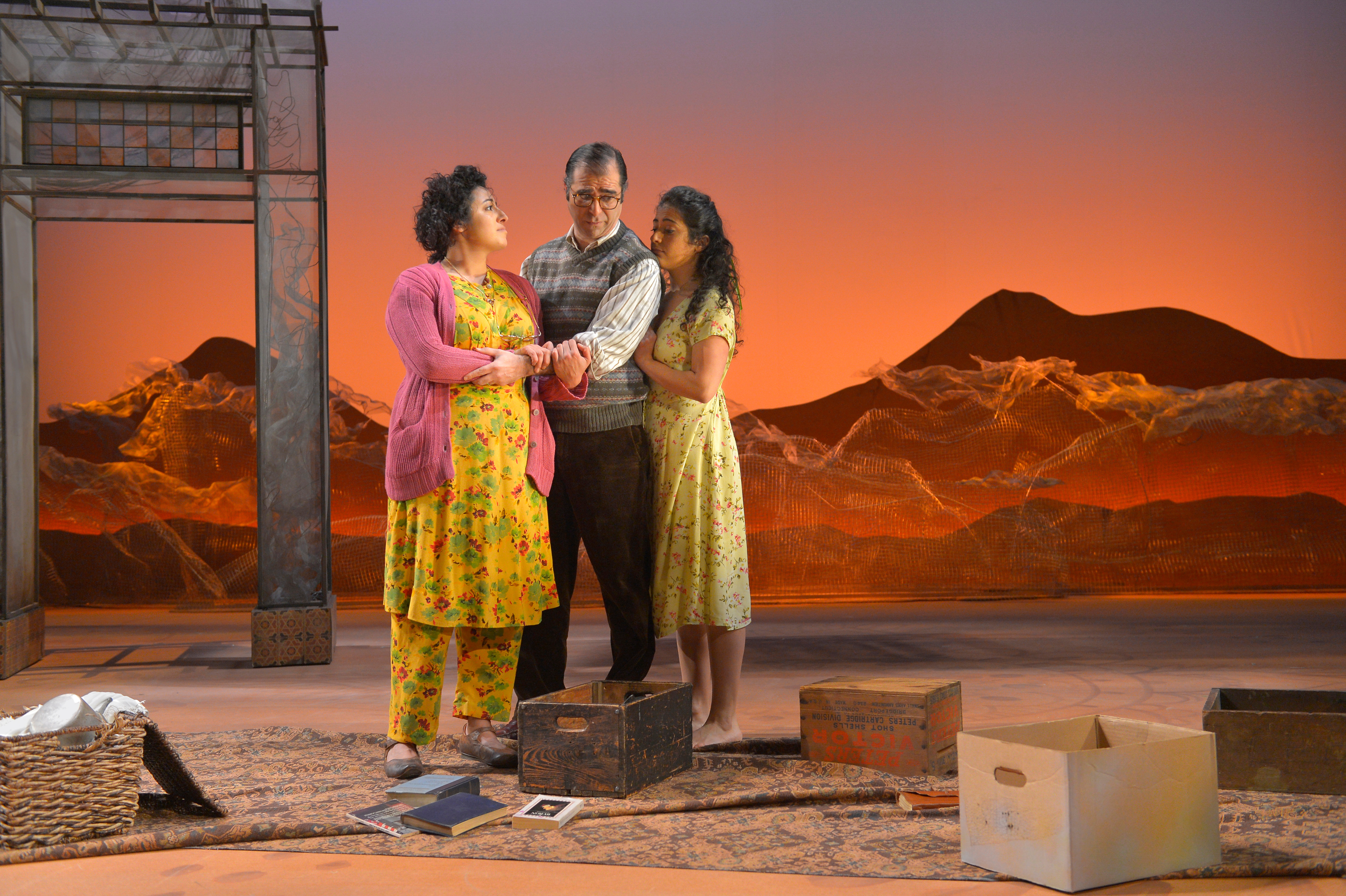 American Conservatory Theater has succeeded in putting Khaled Hosseini’s best selling novel on the stage in grand fashion in a world premiere adaptation by Ursula Rani Sarma. Directed by Artistic Director Carey Perloff with epic splendor, the show recreates the story of “A Thousand Splendid Suns” with the allure of an actual voyage to the East.  The on stage story dazzles with its opulence and humanity, taking arms against a surge of Islamophobia in the U.S. Sarma brings Hosseini’s words to life, by appealing to the universal “Herstory” of women–from Kabul to California.

In contrast to the many male-centered war stories, “A Thousand Splendid Suns” brings us the female battlefront—more perilous, complex, and subtle than the male story. Hosseini has shown how women around the world encounter this battlefield every day, despite all religious or ethnic backgrounds.

On the heels of the Women’s March, “A Thousand Splendid Suns” brings us a story of abuse, subordination, and sacrifice. In Sarma and Peroloff’s vast, technical spectacle, women recognize their lives, and men open their eyes to their male privileges.

When the curtain opens on the Geary Theater’s enormous stage, we see the design of vast and translucent mountains, with two massive omniscient eyes or suns looming overhead. The gripping scene, the lush colors and long tapestries grab our attention. The hanging sculptures rivet us for the rest of the show. Thanks to Scenic Designer Ken Macdonald, these eyes in the sky look down from brilliantly colored heavens. The set constantly transforms, from mood changing blues to a massive blood spattered red, thanks to Lighting Designer Robert Wierzel. The designs cast shadows and rays of light in dramatic harmony with the action on stage.

The larger than life set is complimented by an original score, written and played live by the composer, David Coulter. Coulter stands stage right in a mini-orchestra booth, hardly separated from the audience. He makes us feel a part of more than a theatrical experience. Playing the musical saw and other unique instruments, Coulter completes the emotional immersion.

The play chronicles the life of the young and beautiful Laila (the mesmerizing Nadine Malouf) who lives in war stricken Afghanistan. Hosseini’s novel tells the story of Afghanistan, ravaged by internal strife and religious debate. In that tragic history, we experience the girl’s life in political wars with the Soviet Union and the fundamentalist Islamic regime of the Taliban.

When both of her caring, warm-hearted parents are killed by shrapnel, Laila is taken in by her neighbor Rasheed, (the skilled Haysam Kadri) who acts as surrogate father. With her own wounds tended by Rasheed’s wife, Mariam (the sensitive Hayam Kadri), she begins to recover. But she longs for her childhood friend, her first love Tariq (the bold Pomme Koch).

But Rasheed lusts after the 15 year old Laila, and clumsily starts to woo her. He decides, brutally, to cash in on the chance to betroth the wounded girl. Rasheed sees Laila as both sexually enticing, and capable of bearing him a male heir. So, he puts the long-suffering Mariam in second place. He forces Mariam to take care of “his” new young “queen,” in a painful depiction of male dominance.

When Laila bears a daughter, actually the fruit of her childhood romance, Rasheed decides to make her his victim, again. Trapped in Rasheed’s violent and angry clutches, Laila and Mariam finally become allies. Together, they try to escape the ongoing war and suppression.

Laila surpasses the typical male martyr-hero. Her journey with the inspiring Mariam is dynamic, taking us through their battles with misogyny and the continuing wartime terror, through a brutal and beautiful Afghanistan. Director Perloff examines the complexities that a mother faces after surviving an abusive marriage, boxed in from every angle. She creates an oppressive and magical Afghanistan that changes with every scene and emotion.

Told in a succession of simple, changing scenes, using moveable gates and embroidered screens, Laila lives like a prisoner. She is trapped under the close watch of the warden, Rasheed. When she tries to escape, she enters into another threatening world, run by the dangerous Taliban. She has to decide, whether to try and outlast Rasheed’s violent outbursts, or make a run for ‘freedom,’ where she will most likely be taken the Taliban—or killed, along with her child.
“A Thousand Splendid Suns” closes the gap for males who might not understand the brutish journey that these women have to face. Laila and Mariam’s paths, along with every other Woman’s story, sets many traps, full of double standards and sexual guilt. We experience her story through her verve and hope and the magnificent imagery, the hallmark of A.C.T.’s multi-layered, emotional premiere.