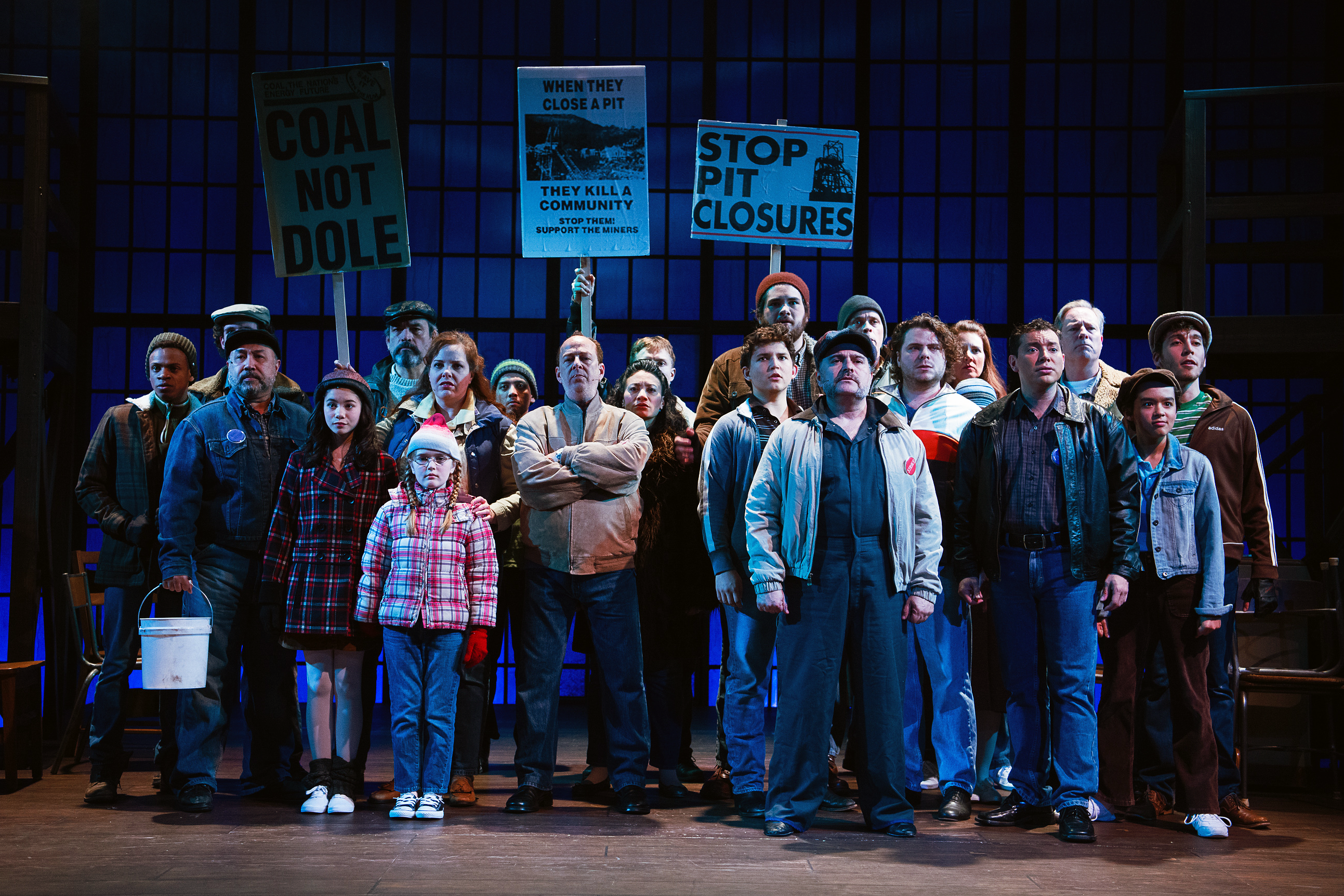 A Boy Learns to Dance, Coal Miners Learn to Strike!

In 1981, Margaret Thatcher’s Conservative British government announced a plan to close 23 coal-mines in Northern England, putting 41,000 miners out of work. The miners rose up, organized their unions and went on strike for a year. Strikes are more common in England than in the U.S. “Billy Elliot,” the musical, captures the essential grassroots battle that went on for all those families, spotlighting the story of one family, and one boy who is slowly drawn to express himself like the miners do—but in dance.

The Berkeley Playhouse is full, as the audience packs into the wonderful old Julia Morgan redwood church, with its high soaring beams and wide stage, for a family outing. The music swells up and fills the church as it should do—for theater IS a church, too, in this dance spectacle. The dancing is heart-warming and fulfilling, and the young dancers look quite perfect to me. It’s a professional-touch production with imaginative and colorful costumes, pitch-perfect singers, and spot-on dancers.

The musical is full of the interior and the exterior life of Billy (Matthew Dean) who represents both himself and the mining world. Like his dad and other miners, but against their wishes, he steps into a world of imagination and expression. By a funny accident, he stumbles into the dance class of Mrs. Wilkinson (the exuberant Taylor Bartolucci), feeling way out of place among 15 young girl dancers in pink tutus. Under the witty direction of Kimberly Dooley, the the miners and their families come to life. The brilliance of this show lies in its use of dance and costume to keep their lives sympathetic, graceful, and fun.

Young Billy Elliot, the lyrical and talented Matthew Dean, is full of humility, charm, and innocence, as he slowly learns from Mrs. W. how to move, how to express himself—even though his Dad (a powerful Ken Sonkin) won’t hear about dancing, of all things!

The girls, the dance teacher, the Elliot family, Billy and his buddy Michael (the expressive David Rukin) pool their lavish talents in songs that tell the story of the boy and his family. They are also brilliantly telling the story of the miners and their strike. Family and country reflect each other in striking stage pictures and lyrical delivery of Elton John’s songs:

And more songs, that tell the touching story that mingles Billy’s struggle for creativity with his whole town’s struggle for their rights. You wouldn’t think the two stories fit together so well; but they do, as many productions of this famous show have demonstrated for ten years—all over the world. The key is the dancing–learning to dance, getting rid of his self-consciousness, and throwing himself into the exuberance and grace displayed by the Ballet Girls and Mrs. W.

With its large cast, endearing music, and emotionally satisfying story, based on real-life events, “Billy Elliot is a sure crowd pleaser. And well, the dance is thrilling. So take your kids, and take yourself to see this Berkeley Playhouse delight, “Billy Elliot: the Musical.” It’s for everyone who thinks and feels and wants to “Express Yourself.”

The Ensemble as miners, police, many small and tall boys, and the Ballet Girls.