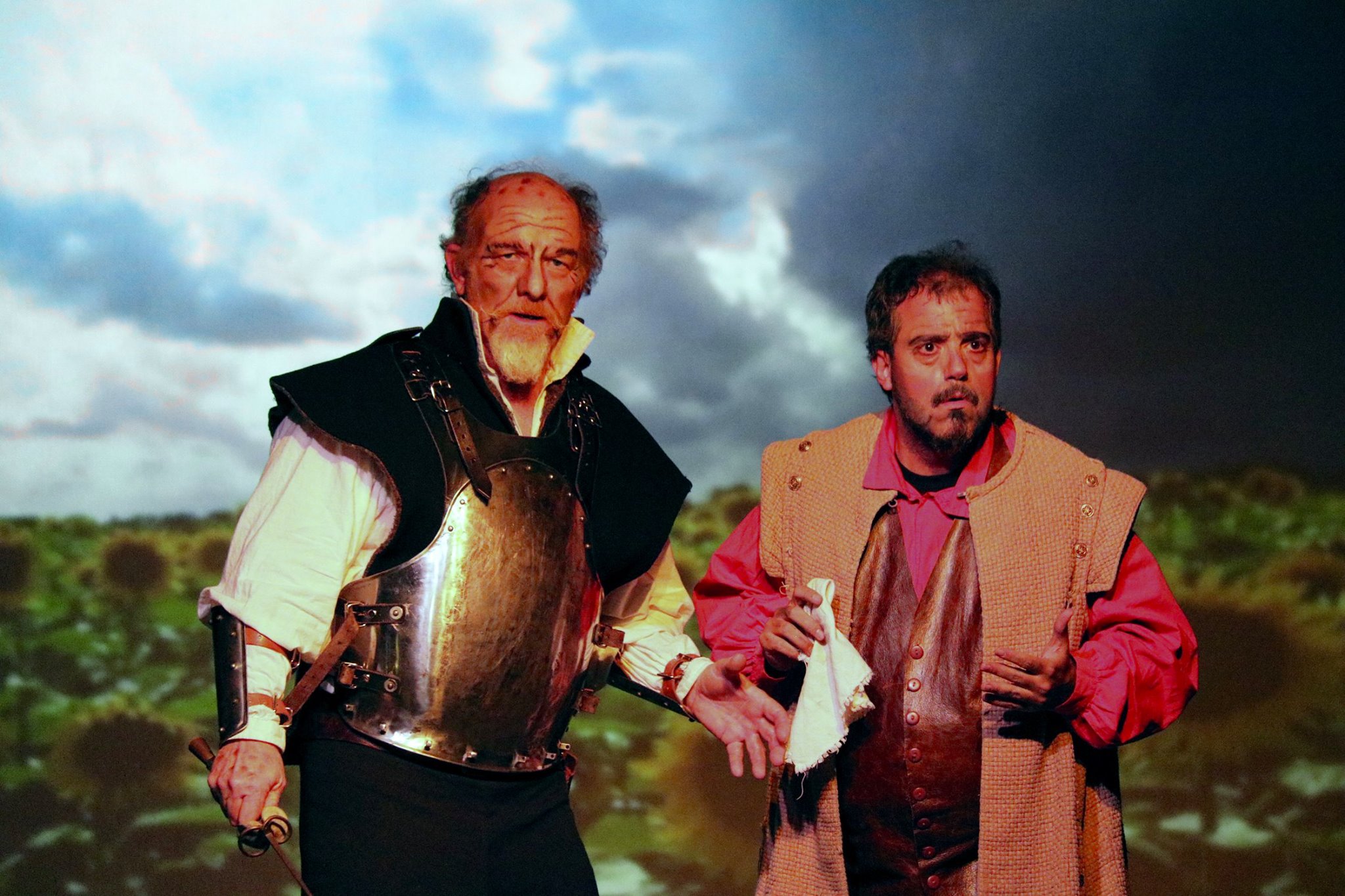 Massenet Twists the Tale of our Favorite Knight

“Don Quichotte,” the second show of Island Opera’s 2017 season, capitvates us with its comedy and romance. The intimate venue folds the audience into the stage action. The lyrical qualities of the voices of Dulcinee (Buffy Baggott) and Sancho Panza (Igor Viera) complement the stoic nobility of Don Quichotte (William Pickersgill).

“Don Quichotte,” penned by Massenet in 1910, is not the same story as Cervantes’ 1605 novel. Massenet changes Cervantes’ Dulcinea from a coarse country woman to a beautiful, aristocratic lady called Dulcinee. The key to the twist in the storyline was revealed to those who attended Jeff Dunn’s fine pre-concert talk “From Beads to Pearls.”

As Massenet was writing the opera, he was dying of colon cancer. Dunn theorizes that Massenet’s arias are designed to showcase his star Lucy Arbell’s talent. Although he was married, Massenet was captive to her beauty. Despite his wife and public ridicule, he was devoted to her. Her arias are like pearls that soar above the beads of the rest of the score.

The show opens with the company dancing and singing onstage about Dulcinee’s beauty and charms. Two Flamenco dancers (choreographer Lisa Bush Finn and Brian Patterson) in modern Flamenco costume, an anachronistic yet pleasing element, as they perform center stage. The other actors’ costumes are a mix of Cervantes’ era with that of the Belle Epoque, the 1900s Paris of Massenet. When Don Quichotte (the seasoned William Pickersgill) appears, he expresses his devotion to Dulcinee, In another twist to the original story, Dulcinee challenges him to find the bandit (the bass-baritone Don Hoffman) who stole her pearl necklace.

Performed in five acts with two intermissions, the set design displays an innovative use of visual media on a large screen, when sunflowers onstage are augmented with a looped video of a field of sunflowers blowing in the wind. A classic 1987 movie cartoon clip of Don Quixote charging windmills recreates the famous scene.

The multi-talented Igor Vieira, not only sings Sancho Panza, but also serves as the Director and Set Designer. Sancho Panza surpasses the bumbling character of Cervantes’ famous novel with his compassion for the noble knight errant.  Vieira received a standing ovation for his beautiful singing and strong acting. Buffy Baggott sparkles as the beautiful young lady who is adored by her many admirers.

Under the direction of Phillip Kuttner, the orchestra delivers a stellar performance, a perfect match to the singers. The stage hands, the stage manager and the set designers deserve special recognition and they are the hidden talent behind the success of this production.

“Don Quichotte,” performed by a highly talented cast, must be seen to be appreciated. There are only two more performances of this delightful opera.