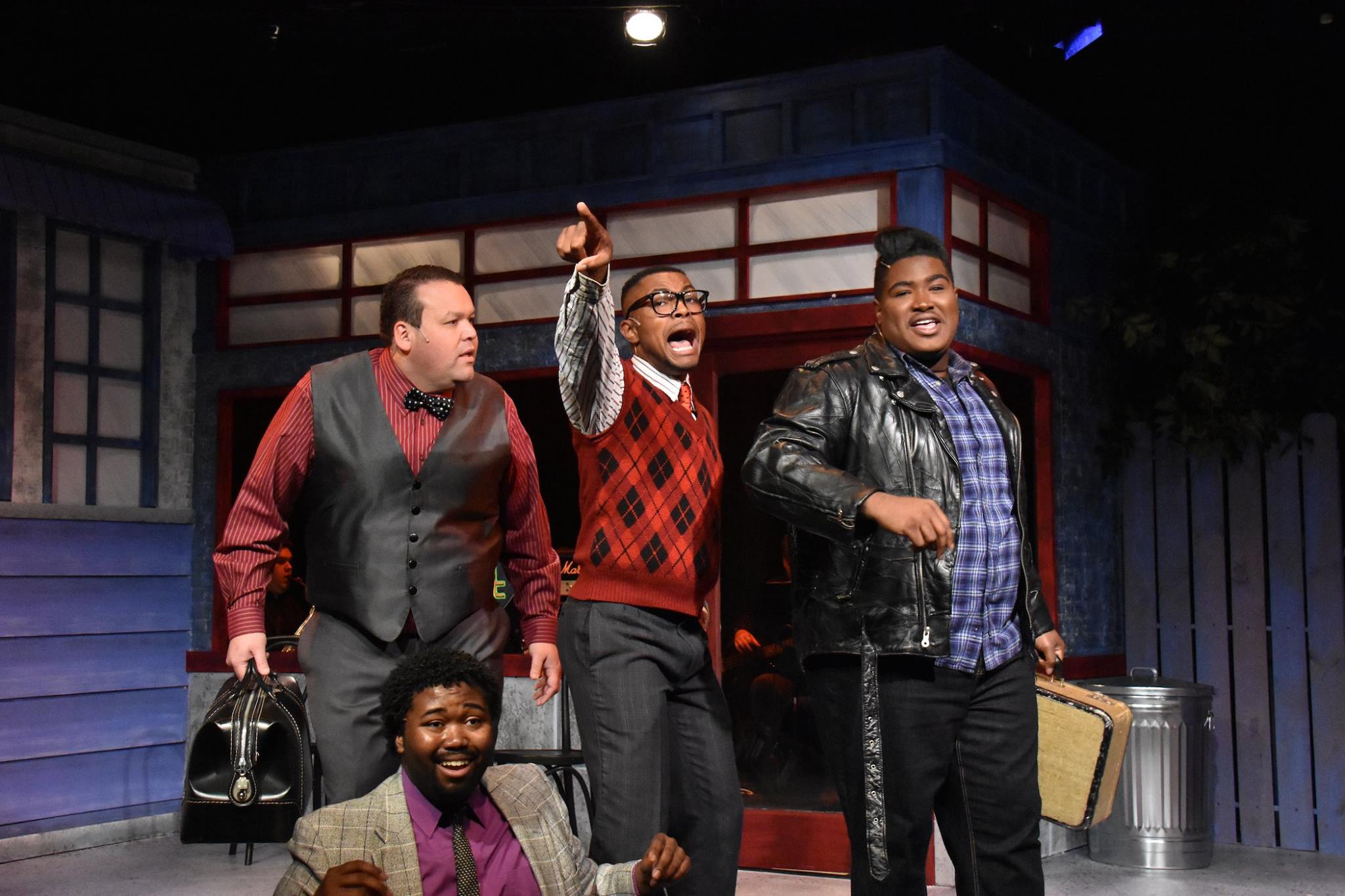 Imagine my surprise and delight when I discovered that two Jewish boys from New York wrote the musical timeline of my youth. Jerry Lieber and Mike Stoller are responsible for writing more than 70 songs that made the music charts and defined the music of a generation.  When they were 19 years old, they penned “Hound Dog” for Big Mama Thornton.  Then, Elvis Presley made it into the 1958 blockbuster hit. Lieber and Stoller composed some of the most memorable pop hits from the 60s to the 90s, forging the soul of the Rock and Roll generation.

Under the brilliant direction of Lauren Rosi, we enjoy a parade of 39 of Lieber and Stoller’s greatest hits. Their songs provide all the message we need, so there’s no need for dialogue in “Smokey Joe’s Café” at Town Hall Theatre. The lyrics tell all the stories, as they have from the start.

They play behind the 50s style façade of Smokey Joe’s Café, emblazoned with a neon sign. The exuberant cast dances and sings their way through a dizzying number of songs with constant costume changes and re-combinations of singers. They are supported by an enthusiastic audience, some wearing argyle sweaters and Bobby Sox.

The “feel good” show testifies to Lieber and Stoller’s broad range— from the romantic “Down on the Boardwalk” and “Spanish Harlem” to novelty songs “Yakkety Yak” and “Poison Ivy.” Their songbook runs from rhythm and blues groups like The Coasters to the rock and roll hits of Elvis Presley.

I was carried back to sock hops in high school, dancing cheek to cheek with my favorite girl. The cast delights us with their fine singing and dancing, coupled with their hilarious comedic talents. The room is hopping. If you want a great time and a trip down Memory Lane, head over to Town Hall Theatre for some fun.