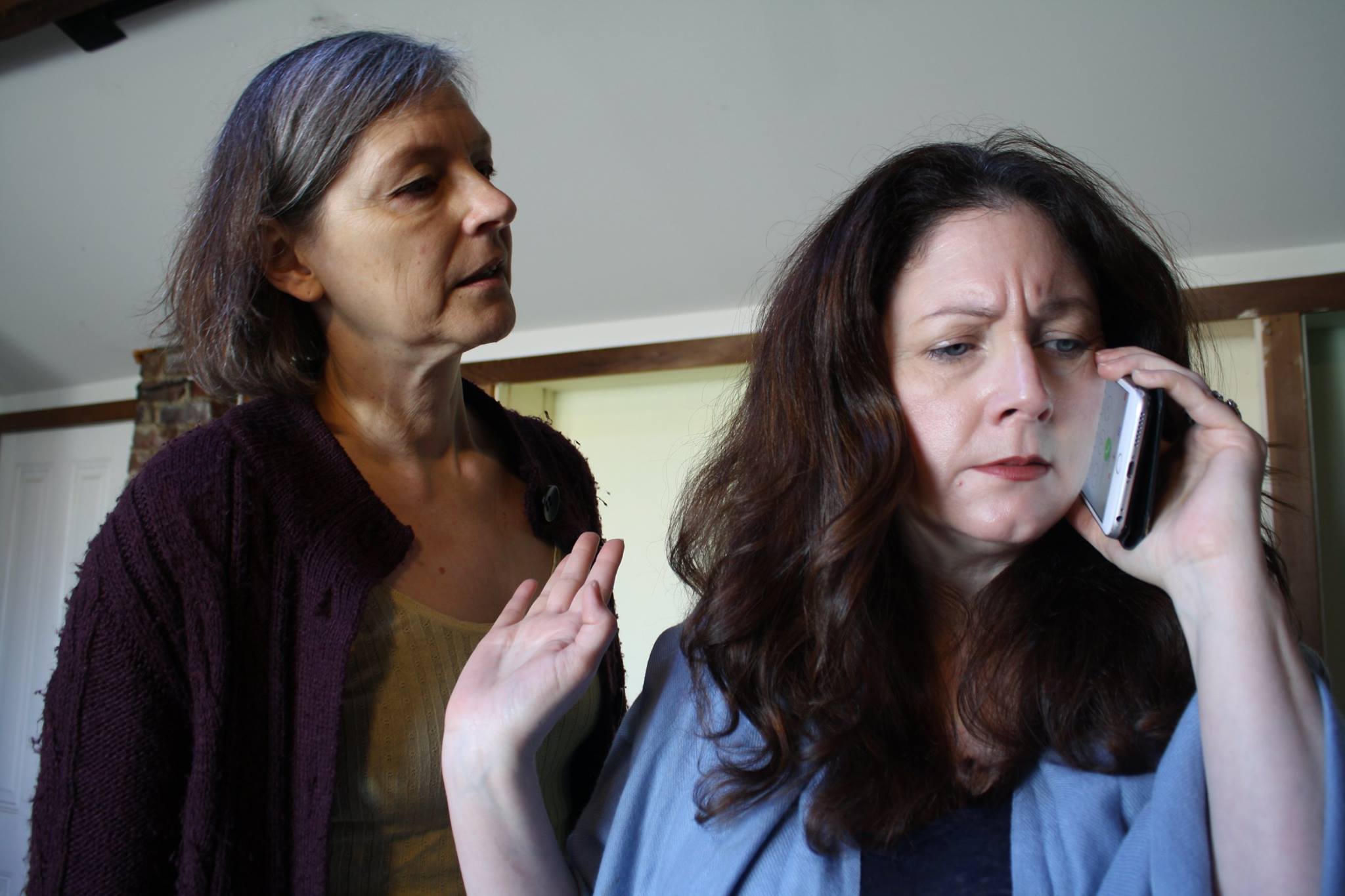 The great paradox of the last year’s election in California was the defeat of Proposition 62, which would have repealed the death penalty, despite the overwhelmingly progressive vote that saw Hillary Clinton defeat Donald Trump by a nearly two to one ratio. Virtually no news outlets have devoted any focus to this curious anomaly, which virtually assures that debate over this controversial issue will perpetuate for years. Stepping into this void, however, is Patricia Milton’s new one-act play, “Without Mercy,” now headlining at San Francisco’s intimate Off Broadway West.

As befits such a heated topic, the play starts off confrontationally, with stern therapist Bethany Matthews (Niki Yapo-Held) unhappily discovering her off-kilter mother, loitering in her living room, uninvited. Despite her professional training, Bethany seems disconcertingly dispassionate towards Joanna (Sylvia Kratins), whose anxiety is clearly palpable. Indeed, Joanna has flown the coop from the rehab facility where her brother and Bethany have recently placed her; her daughter, in turn, is all-too-eager to drive her back that very night.

As the story continues, Milton’s deft script gradually unveils the source of this considerable tension. Younger daughter Mercy, who abruptly disappeared six years before, has been confirmed to have been kidnapped and murdered. Her murderer, already serving time in Arizona, has confessed and is being extradited to California for trial. This news has driven Joanna to the brink of despair. She has taken to drink while neglecting cleanliness or food, to the obvious chagrin of her surviving daughter.

You might expect a psychologist to empathize with her mother’s distress, but Bethany remains unmoved. Committing her mother to a therapeutic institution at this time has little to do with concern for Joanna’s welfare; rather, it is a thinly-veiled attempt to isolate her mother from the legal proceedings. Much to Yapo-Held’s credit, her iciness renders Bethany wholly unsympathetic, while generating our compassion for Joanna, which she failed to receive from her family.

The core debate in “Without Mercy” hinges on how justice should be meted out, with mother and daughter diametrically opposed on the need for capital punishment. In an effort to reconcile their differences, Bethany has retained, a family advocate, Sam Sibley (Ian Walker), who brings to light the District Attorney’s plea bargain. The D.A.’s bargain offers the murderer “life without the possibility of parole,” in exchange for the killer’s revealing where he buried Mercy’s body six years ago.

Here the play takes its unexpected twist. Stone-hearted Bethany readily accepts this deal, citing her belief in the sanctity of human life, no matter how heinous the crime. Joanna, in turn, remains implacable in her desire to see the killer executed. Though ostensibly neutral, Sam pushes for a consensus in line with Bethany’s stance—a balance Walker remarkably keeps credible—until his hand is forced by Joanna’s assertion that a black killer would be hard-pressed find a jury in their community who might feel any sympathy for his plight.

When Joanna plays “the race card,” Sam reveals that the murder of his daughter, a black policewoman shot point-blank by white assailants, made him leave his law practice to become a family advocate. No matter where one stands on the issue, Joanna’s suffering, as movingly played by Sylvia Kratins, stirs us, deeply. But her reaction to Sam’s story, gives us another turn of the screw.

Joanna’s downfall extols Bethany, who now appears a more sympathetic figure in light of her mother’s prejudices. We, as audience, now begin to question Bethany’s contention that her mother willfully cast a blind eye on her late husband’s purported lechery toward his younger stepdaughter. Bethany’s true motivation comes to light. Her sister hadn’t simply run away the night she was murdered—there’s more to the story.

Sylvia Kratins and Niki Yapo-Held in “Without Mercy”This unexpected dénouement renders Bethany a more pitiable presence than her mother, and from her fragility,  a new resolution is born. A trial now would run the risk of doubt and of the killer’s confession being retracted. The plea bargain will be accepted, and in lieu of her court appearance, Joanna is granted her deep desire to recite her Victim’s Statement before Bethany and Sam and before us, the public. It is terse. It is moving. It is unequivocal. It is final.

Patricia Milton’s stand against the death penalty is unequivocal, as well, but to her credit, the play gives voice to the anguish and suffering of all who are affected by such terrible crimes, no matter their philosophical beliefs. There are minor flaws to her story line—allowing Joanna her voice seems a glaringly obvious solution to the impasse.