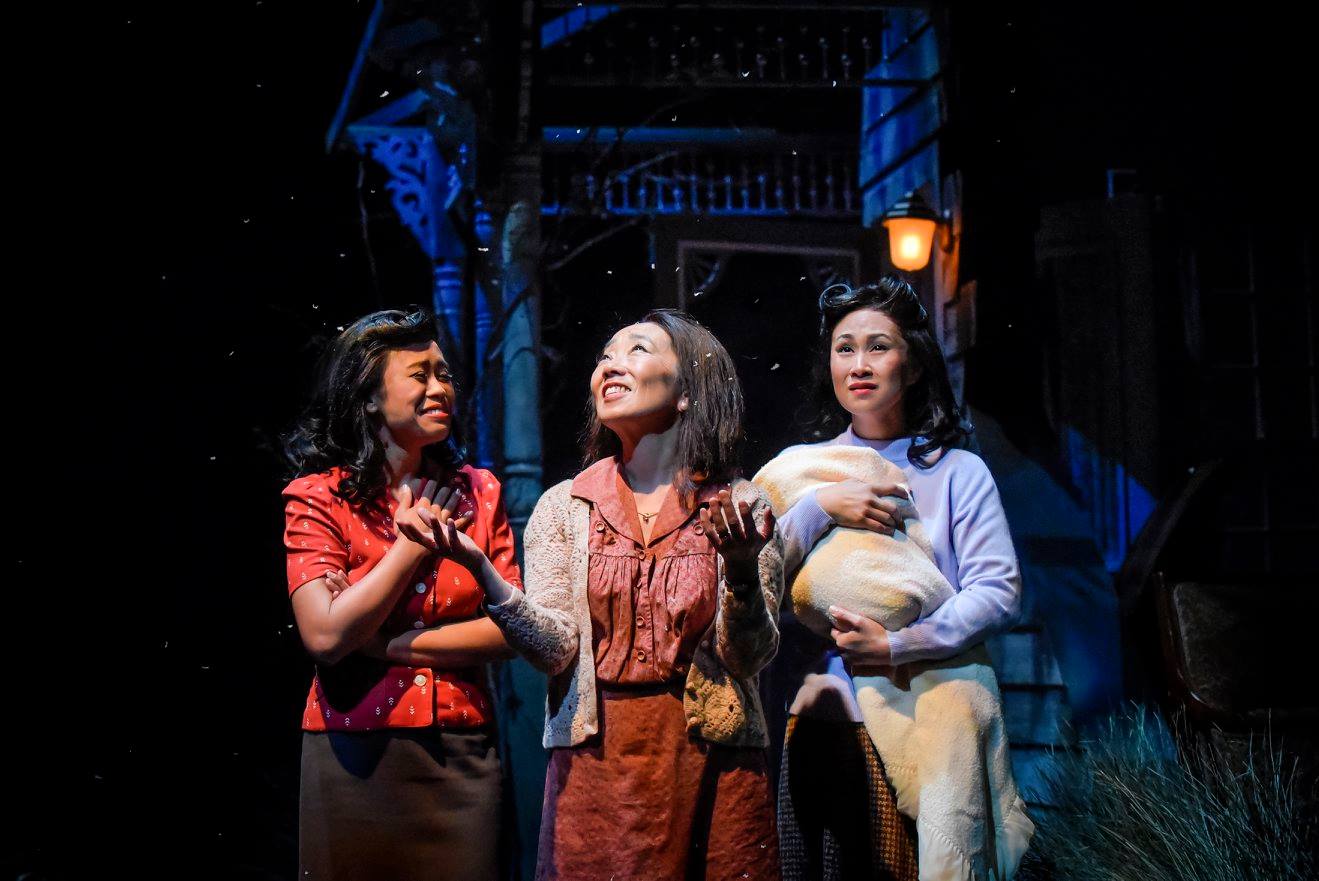 Philip Kan Gotanda Asks, “What Is an American?”

“Sisters Matsumoto” by Philip Kan Gotanda tells a moving and heartwarming story that sheds light on the after effects of Japanese internment camps during World War II. Directed by Mina Morita, the play is set in 1945, and tells the story of three sisters who return to Stockton, California after spending two  years in a U.S. concentration camp in Arkansas.

This year marks the 75th anniversary of FDR’s executive order to send 120,000 Japanese Americans into concentration camps across the country. Growing up in Hawaii, I found out about this forgotten and terrible time in our history. Japanese American friends told me about the thousands of families who were forced from their homes after the bombing of Pearl Harbor. However, for most Americans, the camps remain a secret.

“Sisters Matsumoto” shows us three sisters: Grace (Keiko Shimosatio Carrerio), Chiz (Melissa Locsin), and Rose (Carina Lastimosa)—as they return to their family farm, after years of exile in Arkansas. Although the family was once rich and well known in Stockton, now they must face racism in their home town.

Andrea Berchert’s scenery wonderfully captures the desert-like foliage around their quaint farm house. On the fence outside, racists have written: “Japs go home!”

Keiko Shimosatio Carrerio plays Grace, the eldest sister, with maturity and sincerity. Grace does her best to lead the family through the transition, while dealing with strain in her marriage with Hideo (a strong and moving Ogie Zulueta). Grace, the backbone of the family, deals with complex and disturbing challenges.

Carina Lastimosa struggles to find depth in her character, Rose, the youngest daughter, who is searching for love after losing her fiance during the war. However, when Rose rekindles a friendship with her old childhood friend Henry (the dreamy Alexander M. Lydon), Lastimosta’s performance takes off, with tenderness sure to touch your heart.

Director Mina Morita evokes a poignant story of sisterhood, optimism, and growth. Although “Sisters Matsumoto” reminds us of a great and illegal outrage in U.S. history, Gotanda shows us how brave people deal with cataclysmic events.

Many Americans are still unaware of the displacement of Japanese Americans during World War II.  Gotanda gives us context for exploring the immigration issue we are facing in the U.S., today. It is frightening to think that we live at a time when the U.S. is still displacing immigrants, deporting families, and building walls to prevent people from entering.

In a time when we must think about what it means to be an “American,” we must study Gotanda’s past in order to make a future.