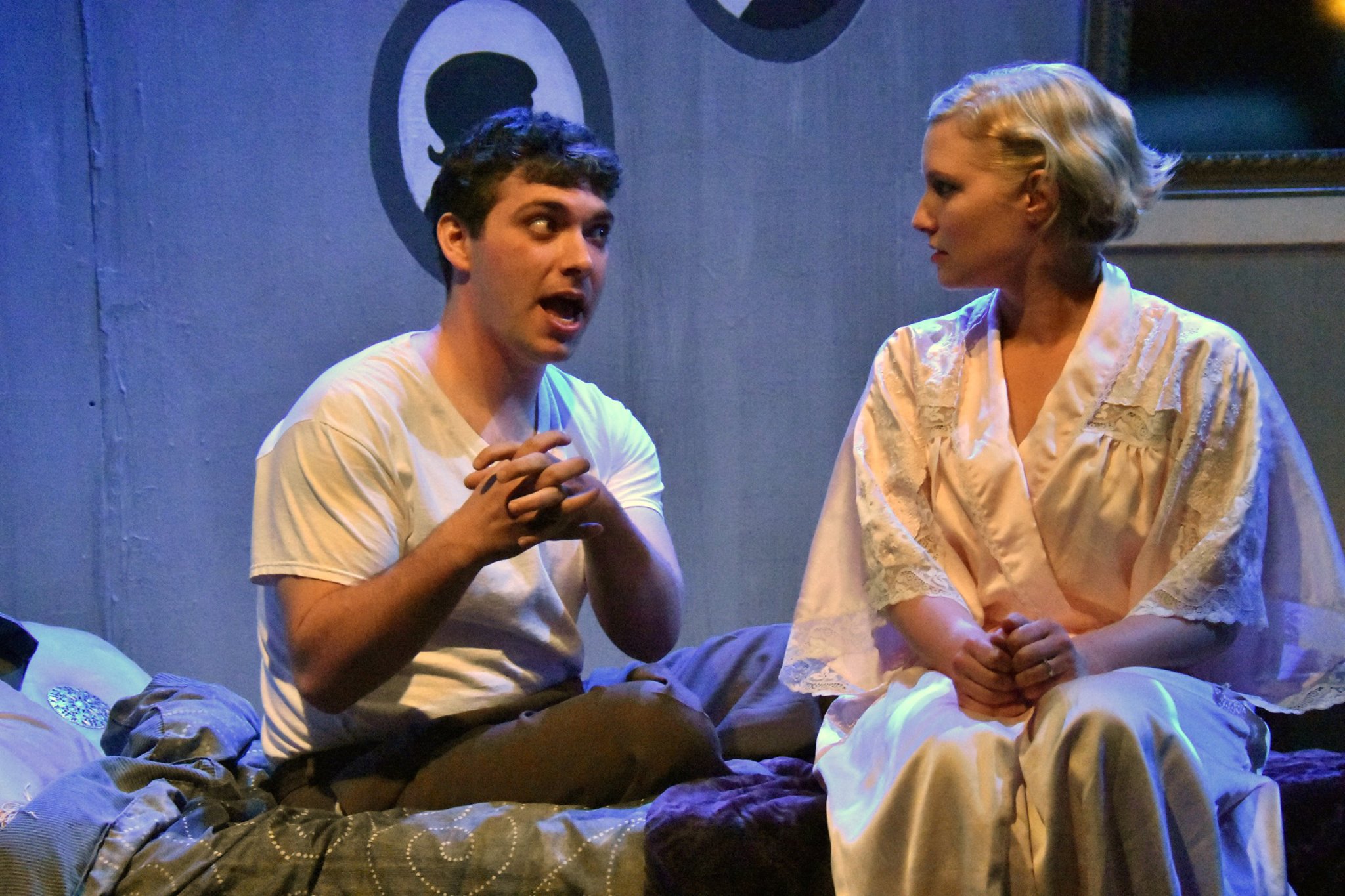 Have you ever felt a little tension around the holiday table? Imagine that tension on steroids. Add a dash of betrayal. Include a bit of incest and stir. Now you have a picture of the twisted dysfunction and discord that churns in this dark comedy about an insular upper-class family, one stormy night in Washington, D.C.

As the hurricane approaches, multiple twisted personalities swirl about “The House of Yes,” as chaotic as the outside storm.

As the older son, Marty Pascal (Casey Robbins) makes a pathetic grab for normalcy when he brings his fiancé home for a family Thanksgiving dinner. In a quick 75 minutes, Marty undergoes a transformation like a free-fall from a height—despite the fact that he starts low and ends lower. Is Marty a victim in all this depravity? We are left wondering. Although Marty’s little brother Anthony (Elliot Lieberman) bears guillotine marks from a childhood game, Anthony garners little sympathy with his gleeful depravity and macabre antics.

Mrs. Pascal (Shelley Lynn Johnson) on the other hand, charms us with her deadpan delivery of jewel-like witticisms that betray her parental incompetence. As the slovenly matriarch, Mrs. Pascal wanders upstairs and down, nonplussed by her brood’s depravity. Is she drunk or just deranged? Clearly, her nonstop commentary and criticism provide nothing helpful to her drowning children. Mrs. Pascal quips, “People don’t raise children, people raise cattle, children just happen.”

Marty’s fiancé Lesly (Juliana Lustenader), who comes from a poor mining family in Pennsylvania, asserts that Jackie-O is simply spoiled and, with one beguiling gaze, exposes the family’s insolent self-indulgence. Are these elite families victims of their own isolation, or are they a Trump-like menace to the nation? Hang on for a tumultuous ride at the “The House of Yes.” It’s delightfully disturbing.

“The House of Yes” by Wendy McLeod, directed by Stuart Bousel, by Custom Made Theatre Company, San Francisco, through Saturday, April 29, 2017. Info: custommade.org