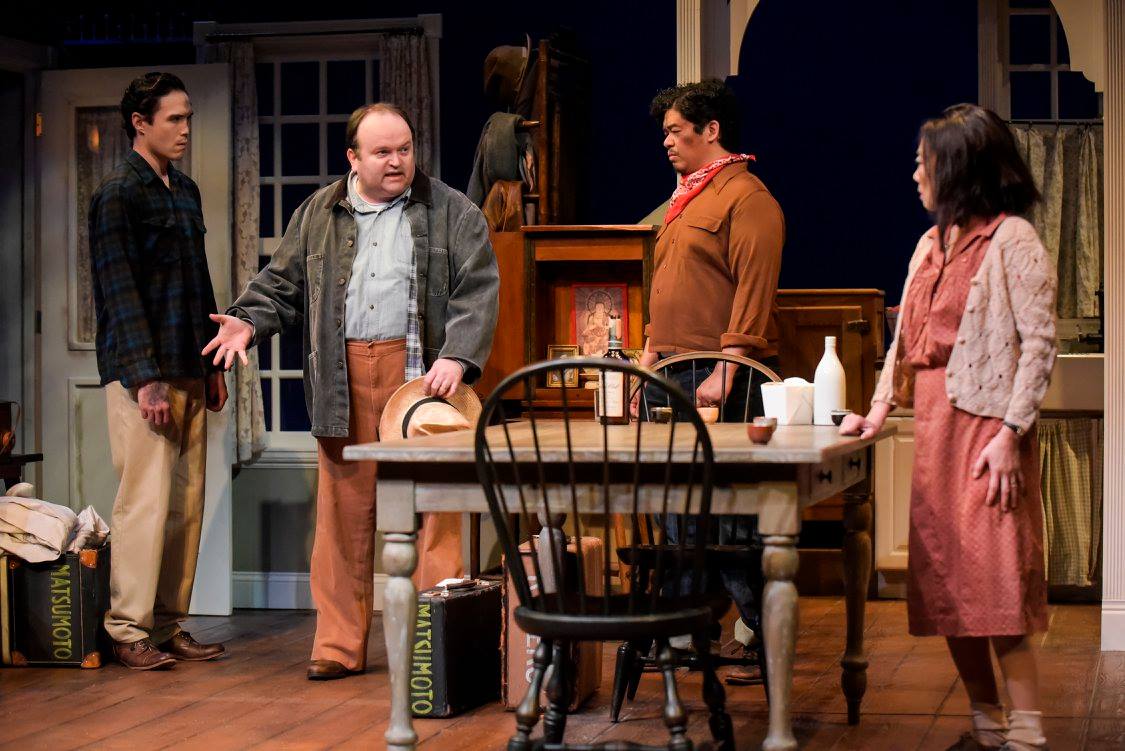 Playwright Philip Kan Gotanda gives us the feel and taste of a Japanese-American family’s isolation, when they return from internment—broken and bare—to their abandoned home in Stockton, California. After the Matsumotos were taken away and locked up for two years in a U.S. internment camp, they come home to  learn that their lives have  changed—for the worse. The terrible aftermath of the illegal incarceration of U.S. citizens comes across powerfully at Center REP’s production, at the Lesher Center, in Walnut Creek.

Speaking with playwright Philip Kan Gotanda, I found out where this historical play comes from: “The play is based on my Mother’s family. I wrote it to pay respects to the hardships that they went through during the war, and to show others that history must not be forgotten, but to be learned from.” The play is based on Gotanda’s own family’s history, and it has been emblematic of his writing career.

What strikes me about “Sisters Masumoto” is the critical dichotomy between Acts One and Two. In Act One, the actors embody their characters forcefully: Hideo’s heavy accent, Bola’s jolly nature, and Grace’s staunch traditional mannerisms. In Act Two, the built up tensions and energy explode into masterful performances, bringing the racial, political, and domestic catastrophes to a climax.

The Eldest sister, Grace (Keiko Shimosato Carreiro) is starkly proud of her family name, and holds the family together, offering hope. Her husband Hideo (Ogie Zulueta) quietly stands by her side. The middle sister Chiz (Melissa Locsin), a tomboyish optimist, is married to Bola (Tasi Alabastro), a man full of laughter and quite a bit of alcohol.

The youngest sister Rose (Carina Lastimosa), a sensitive dreamer, loses her fiance in WWII, and looks elsewhere for love. Rose falls for Henry Sakai (Alexander M. Lydon) an old childhood friend who brings the family back to the times before the war. Mr. Hersham (Colin Thomson), another family friend, plays an ambiguous role, as he timidly visits the Matsumoto’s, and reveals a dark secret.

The real peat soil on the stage and the spectacular roof floating by wires capture the farmhouse settign, perfectly. Antique tables, chairs and knick-knacks are scattered around the living room, making it even more old-fashioned. We can “feel” the layer of dust that has settled on the house and land, after their years in the U.S. concentration camps—later declared illegal and unconstitutional, years later.