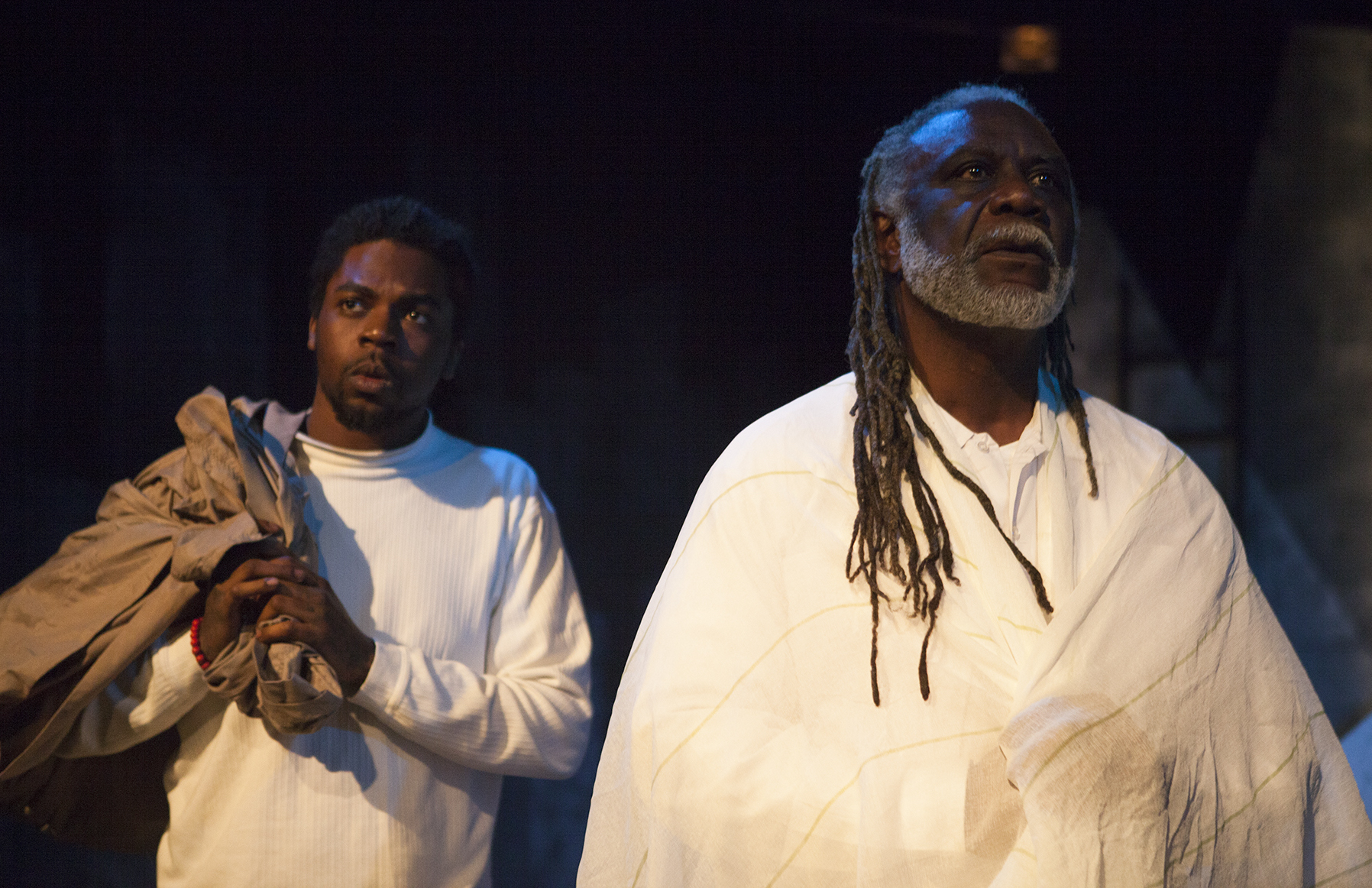 Power of the people keeps the flame growing strong.

American society is a web of contradictions.  We have broken the mold of change by creating new cultures, mores, institutions, products, and processes.  Yet we vigorously resist change that wends too closely to our own doorstep.

Oakland’s Ragged Wing Ensemble and its partners have created an interesting theatrical mash-up in response to recent real life events.  The trigger was the ground breaking for a high-rise a half block from The Flight Deck, where the play has its world premiere.  An associated theme is fire.  Despite fresh memories of the tragic conflagration at the Ghost Ship in which 36 people died, fire’s other face represents light and hope.

The conceit of the drama is that a high-rise building has appeared in a former parking lot—overnight. Three narratives that relate to the shock are told, each by a different playwright and theater company. Although revision would benefit “Overnight,” it offers a provocative look and thoughtful insights into the inexorable crush of urban development.  The set ups follow:

“Talk to me” is a two-hander in which a black graffiti artist whose home was lost to fire clashes with an Asian immigrant building cleaner.

“Manifest” supplies more complexity.  A construction negotiator from Detroit stops at a coffee shop across from the proposed site, shocked to find that the high-rise has already been erected.  She is staying with two friends weary of rapid change; they are contemplating an escape to Minneapolis.

Finally, in “Ticky, Ticky. Boom!” a self-indulgent young woman just jilted by her fiancé comes upon two figures huddled on a park bench.  It seems that one is God and the other an acolyte suffering from the bitter weather. This final story would benefit from a stronger association with the high-rise.

These vignettes unfold against simple, yet striking staging by Lili Fore, with powerful sound by Ella Cooley, and lighting by Keira Sulllivan.  Large, grayish, shard-like building pieces connect to stairs and platforms to comprise the set, with shiny ladders leaning against the gray walls.  Prop changes accompany each new story.

So, what are we to make of the premises?  The stories constitute a modern morality tale in which the high-rise represents disruption and a challenge to our values.  It changes the character of neighborhoods, displacing residents of modest means who are rooted in the community. The new residents are younger, more upscale and transient types, who may never connect to the locale.  As the displaced graffiti artist utters to the building cleaner, “This building is not for us.”  He adds that painting it with flames “makes it feel like home.”  But at the same time, the building provides economic stimulation, producing livelihoods, starting at the bottom with cleaners and moving up.  We are forced to contemplate the dilemma: flight or fight? and if the latter, how?

Passivity washes over the people who are confronted with change, and the most amusing sequences come from two “valley girl” barristas selling $4 lattes at the coffee shop.  With numbed expressions, they speak and mime the actions of coffee making in unison, oblivious to all else.  History has demonstrated that people have a tendency to accommodate measured change without realizing what is happening to them.  Upheaval more readily precipitates response, as when the jilted bride must focus on the needs of others than herself.  Perhaps the barristas will also be moved to action.

Effective and well executed dance “Interludes” enhance the drama.  In separate installments, three black-clad dancers depict observing the new building with surprise; struggling on invisible tightropes and fighting the wind, unbalanced by the change; and finally, being moved around unconsciously as if repeatedly resettled.

A largely youthful cast performs admirably, led by mature veterans: Lily Tung Crystal as Liang, the cleaner; and Reginald Wilkins as Upper—that’s God to you.  “Overnight” elicits strong emotional involvement, but it could benefit from stronger connective tissue between the stories.  As an illustration of the technique, the movie La Ronde sequentially tells of 12 illicit love affairs, each resulting in break up.  One of the partners from each break up then becomes a partner in the couple of the following episode, so that the stories are linked by shared characters.