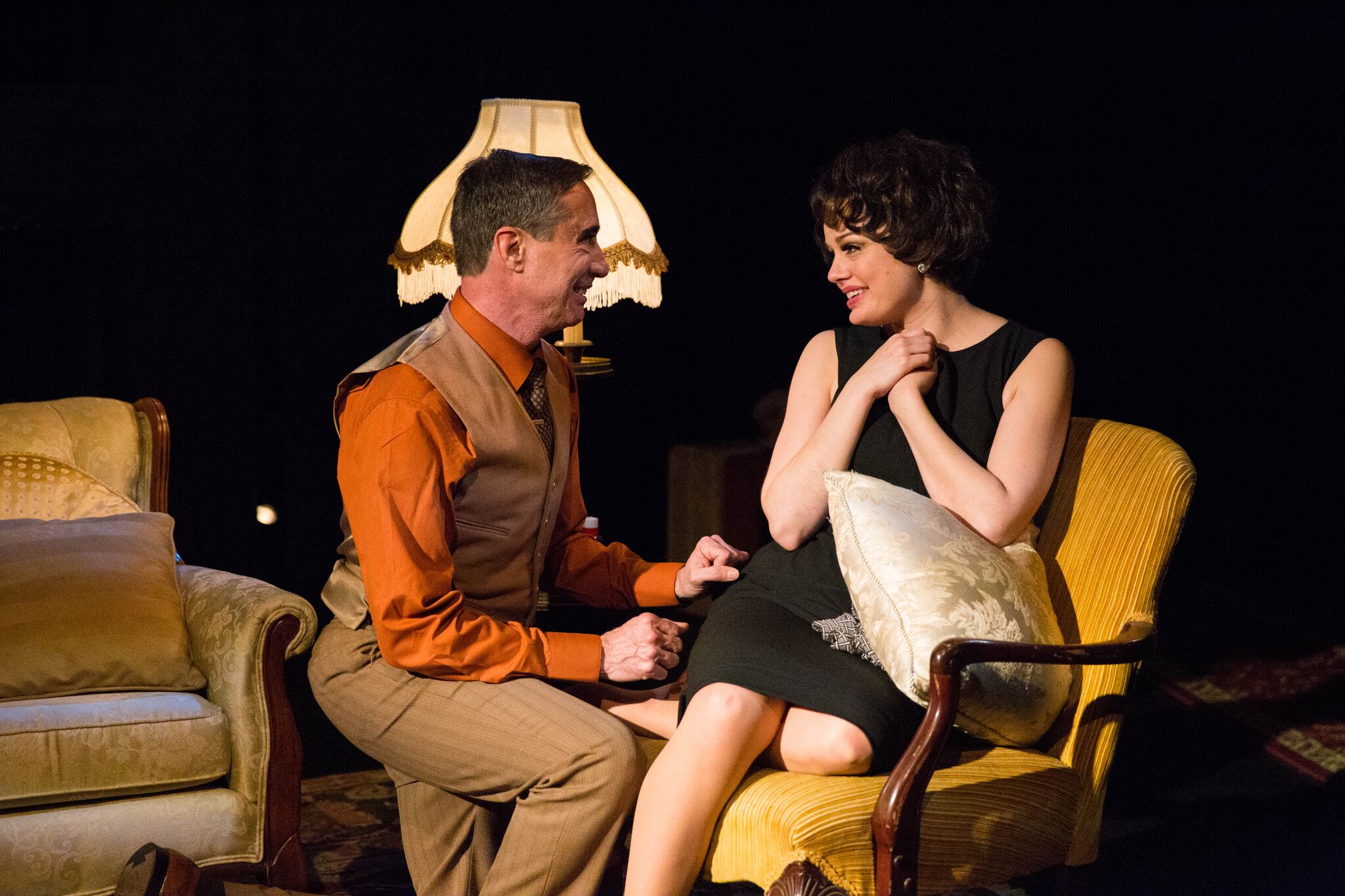 It is 1968 in a hotel room in London at the Ritz where Judy Garland (the spectacular Janelle Lutz) arrives with her fiancée Mickey Deans (the younger, suave Clinton Williams). Judy is playing a five week stand in a comeback tour at the Talk of the Town. Judy complains about the size of the room and the lack of alcohol.

They are interrupted by the piano player Anthony Chapman (the superb Clay David), let in by the hotel to tune the piano. Despite their past conflicts, we can see that Chapman is infatuated with Garland and committed to helping her succeed. Garland does not miss a beat and renews her old friendship with Chapman, her pianist on a disastrous Australian tour. Chapman, a droll Englishman with an acerbic wit, finds his match in the equally sarcastic Judy Garland.

Playwright Peter Quilter wants us to see Garland, warts and all, at the end of her career. Although her voice is failing–she is an alcoholic and drug user, she shows her stuff onstage. Quilter deliberately chooses the end of Garland’s life to contrast her highs and lows. It is a bit jarring to watch her fall, leaving us longing to help her.

Clay David is wonderful in portraying Chapman’s transition from an aloof Englishman to a compassionate friend. He wants Garland to come live with him in a small cottage in the English countryside—not as a partner but a companion.

Perhaps Chapman assumes too much, when he speaks for the entire gay community, telling her how much she is adored by gay men. In those days of wide-spread homophobia, gay men identified and sympathized with Judy’s oppression and abuse by movie and music moguls. In turn, she was always a strong supporter of gay rights.

Janelle Lutz treats us to her singing ten Garland hits, magnificently delivered. Lutz’s outstanding performance brought the audience to its feet and rightfully so. Judy ends the show with “Over the Rainbow,” but with a special bitterness in the final lines: “If happy bluebirds fly beyond the rainbow / Why, oh why can’t I?”

“End of the Rainbow” by Peter Quilter, directed by Jenn Bevard, by OMG I Love That Show! Productions at the Lesher Center for the Arts, through Sunday, April 23, 2017. Info: omgilovethatshow.com