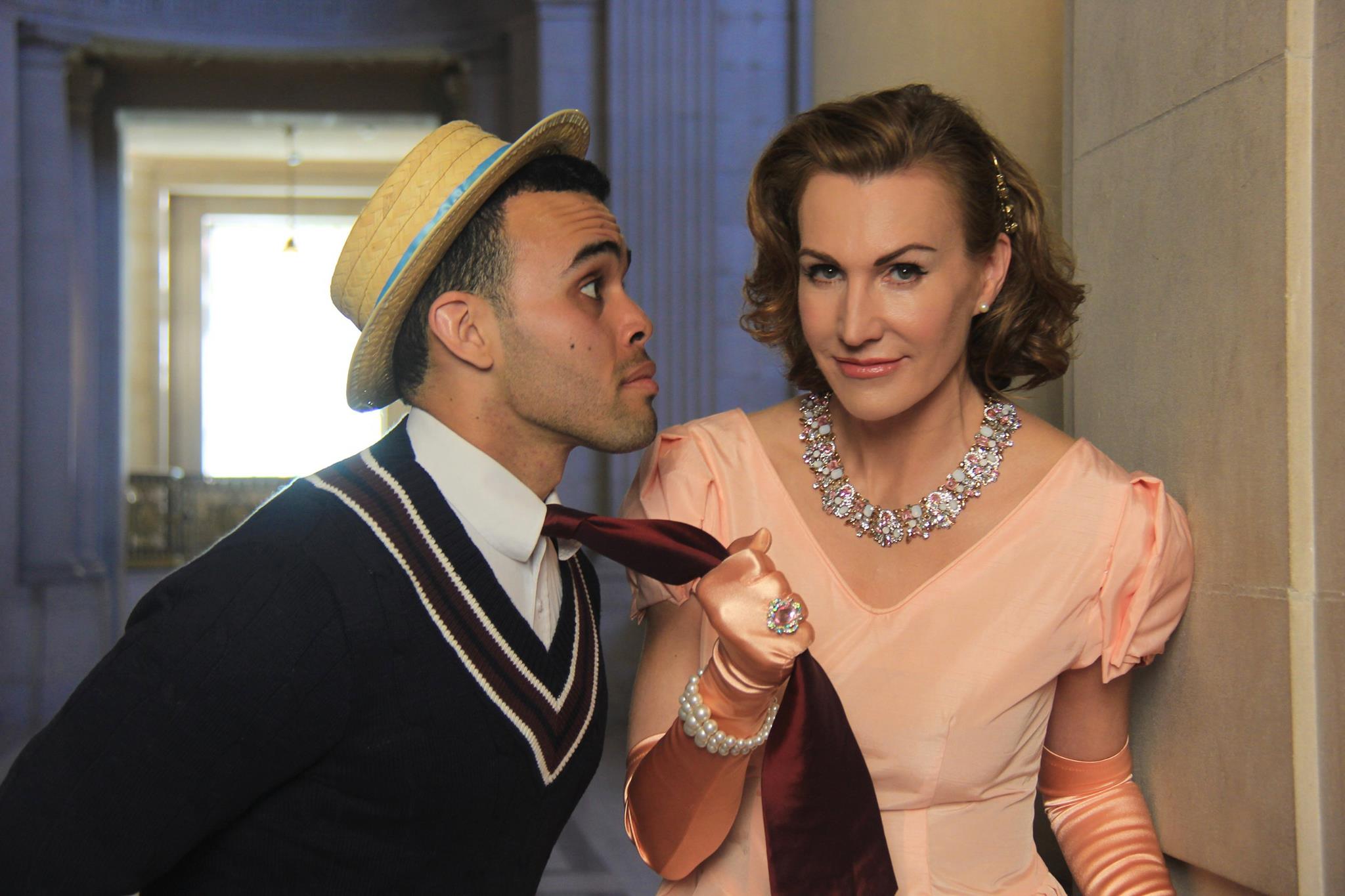 Death, betrayal, incest, intrigue, mendacity.  Just another day in the lives of the ancient Greeks.  This installment, Jean Racine’s 17th Century treatment of Euripides’ “Hippolytus,” reveals the treachery  of Theseus’s wife, who is impelled to defend her son’s claim to Theseus’s crown, and to keep her stepson, Hippolytus, from succeeding.

Racine’s French script, as translated by Rob Melrose, is brilliantly concise. Cutting Ball Theater’s production is directed by Ariel Craft at breakneck pace, requiring intense concentration in the early going.  Future attendees are well advised to prepare by reading a summary of the first two or three acts.  The payoff?  This is a highly rewarding neo-classical tragedy with acting that is near matchless.  Leads, Courtney Walsh as Phèdre and Ed Berkeley as Hippolytus, are breathtaking, and the remaining cast members are totally compelling.

As the play’s start, King Theseus of Troezen has been absent for six months and is presumed dead.  Hippolytus, his son from a previous marriage with a “foreigner” (this is significant), announces that he will search for his father.  His true motivation is to seek and fulfill his love for Aricia, the only survivor of the previous royal family, deposed by Theseus. Meanwhile, Phèdre’s unrevealed passion for Hippolytus drives her to irrationality.

A valid question: “What benefit do we derive from watching neo-classical French theater?”  We don’t have the same issues as demigods and royal families, and values have changed quite a bit. But we do have the same human passions and interactions and conflicts.

Courtney Walsh almost bursts from her skin as Phèdre—tooth gritting, contriving, and desperate.  Costumed in a 1950s cocktail party wardrobe, she wears the secrets and hypocrisy of that era. Tortured by guilt from her illicit lust, Phèdre rants in her mad scene about unresolved internal conflicts, and confides to her trusted maid, Oenone: “I’d rather die than make such a dire confession. … I stink with incest and with perjury.”  Walsh’s physical flamboyance is expressive and dominates the stage.  And in this small theatrical space, the closeness and emotional expression are so powerful that the viewer feels privy to Phèdre’s inner sanctum.

For those of us who see Trumpian menace in many of life’s experiences, Phèdre offers the great example of power gone mad. At Oenone’s suggestion, Phèdre concocts to redirect anticipated public scorn by accusing Hippolytus of her own transgressions.  What clever thinking!

Yet, Phèdre evokes some sympathy.  Intrigue over succession is almost inevitable, and by Athenian law, her eldest son should accede to the throne, so it is hard to fault her for defending his right.  If lust is her crime, the sexual drive of a mature woman is certainly natural, and her intended, Hippolytus, is not blood related. Woody Allen created a similar scandal a few years ago, with genders reversed, when he not only yearned for his stepdaughter, but actually married her.  Allen’s professional life seems unaffected by his indiscretion.

Hippolytus suffers conflict as well, but his is more externalized.  Morality does not challenge his love for Aricia, but rather the proscription by his father.  Although Hippolytus elicits our sympathy, he claims, “I push virtue to the point of rudeness.” He clearly rebels against the law of the land, saying, “… a humiliating law seems to reject me as King. Greece reproaches me for having a foreign mother.”  Ed Berkeley owns this role down to the ground.  His rich, resounding voice and powerful appearance impart the muscular qualities of the character. His conviction and confidence embody the royal lineage.  His forward momentum counterpoints Walsh’s flailing disarray.

A current vogue in remounting a classic play is to find humorous sub-text in its script.  Sometimes it works.  Sometimes it is a distraction that breaks the mood. In this play, the humor largely works, especially in a light-hearted approach toward the character of Aricia.  Wearing old-time Keds-like tennis shoes and a skirt that looks like she has been playing in the mud, Aricia hardly appears to be mating material for a would-be king.  Cecily Schmidt charms as the ingenue and captures a teenage persona with wonderfully bright, fresh innocence.

“Phèdre” represents another in Cutting Ball’s recent string of adeptly updated classics.  It is well worth the investment of any theatergoer’s time. “Phèdre” by Jean Racine, translated by Rob Melrose, directed by Ariel Craft, by Cutting Ball Theater at Exit on Taylor in San Francisco, plays through Sunday, May 21, 2017.  Info: cuttingball.com