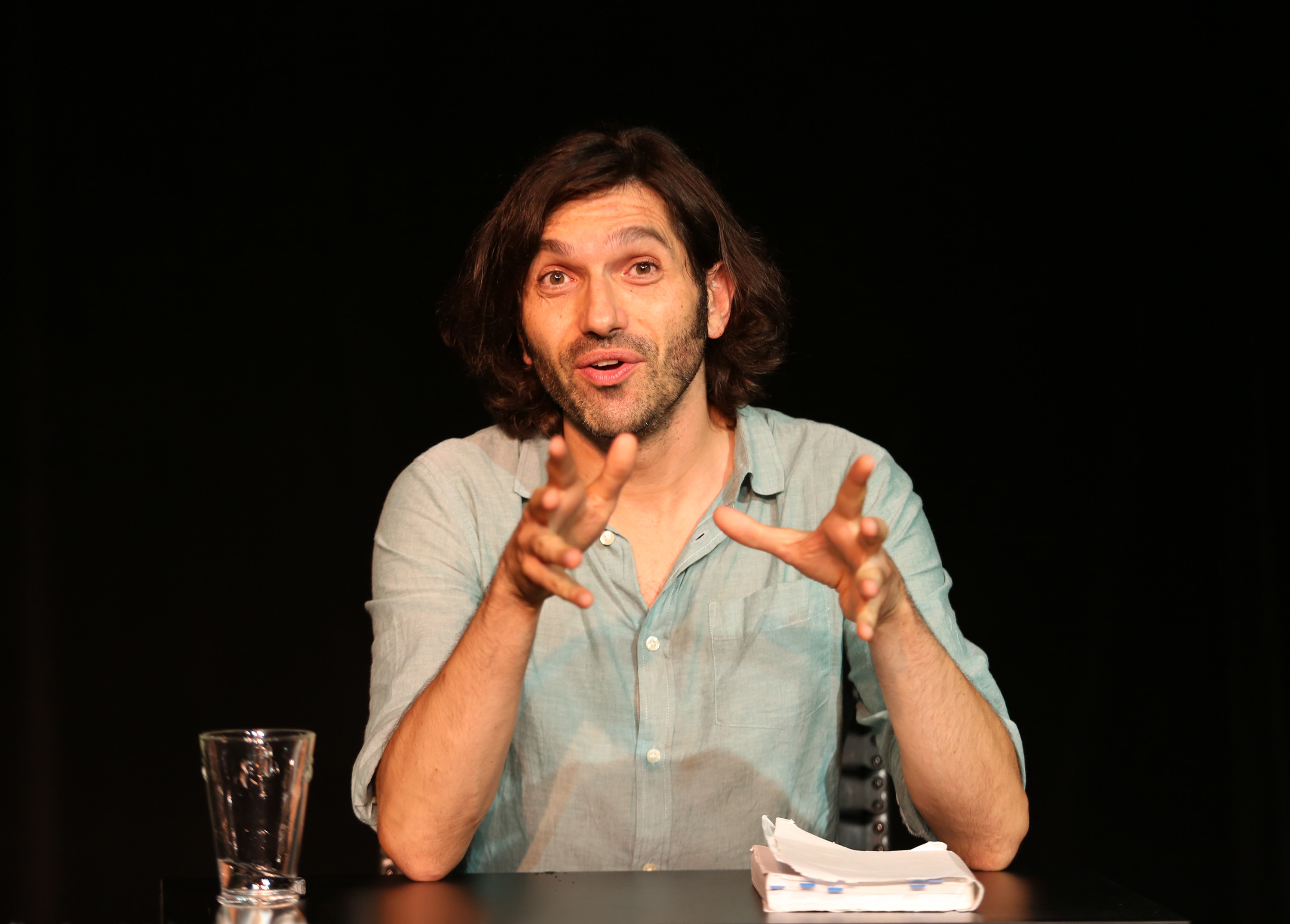 For those who are experienced trippers or curious about the mystic world of psychedelics, Adam Strauss paints a vivid portrait of one man’s personal experience in the wide realm of mind-altering drugs and how they play with the demons of insanity.

Strauss, a New York stand-up comedian, delivers a first-hand narrative of obsessive-compulsive thoughts, switching between two choices with increasing rapidity. Does he walk on this side of the street, which is sunny, or that side, which is cool? His speech accelerates and develops a flow reminiscent of rap songs. He needs the sun, Vitamin D is essential. Maybe the lack of sun makes him feel crazy. But then he’d have to take off his jacket, and his shirt is ugly.

Just at the elusive breaking point of sanity… sun, street, shirt, vitamins, ugly … when words become unintelligible and you think he can speak no faster, Strauss brings it back to a raucous joke. Or, he relives a heart-wrenching memory of a love that he let slip through his fingers.

It’s hard to tell which way his mind will go, and I suppose that’s his message about OCD. Regardless of how much you analyze one decision and its likely outcomes, or how often you check the other, you’ll ultimately end up at either one, or the other. Never both. Much like taking a turn at the Plinko board, you can spend all day analyzing which hole to pick. The fact remains that eventually you have to drop disc, and watch it fall. And as it turns out, the ball can fill only one slot. Adam Strauss struggles with the facts of reality—long and hard and humously. He warmly includes us in his whirling world.

While psychedelics enter his calculations, Adam’s life, his story is about overcoming personal demons. We share frustration and agony with him. As Strauss says, the psychedelics “just showed me I could change.” That sentiment is repeated in his OCD group therapy: “God grant me the serenity to accept the things I cannot change; courage to change the things I can; and the wisdom to know the difference.” No matter the tools you have, the drugs you take, or the people  in your life, you have to be the one who changes. Or at the least, the one who begins the change.

Strauss often hints, and outright states that the mushrooms, the psychedelic cacti, and the experimental psychedelics from China are not, themselves, a cure for his OCD. The drugs are a means to an end. They helped him accept his anxiety and learn to thrive despite it. They are a tool for self-exploration and healing.

Like all tools, the outcome depends on the person using them. Even though he fails to achieve nirvana, and his love for the girl from Kansas falters, he has become a visibly capable and insightful guy—and an hilarious story teller. His insights into his journey are rich, funny and helpful to all of us. I think we all can enjoy “The Mushroom Cure.”

“The Mushroom Cure” written and performed by Adam Strauss, directed by Jonathan Libman, at The Marsh, San Francisco, through Saturday, July 7, 2018.  Info: themarsh.org