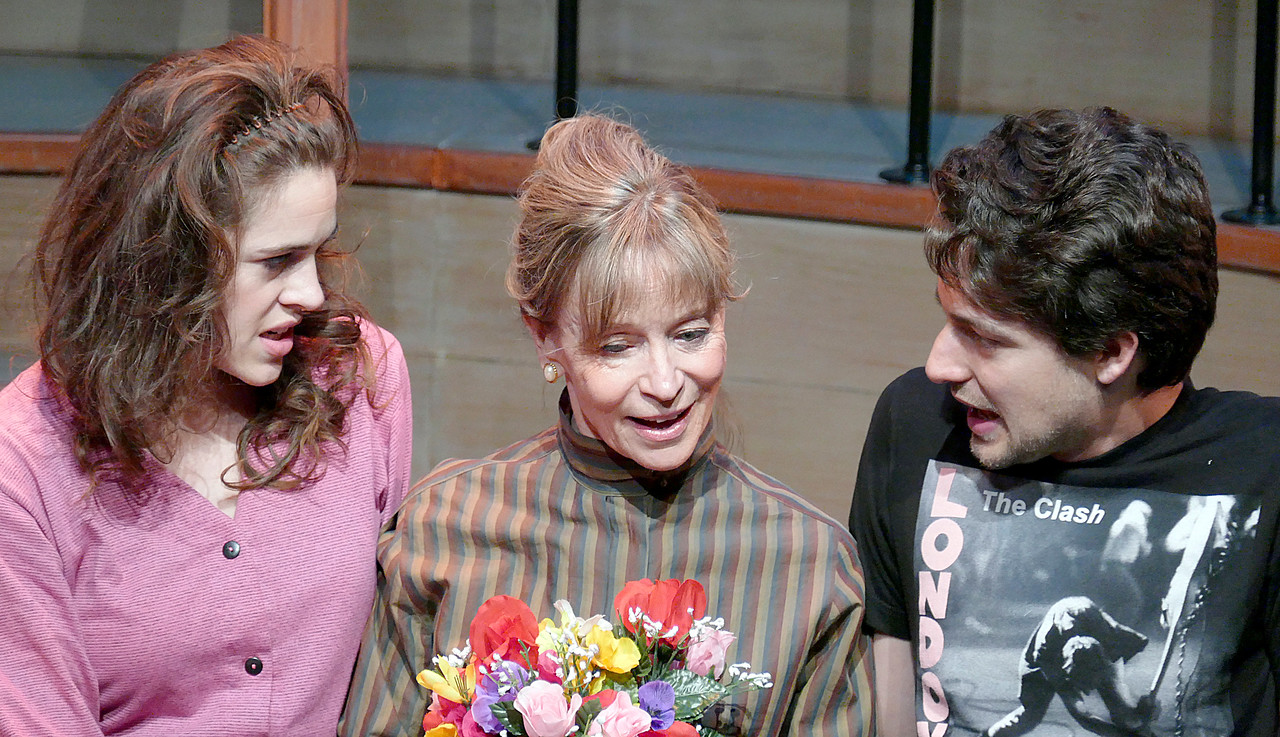 Alan Bennett’s story “Smut,” from the hand of a master of form, fiction, and fact, carries us through subtleties, secrets, and sleight of hand, as we watch Mrs. Jane Donaldson grow right out of her smiling sweet self into a sexy, sensual, smart Babe. Seniors have sex, too—get used to it!

“SMUT: An Unseemly Story (The Greening of Mrs. Donaldson)” by celebrated British writer Alan Bennett breaks a ton of boundaries. The charming English housewife-widow, Mrs. Donaldson (the irresistible Nancy Shelby) lives in a universe that abounds with sexual opportunities—and she is finally starting to see them. And to participate.

When Mrs. Donaldson becomes a widow, she is adopted by the doctors at her British National Health Service (we wish we had an NHS, too) as an actor-patient to teach young doctors in training. She bones up on diseases and symptoms, and then she re-enacts them for the new MDs, so they can practice their diagnostic skills. Actors do this “patient play-acting” in S.F. and Oakland hospitals, too. It’s a sweet way for starving actors to make some money—and practice their art, too. The set is a wonderful re-creation of a medical theater–with two audience members onstage, serving as more exhibitionist-voyeurs. Oh—Throw in a bit of drag, too.

But in Jollie Olde England, this pretend patient role-playing takes on a more prissy and patriarchal tack, with the older Dr. Duncan Ballantyne (a pompous, sex-starved Soren Oliver) and the younger doctors (Andre Amarotico, Phil Wong, and Rosie Hallett) playing their roles. Dr. Ballantyne is a delightful and scheming British aristocrat-type, who acts like a mother hen, with his several skittering MD chicks. He has his eye on Mrs. D., too. Almost everyone does.

When Mrs. Donaldson plays her part to the hilt, we realize that she’s got something special going on there—that she’s ready to go further than just being the sexually aloof widow her husband envisioned. Her delightful encounter with another faux-patient, the exhibitionist Terry Porter (the all-in, exuberant Robert Parsons) who opens his robe and flaunts himself at Mrs. Jane Donaldson will have you rolling on the floor in laughter.

Mrs. Donaldson rents a room to a sweet young couple, Laura and Andy (delightful, funny Rosie Hallett and Andre Amarotico), much to the consternation of her prudish daughter Gwen (a sassy Delia MacDougall). Well, Laura and Andy run out of funds to pay the room rent, so they make an offer to Jane D. that she cannot refuse. And I leave it to you to savor what that offer might be. It ain’t cupcakes, sweetie! Try voyeurism for starters.

Mrs. D., as played by the incomparable Nancy Shelby, opens to her new opportunities, ever so quietly, sweetly, and smartly. She is never shocked and usually ready for what’s on offer. So, what’s the theme here? In a strikingly directed story—in the great Word for Word style, by Amy Kossow—we are treated to the glories and the seductions of life—even in England. A woman with brains, desire, and curiosity—or a man—is ready at any age to green along with the years.

Seniors wanna have Sex. And they are doing IT. The Bay is awash with cross-generational Young-Old sex plays—we have seen several this season. Well, we’re not complaining—we are crossing more barriers, with the brilliant cast and crew at Word for Word, at Z-Space—Bravo!  See this show—you will learn something about the NHS, the Brits, reveries, rebellion, and sex. Really, what’s not to like?

“Smut: An Unseemly Story (The Greening of Mrs. Donaldson)” by Alan Bennett, directed by Amy Kossow, by Word for Word, at Z-Space, San Francisco, through Sunday, June 11, 2017. Info: zspace.org