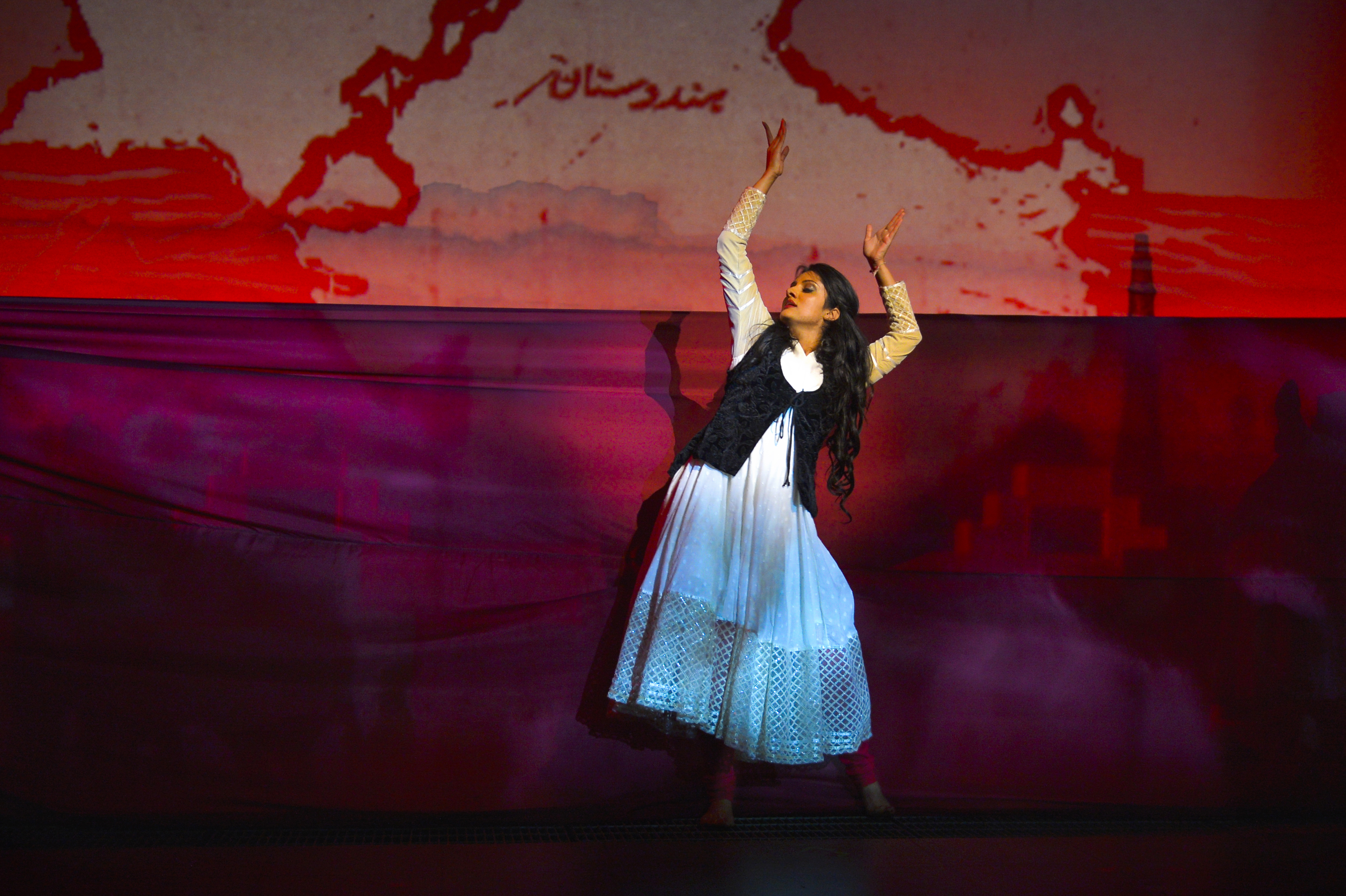 Mira Nair Whips Up a Wonderful Marriage of East and West

Director Mira Nair must have decided early into production that she wasn’t going for a soft, dramatic performance. “Monsoon Wedding” is wild from start to finish. The world premiere musical at Berkeley Rep is based on her 2001 film, with added music and dance numbers—an altogether new creation.

Although I’m not a big fan of musicals, the vocal performances by PK Dubey (Namit Das) and Alice (Anisha Nagarajan) are lyrical and lovely. The romance of Dubey and Alice, the two lovers from the working class—he’s the wedding planner and she’s a servant–forms the heart of “Monsoon.” And they steal our hearts.

Indians take their singing seriously, and these enchanting lovers make it an authentic Bollywood romantic musical.

Director Nair knows exactly what she is doing: she embraces the cheesiness that comes with the lyrics for an Indian film. The big cast performs so many scenes professionally and warmly. As for the lyrics, they are noticeably corny and predictable—emphasizing the Bollywood spectacle.

The book by Sabrina Dhawan tells the story of a wealthy, spoiled Indian bride, Aditi (Kuhoo Verma), and her clueless, naïve U.S. groom, Hemant (Michael Maliakel), as they stumble into a transcontinental  arranged marriage. Aditi’s father, Lalit (Jaaved Jaaferi) acts as lord of the manor and apologetic host to his U.S. visitors, with a powerful and warm-hearted performance.

As a side-plot, Aditi’s serious, social-worker cousin Ria (Sharvari Deshpande) has a secret that keeps her apart. Stay tuned for more family secrets involving uncle Tej (Alok Tewari). The vast and extensive Verma family figures out how to unite and celebrate during complicated and trying times.

The central arranged marriage between Aditi and Hemant achieves the right degree of awkwardness and comedy. Aditi lacks confidence in herself, making her careless and dangerous; while Hemant is stuck in his own American dream world. Hemant’s soaring baritone occupies a singular register when compared to the melodic tones of others—standing out in his alienation in an exotic India.

The set is inventive, elaborate, and spectacular: from large swings and colorful gliders to a funny horseback and steam train scene. The rapidly changing scenes contribute to a unique blend of comedy, art, and excitement. Yellow marigolds on long, long strings drape everywhere, covering us with flowers and joy. At one point, the two worker-lovers float into the air and embrace, embodying a cliché in a floating wonder.

“Monsoon Wedding” proves to be quite the performance, with authentic Indian singing and adaptations of traditional—and sexy—dances. Nair shows us the complications of a traditional Indian marriage, acknowledging and engaging us. She invites you to come along to the whirlwind, the music, the brilliant storm of “Monsoon Wedding.”