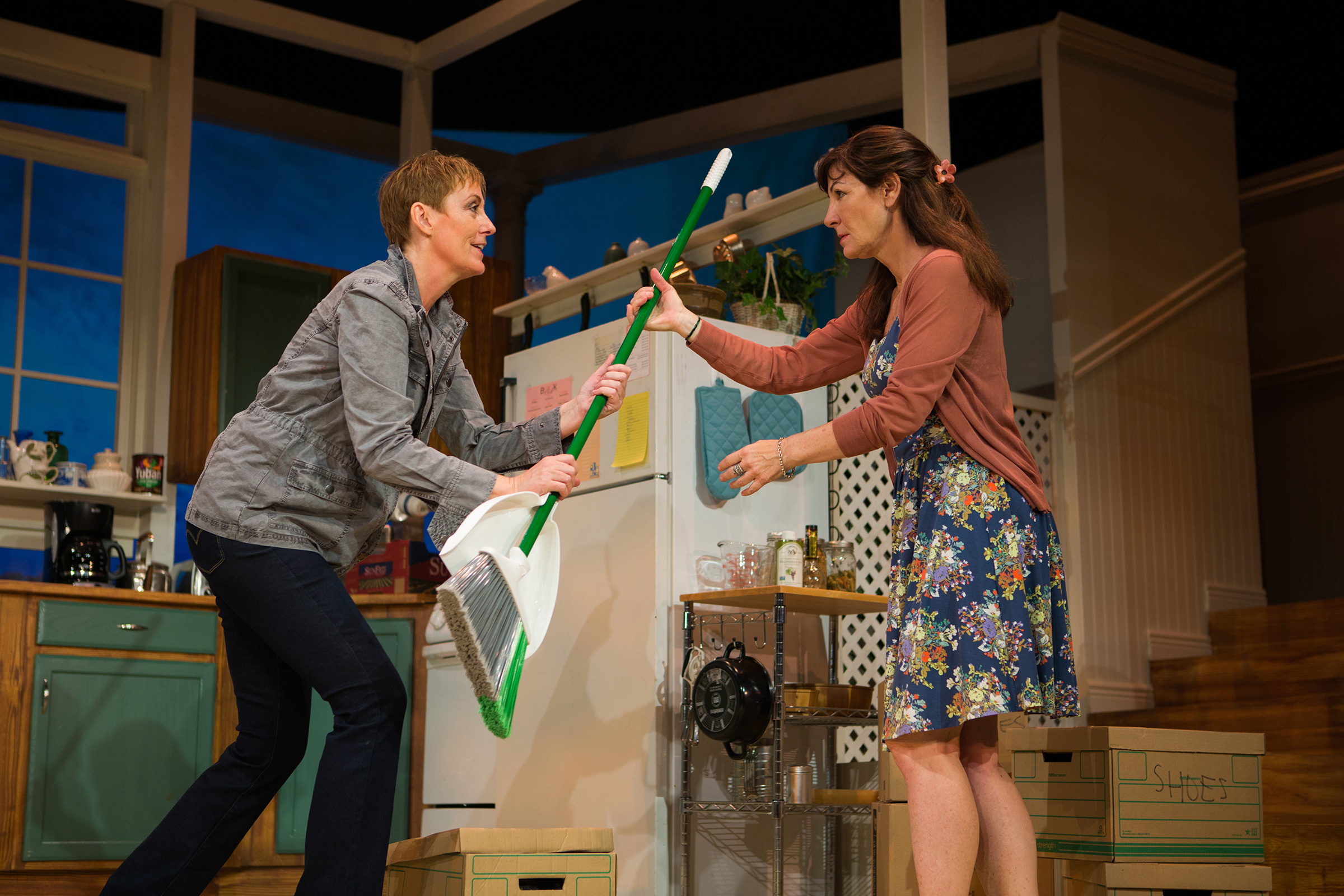 They say relationships teach us about ourselves, and that we grow after each one ends. Jen Silverman’s “The Roommate” gives us an introspective glimpse into two retired women as they fondle the unexpected. Silverman’s dark comedy follows a Midwestern homeowner Sharon and Robyn her new, wilder roommate from New York City.

Fleeing New York, Robyn simply wants to keep the environment calm and resist temptations. But Sharon 2.0 wants expansion and excitement after learning about Robyn’s past. She wants to live as she’s never lived before, even risking Robyn’s relapse into the fast lane. Jen Silverman brings out the rich comedy when two radically different women become roommates and friends.

The two women meet for the first time in Sharon’s typical pastel-colored kitchen in Iowa, complete with cozy patio. Their relationship plays out on S.F. Playhouse’s smartly designed, homey set by Nina Ball.

Straight laced, goody-two-shoes Sharon (the hilarious Susi Damilano) seeks a roommate to make ends meet. Sharon finds free-spirited Robyn (a cool Julia Brothers), a vegan from the Bronx, carrying a box of fresh vegetables. Up-tight Sharon has never had a roommate before. We feel their awkwardness as Sharon openly casts a skeptical eye on Robyn’s diet and sexual preferences. Damilano’s Sharon gives herself away with priceless facial expressions and stuttering attempts at conversation.

We see the days pass, as they get to know each other, through lovely projections of dawns, clouds, and starry nights. Secrets and fantasies reveal themselves in the witty banter between the two 50-ish, retired mothers. They become a true odd couple, who become more and more curious about each other.  Is Sharon really this boring? Is Robyn really this carefree? Surprises abound! You have to be there to laugh and appreciate them, as they arrive.

We wonder what Sharon and Robyn have in common. Loneliness raises its head, when both women leave multiple messages on their distant off-springs’ voicemails. Their body language and tone become more relaxed, from scene to scene. You feel like a fly on the wall, as their connection gets funnier, grows and changes. Superb acting brings the mysteries of their personalities to full, deep humanity.

“The Roommate” sheds light on our overlooked similarities to others, even though it seems easier to focus on differences. Sharon and Robyn are like a marijuana plant, some call it a medicinal herb, while others simply call it a drug. Robyn and Sharon are two people searching the world for their real identities. You will find their exploration, their comedy, and their sensitivities brilliant and familiar—they could be us.